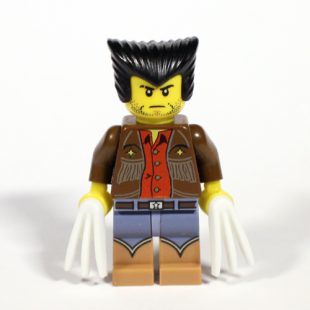 Imgur user Autorazr has created nearly 130 custom LEGO mini-figures based on characters from the Marvel Universe.

When it comes to the Marvel Universe, LEGO has already produced some <a href=http://marvelsuperheroes.lego.com/en-us/default.aspx>fun sets stocked with equally nifty mini-figures based on some of the most iconic (aka: currently most popular) characters in the comic company's vast catalog of heroes and villains. That being the case, there are still some substantial holes in the LEGO lineup that have yet to be filled.

An Imgur user, Autorazr has recently taken on the task of recreating as many Marvel heroes and villains as existing parts (and his imagination) can put together. The current results, in turn, are fairly daunting, with nearly 130 separate images currently released portraying dozens of figures from the company's various franchises.

Granted, not all of them are fantastic. That being the case, I was personally impressed by just how well Autorazr was able to come with a lot of the characters he chose to recreate. Setting aside some nice Wolverines there's a really amusing version of the Blob (complete with a Ralph Wiggum head), a nice looking Winter Soldier and a really cool rendition of the Silver Surfer and Dawn Greenwood (read the new Silver Surfer, by the way). All in all, it's a valiant effort and my sincerest hope is that Autorazr decides to press on and create even more custom mini-figures to help represent the characters LEGO doesn't get to or find marketable enough to bother with.

StewShearer said:
a really amusing version of the Blob (complete with a Ralph Wiggum head)
Click to expand...

Hmmm... The Blob versus FMA's Gluttony... Wonder who would win...