I should stop buying on release day, $30 is an great deal for a game that's amazing till the last 10 minutes 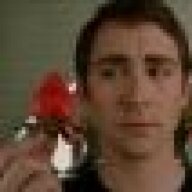 We're reading way too much into this, guys. Most games' prices drop nowadays really quickly online. Skyrim did the same thing.

RJ 17 said:
What you dont know is that I too am a dick.
I AM NOW INITIATING DICK TO DICK COMBAT

You'd be amazed at how often that LITERALLY happens in the animal kingdom.
Click to expand...

-1 interwebz for misquoting me


The_Blue_Rider said:
What you dont know is that I too am a dick.
I AM NOW INITIATING DICK TO DICK COMBAT

As you can see, Blue Rider said what you quoted, not I.

Mass Effect 3 is an amazing game, definitely on the same level as the previous two. All the focus on the ending has made people forget that.

Wont get it till it's on Steam anyway.

If you have played the previous games, it is at least one of the best games this generation. It does have one of the worst endings ever but that does not make the game up until that point any less fantastic. 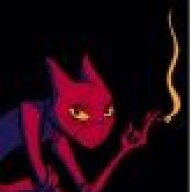 It's selling for $30 as part of a 24-hour Amazon Gold Box deal, this is not a permanent price drop.

I haven't played the game myself, so I can't really comment on the game's quality, but a few of my friends, who are diehard Mass Effect fans, did not care for the ending. That said, they still enjoyed the game quite a lot, and are getting a ton of mileage out of the multiplayer. Seriously, it's like all they play these days.

AnarchistFish said:
Mass Effect 3 is an amazing game, definitely on the same level as the previous two. All the focus on the ending has made people forget that.
Click to expand...

I guess I'm the only who thought it was shit. I played it only to view the ending to see what the fuss was all about.

Did you play ME1 and ME2? There's no point in playing it if you haven't.

I bought it for 30 bucks like 2 weeks ago from another online website, zavvi.nl [http://www.zavvi.nl], and yeah, it's worth that amount of money really.

The thing with Mass Effect 3, is that even though the ending is complete and utter shit, the rest of the game is really, really, REALLY good. Which is terribly sad and ridiculous.

Get it, you won't regret spending 30 bucks on hours of good entertainment. Just take the ending with a truckload of salt.
T

Space Spoons said:
It's selling for $30 as part of a 24-hour Amazon Gold Box deal, this is not a permanent price drop.
Click to expand...

This. It is a sale.
Speaking of sales. ME3 has sold over 3million copies, outselling ME1 and ME2. So there are a bunch of vocal detractors, but they are a very small percentage of those who bought the game.

I think the game is great, including the ending. I think it is the best of all three--though ME2 was also really brilliant.

Darknacht said:
I just noticed that Amazon is selling Mass Effect 3 for $29.99, its only been out a month and a half, is it really so bad that no one is buying it?
I know most people did not like the ending but most people I have talked to said it was good for the rest of the game, doesn't this seem a little soon for this big of a price drop?
Click to expand...

There is no Roll Playing in ME 3 (There are only Paragon and Renegade choices for Dialog. and All of Shepards lines that don't immediately follow a "Renegade" choice are far too nice)
The script (While the dialog is brilliantly written) is laden with plot-holes and stupidity. (Udina's a councilor, regardless of ME 1 choice. Cerberus is a bad guy, regardless of ME 2 choices. James calls you "Commander" even though you weren't in the military for all the time he's known you. and many many more that would count as spoilers)
The controles are frustrating (5 different extremely important commands commands on 1 button)
Most of the enemies have incredibly cheep attacks.
Everything besides shooting has been stripped from the game (They even made planet scanning worse)
In order to get the Sarcastic air-quotes"Best"Sarcastic air-quotes ending you need to grind through several hours of multyplayer right before you take on the final mission. (Which is exactly the place when the emotional tention should be the highest and there fore it's the last place you want to stop and change your gameplay gears to multyplayer.)
Then the ending was so bad that it retroactively ruined the entire series. (It rendered everything you did moot, it offered no closure, ect, ect

Devoneaux said:
Let me put it this way.

BECAUSE THAT SITUATION IS TOTALLY COMPARABLE TO A SUB PAR ENDING OF A VIDEO GAME, RIGHT GAIS?!?

Give me a break. It's no where near that bad, and the rest of the game is so damn awesome that telling someone NOT to try it is doing that person a disservice.
Click to expand...

Oh it's completely comparable. In either situation, without a proper ending, you might as well not have bothered. The ending is the most crucial part to a story/blowjob, if it isn't satisfying, or at the very least, functional, then it leaves you feeling frustrated and quite pissed that you wasted time on something with a shitty payoff.
Click to expand...

No, it's not comparable. I have a friend who had his dick bitten at the end of a blow job once. It scarred him for life! Literally and figuratively!

Funny (but true) story aside, it really isn't comparable.

The finish is the most important part of a blow job.

But with stories, majority of the time the most important part is what leads up to the ending, and the characters you meet along the way. A good ending makes a story better, but a bad ending doesn't make a great story bad. It makes it a great story with a bad ending.

People could still get 30+ hours of enjoyment out of the game. I think that's worth sitting through 15-20 minutes of blah.

It's just a sale. But to chip in with the discussion, until the ending it was brilliant, but then the ending was depressingly awful, so yeah. It depends on what 'officially' ruins a game's quality.

EA refused to give GAME ME3 due to game being in debt and a bit of a risk, so GAME had no stock of ME3.

GAME in my town now has more stock of ME3 than it knows what to do with due to quite a few people trading it in.