LadyRhian said:
Looks awesome, and Martin Sheen as the Illusive Man is all kinds of win. Still... Origins puts me off. A lot.
Click to expand...

this is why i'm glad i play the xbox it means i don't have to worry about origin :/ i feel sorry for bioware fans on pc

When the video came to Keith David/Anderson I came. Man that was so inappropriate but hey, the man/character is a legend! 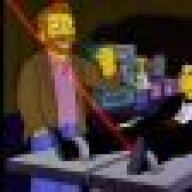 Tali better have a big presence in this game. I'm now a little concerned now with the voice actors they didn't show. C'mon Bioware. You don't need to be ashamed about Commander Shepard. I think his voice is fine.

Ahh fuck me. I'm now officially excited for this game. Don't let that get to your head Bioware. You've already let me down with the last two.
Click to expand...

Eh, I wouldn't worry too much about the characters they didn't show; I mean they didn't show Garrus, Kaiden/Ashley, or ManShep either...and I'm pretty sure those guys will be featured pretty prominently

Ali Hillis and Jennifer Hale are back <3
No surprise there but I'm so glad.

I don't hate Jessica Chobot but...what the heck is she doing in Mass Effect 3??
As for her character, something went very wrong in trying to recreate her face.

ShaneGunWolf said:
Anyone else think that Jennifer Hale absolutely SUCKED as a voice for the female Shepard? I sure as hell did. That's why I'm only finishing the trilogy as a male.
Click to expand...

You get that heresy out of here before I call down the fury of an Imperial Inquisition...
Click to expand...

You know what this requires. Exterminatus.


The Pinray said:
My one question is whether or not Mordin is reprising his role. I want him back!
Click to expand...

Mordin was in some ME3 footage awhile back and sounded exactly the same. Looks like everybody's coming back for the finale.
Click to expand...

Oh I do hope you're right. Mordin is one of my favorites. I guess I'll find out officially in the demo this Valentine's Day!

Also, I'm on the Mark Meer train, as well. I feel like Hale is forcing it most of the time with the fake gravelly-ness to the voice.

But it's apples and oranges. Meer and Hale both do great jobs, I just don't know why the internet lauds Hale as some sort of goddess for her work as female Commander Shepard. I'm guessing it has to do with her previous roles (Like Bastila Shan) painting her in a positive light from the get-go... But this is coming from someone that didn't enjoy Knights of the Old Republic.

Regardless, Mass Effect 3 is shaping up to be one hell of a game. I'm so excited to see how it all plays out!
Oh well. Extremely excited for this 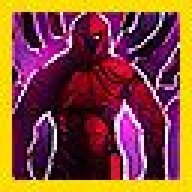 DarthAcerbus said:
But but...the Illusive Man and Joker are very clearly based off of Martin Sheen and Seth Green...and they're awesome...
Click to expand...

Yeah, I thought about this more in depth too. The default male Shepard is also based on a real person; Liara and Samara are as well.

So, I've narrowed my previous statement down to reflect that only human females based off of real people look weird in the ME universe.
Click to expand...

It's probably the long hair-that-doesn't-move-like-long-hair-should. 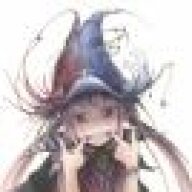