Mass Effect: Andromeda is Getting a Companion App

Mass Effect: Andromeda is Getting a Companion App

The app is available in select countries now, and will release worldwide on March 20.

Mass Effect: Andromeda is slated to receive a companion app for the game's multiplayer mode. The app is already available in Canada, Ireland, Romania, and Singapore. It will release worldwide on March 20.


The app, APEX HQ, will let you monitor your progress and see how you're doing in multiplayer challenges, adjust your character's loadout, spend or re-spec points, and more.

You can check out some of the features, detailed in the announcement [https://apexhq.masseffectarchives.com/en/], below.

Home
Here, you'll get a snapshot of your multiplayer progression so far.
Each widget on the homepage is customizable - you choose which ones to show or hide, and the order they appear.
Tap 'Send Feedback' to report a bug, suggest an improvement or just let us know what you think.

Prestige
Track your progress as you unlock characters, rewards and inventory items in the Collections section.
Watch as you rise through the ranks in the global leaderboards, and see how you stack up against your friends.
See how you're doing in multiplayer challenges, check out achievements you've unlocked so far (and the ones you haven't), and view your progression towards each bonus stat.

Missions
View details all APEX missions currently available. You can also see which missions you've already completed, and when incomplete ones expire.
Get all the latest news and updates on what's happening in Mass Effect: Andromeda's multiplayer.
Window shop and see new store items available for purchase in game.
Click to expand... 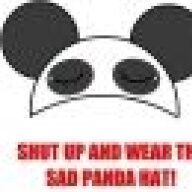 So does the singleplayer have one of these "the plague" command table games like Inquisition or WoW has? Or is it really just multiplayer?
J

owbu said:
So does the singleplayer have one of these "the plague" command table games like Inquisition or WoW has? Or is it really just multiplayer?
Click to expand...

I don't know what that is but I'm going to say no. Outside of actual multiplayer it's just some gimmick to encourage you to come back to the game to click on things and get free item unlocks.
A

Based on what I learned playing the demo for two hours yesterday, I'd say this is Multiplayer only.

Gotta push people towards those micro transactions, because the main game has issues...

I remember the companion app for Fallout 4. I used it for all of 3 seconds.