Mercenaries and its Controversy 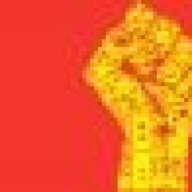 Most people see games as a fun distraction. But others see them as propoganda. Case in point: Mercenaries 2.

The others, in this case, are certain lawmakers in Venezuela, who the Associated Press reports are furiously opposed to a new shooter from Pandemic Studios. The game is Mercenaries 2: World in Flames.

In the game, players drop into Venezuela to help settle an oil dispute, take on "a power hungry tyrant," and blow up lots and lots of stuff. Though Mercenaries 2 is based on a fictional scenario, the plot is "realistic enough to believe that it could actually happen," a Pandemic rep told the AP.

Supporters of Venezuelan president Hugo Chavez, an outspoken critic of American policy, are not amused. "[Mercenaries 2] sends a message to Americans: You have a danger next door, here in Latin America, and action must be taken," said lawmaker Gabriela Ramirez. "It's a justification for an imperialist aggression." Ramirez also said that Mercenaries 2 could be banned from the country by laws intended to protect children from violent games.

Chavez isn't actually in the game (he's replaced by fictional President Solano), but those loyal to him believe the game intends to mar his image and that of the country by portraying it as a war-torn battle zone mired in chaos.

"I think the US government knows how to prepare campaigns of psychological terror so they can make things happen later," said Venezuelan congressman Ismael Garcia.

Mercenaries has had a history of controversy. Mercenaries: Playground of Destruction was banned in South Korea for depicting you as an instigator for the South Korean - North Korean war. 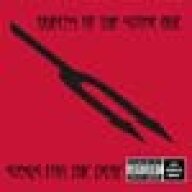 Everyone knows Chavez is batshit loco. This in no way surprises me. Also, if Mercenaries 2 is the gov't preparing a "campaign of psychological terror" then they seriously fail.

Some people, man. One day it's "Games are childish, don't take them seriously" the next someone else is shouting from the rooftops about propaganda.

I personally think this game is trying to start a revolution. I mean, they reference being "shot in the ass", which is clearly a metaphor for overthrowing a government from the inside. They also have a jaunty tune in the adverts, which surely is meant to incite violence in the streets.

Venezuela...is this the same country that sells us 80% of its oil to the United States, then uses said revenue to produce anti-US propaganda? Hmm, maybe their opinion is slightly less than relevant.

Honestly, I'm shocked Venezuela still has people brave enough to call themselves "lawmakers." But I guess "people who pay themselves enormous sums of tax-payer money to say 'yes' to the Glorious Leader" is too long.

My biggest "uh...erk?" with Mercenaries is the fact that throughout it, American gamers are amusing themselves blowing up buildings and killing people in the midst of a conflict that has nothing to do with America. Is it healthy to be that nonchalant about wars and political strife just because we're not entirely sure where on the map they're happening? I thought we in the West were supposed to at least acknowledge now that all the little non-us's are human. If they are, that doesn't exactly make their suffering an awesome playground.

Of course, GTA, produced in Scotland, showed the world how much violent fun could be had in your average gun-soaked, virtually lawless, Mob-run American city. So maybe it's not an ethnic or political thing. Maybe people in the West just like any excuse to pretend to blow crap up.
C

Chavez is a wanker, he sells all his oil to america and invests heavily in america and condemns it every chance he gets.

Don't see what the problem is.

Films do it all the time.

cleverlymadeup post=18.72006.744694 said:
the best was a few months ago when the King of Spain told him to shut the hell up cause he was an annoying windbag
Click to expand...

The best part of that post was that it was almost a direct quote. 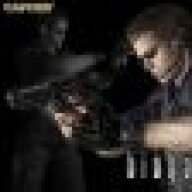 i also remember have heard of a show that maybe can be considered... anti-Venezuela propaganda.

and... as a Venezolan, i think that Chavez is one of the few presidents that actually does something for his country, and is actually bashed for that, lies are spread by any media brainwashing people, and... ah i better stop.

Allow me to be devil's advocate here for a sec...

Whatever opinion you may have of Chavez' sanity, it's not like Venezuelans have the market cornered on being way too oversensitive about stuff like this. Look at how badly Americans freak out whenever the news reports about an Iranian or Syrian game where you blow up Americans.

I think the key questions here are:

1) Why did Mercenaries 2 have to be set in a real country at all? What do they gain from calling the country Venezuela when they could have just called it Kookamungaland and made exactly the same game?

2) Imagine if a Venezuelan company produced a game where you got to take down American forces and overthrow the U.S. president? As if Americans wouldn't be outraged.

You've sprung our master plan. We were going to take your country through brain-washing vidjamagames. All is lost.

arrr_matey post=18.72006.753753 said:
1) Why did Mercenaries 2 have to be set in a real country at all? What do they gain from calling the country Venezuela when they could have just called it Kookamungaland and made exactly the same game?
Click to expand...


arrr_matey post=18.72006.753753 said:
2) Imagine if a Venezuelan company produced a game where you got to take down American forces and overthrow the U.S. president? As if Americans wouldn't be outraged.
Click to expand...

And I have friends in Venezuela and they don't have a problem with it, hell one of them even admitted it made him want to buy the game more, to see what the landscape was like.

Also CoD4's entire second half was set in Russia and they didn't complain. 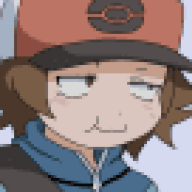 And the Halo series has hidden anti-religious messages.

Damn, should have paid that colateral damage money. 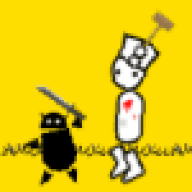 Not every country places such a high value on freedom of speech as America does. The leaders of these countries are within their rights to ban a game from being sold if they think it portrays them in a negative light.

America is a far more mature country in this respect than some others. Free speech is the national equivelent a man driving arround in a pink car. It states that he/we are secure enough in our masculinity/national identity to do something that would cause less secure men/nations to question their identity.
A

They're just pissed they didn't come up with a game idea first and had Venezuela developers publish something for their current 2600 systems.

Glad to see the Venezuelan government has their finger on the pulse of really important matters, as opposed to...Oh, their own corruption, unemployment, poverty, education and health policies.

Venezuelan Gov't lacky: "Sorry people, there will be no food today....We're waging a war of words with foreign game developers thousands of miles away on game you'll never see or play because you can't even afford a console."

Thank you for taking me waaaaay too literally.

It's an honest question though. What difference does it make whether a game is set in a "real" location or not?


needausername post=18.72006.753766 said:
And I have friends in Venezuela and they don't have a problem with it, hell one of them even admitted it made him want to buy the game more, to see what the landscape was like.

Also CoD4's entire second half was set in Russia and they didn't complain.
Click to expand...

I just don't buy the whole "it's only a game" defense.

hamster mk 4 post=18.72006.753801 said:
America is a far more mature country in this respect than some others. Free speech is the national equivelent a man driving arround in a pink car. It states that he/we are secure enough in our masculinity/national identity to do something that would cause less secure men/nations to question their identity.
Click to expand...

There is no free speech, even in America. Speech is always constrained within certain limits. For example, you're not allowed to promote hate, view certain kinds of pornography, or give away important government secrets. We'd probably all agree these are good limits, but we have to also agree that having any kind of limit means that free speech doesn't exist. 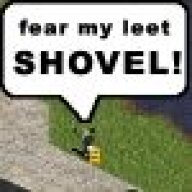 They make reference to this controversy in the game, one of the things the civilians say "It's all just propaganda, why whould an american video game company care about us?"

I really think the controversy is really blown out of proportion and it is just a couple guys complaining, i mean it is just so silly.

They are complaining that the US government got pandemic studios to make mercenaries 2 take place in Venezuela. What do they think bushes plan is to invade Venezuela by sending in a single super power Swedish mercenary who can hold a grenade until it explodes in his hand, or get hit in the face with a rocket propelled grenade and not die.
Show hidden low quality content
You must log in or register to reply here.
Share:
Facebook Twitter Reddit Pinterest Tumblr WhatsApp Email Link
Top Bottom