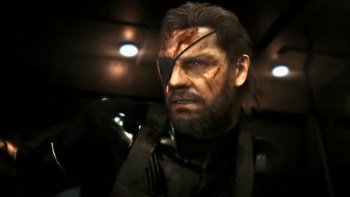 Even if you've been following the development of the Metal Gear Solid series, the fifth entry's history is pretty confusing. Metal Gear Solid V: Ground Zeroes, which was originally thought to be the fifth game in the main series, turned out to be merely a prologue for the larger Metal Gear Solid V: The Phantom Pain. A recent interview with series creator Hideo Kojima revealed some of the reasoning behind the confusing move, and why MGS V is being released in two parts.

"Honestly, I really wanted to release Ground Zeroes right after [2010's] Peace Walker," Kojima says. "Whether on PSP or PS3. But then we had development issues, some delays with Metal Gear Rising as well. And then we learned about next generation coming, so it ended up being the way it is now."

For the record, "the way it is now" is that Ground Zeroes will launch as a prologue this spring for $30, with Phantom Pain completing the experience sometime afterwards. Kojima explains that he doesn't want to completely roll them into the same game, because fans have already waited longer than he'd like.

"Of course it would be ideal to release Ground Zeroes and the main part of the game all together," he says. "But at the same time, given that this week we have the next generation of game consoles coming out, a lot of the fans wanted to play something sooner. And given that the main game is a rather big game and still in development, it will take a little bit more time to get it out. We decided to listen to the fans and put at least the prologue out there so people will get the experience."

Ground Zeroes is set to launch this spring for PS3, Xbox 360, PS4, and Xbox One.

Well, because I buy everything Metal Gear this will be no different for me. Pre-order me up.

So basically, they're releasing it in two episodes, each costing $30? I have to say that that is a damn good idea. Well, that is, unless they go the money route and sell the prologue for $30 and the main part of the game for $60 and I seriously wouldn't put it past them.

Sounds fine to me. More metal gear is the best metal gear!

uchytjes said:
So basically, they're releasing it in two episodes, each costing $30? I have to say that that is a damn good idea. Well, that is, unless they go the money route and sell the prologue for $30 and the main part of the game for $60 and I seriously wouldn't put it past them.
Click to expand...

The pricing still isnt clear, I do doubt they will go full on 60$ with the second part but who knows. I think it really falls down to how much content each game has, I mean, if the first part is the so called "2 hour demo" then 19,99$/29,99$ is way too much but if it actually does bring a lot of content then its ok.

The same goes for the second part, if it does bring enough that it is comparable to other standalone games then the price can be justified (although it means I'll probably just pick up the second part since gameplay wise they seem identical).


They could have just release PP and then GZ as an expansion prequel, they would avoid putting themselfs in this weird PR position (it would have been more well accepted since its closer to normal business practices), the problem here is how Kojima wants GZ to be an introduction to the open world game mechanics so it needs to force the players to play that one first.