Sony has revealed the list of games subscribers to its PlayStation Plus program will receive at no additional cost next month, and PlayStation 4 users will have a bounty laid at their feet. Topping the list is the PS4 release of Metal Gear Solid V: Ground Zeroes, the bite-sized chapter establishing the events of forthcoming The Phantom Pain.

Also of note is Skulls of the Shogun: Bone-A-Fide Edition, a turn-based strategy game developed by 17-Bit Studios and first released in 2013. While confirmed over a year ago to be bound for the PS4, the game still has not released there. Its presence in the promotion would suggest that its time has finally arrived.

Two PlayStation Vita games will be available, both of which can also be played on PS4. Another new arrival in the PlayStation Store, Super Exploding Zoo, will have players defending eggs from hungry aliens with a herd of combustible zoo animals in tower defense inspired gameplay. Also available is the psychadelic shoot-em-up, Futuridium EP Deluxe.

The games will become available at no charge for PS Plus subscribers starting when the PlayStation Store updates on June 2.

Ooh nice. I thought that was a Japan only deal and repurchasing ground zeroes after already owning it on 360 just didn't feel right. Free stuff!
E

Well I did hear that despite the bullshit pricing and the slicing the bomb out scene being cheap and exploitative the gameplay was actually really interesting. Gonna try this out. 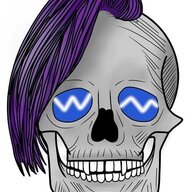 I may actually look at it.

I find it hilarious that after hyping that they were bringing a AAA game to PSPlus this month, they went with the AAA Demo. I mean by this logic, First Light was also a AAA game on PsPlus.

It is? Well, I was planning on buying it around the time Phantom Pain came out, so this saves me some money!

Thanks, Sony. Thanks Kojima. Fuck you, Konami.

Skulls of the shogun isn't stella but funnily enough a while ago I was given a steam coupon to get a percentage off that game, good thing I never bought it.

That zoo thing is just angry birds with a bit of extra effort, the Futuridium one looks like race the sun (which we had this month) but with pew pew pew.

Call of duty Juarez looks like it needed a bigger budget ... reminds me of that rambo game, but better. Lastly cloudberry kingdom, an exercise in patience.

So another smattering of bullshit but this month has a kick in the nuts as well.

If it wasn't for playing for multiplayer I would drop this PS+!
B

Well it had to happen eventually. Thankfully this only wasted me 7 bucks.
D