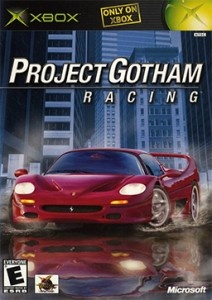 The next installment in the Microsoft's [http://www.mobygames.com/game-group/project-gotham-racing-series] Shane Kim says there's no hurry to make it happen.

Speaking in an interview with Project Gotham Racing 4 [http://games.kikizo.com/features/shanekim_iv_may08_p1.asp] would be its last game for Microsoft.

"We have a great internal racing studio in Turn 10, the creators of Forza Motorsport," Kim said. "And our goal is to roll the studio so that they can do more creative execution within the racing space. So you can imagine a future where they would develop a new version of Project Gotham Racing."

He also cautioned that Microsoft didn't want to rush into a new game, particularly in such a long-running series. "We don't have anything concrete there, and I do think that after four versions of PGR, it's really important for us to take a fresh creative approach to it and to really think about what we want the next version of PGR to be if we do that," he said.

Originally launched in 2001, Xbox [http://www.bizarrecreations.com/games/pgr/], and with three sequels has grown to become Microsoft's most popular racing franchise.