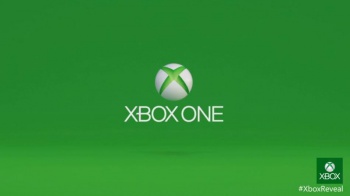 Microsoft's Devices and Consumer segment had a great Christmas.

Xbox sold over 7.4 million units in the quarter ending December 31st, beating expectations by about 400,000 units. What does that mean in cash terms? Well, revenue spiked by 68%, or $1.9 billion, for the quarter, and of that figure the Xbox One accounts for $1.2 billion. Microsoft's shareholders are very happy investors right about now, and share price has gone up about 3.5%.

"Our Devices and Consumer segment had a great holiday quarter," says outgoing CEO Steve Ballmer. "The investments we are making in devices and services that deliver high-value experiences to our customers, and the work we are doing with our partners, are driving strong results and positioning us well for long-term growth."

Microsoft has yet to find a replacement for Ballmer. Ford man Alan Mulally is no longer in the running, while Nokia boss Stephen Elop [http://www.escapistmagazine.com/news/view/129442-Microsoft-CEO-Struggle-Report-Elop-Would-Sell-Xbox], who said he'd sell the Xbox division, is still in with a chance.

The question for the Xbox One now is, after all those sales, can Microsoft really turn it into the entertainment platform it's dreamed of for so long? "There's no reason why you can't have an extremely powerful game console that also does entertainment," said Major Nelson [http://www.escapistmagazine.com/news/view/131012-Microsoft-We-Want-to-Adapt-the-Xbox-One-to-What-Gamers-Want] back in January. "Why does there have to be an 'and or?'" If Microsoft can pull that off, its shareholders will be very happy indeed.

"The Xbox One sold over 7.4 million units"

I can only imagine how different that number would be if they stuck with the "Pre-180" Xbone offering.

Atmos Duality said:
I can only imagine how different that number would be if they stuck with the "Pre-180" Xbone offering.
Click to expand...

Probably closer to 7.4 units sold. Just think how many more they would have sold if they didn't bundle the spycam in the box too, after the DRM that's probably one of the biggest issues people had with the 'Bone if you consider that it's the reason for the price difference.

Karloff said:
The Xbox One sold over 7.4 million units in the quarter ending December 31st, beating expectations by about 400,000 units.
Click to expand...

Just to let you guys know, it's actually 3.9 million Xbox Ones sold. The 7.4 million is in conjunction with the 3.5 million Xbox 360s sold in the same quarter.

Regardless, it's good to see the Xbox One doing well. I've got one and I love it.

And speaking of the entertainment stuff, whilst it was boring to see them "show it off" on stage, it's really good in the flesh. Going from games to Netflix to Twitch nigh-instantaneously is a much better feature than I thought it would be.

It's good to see people taking a chance on the Xbox One and the PS4 (which is doing better, last I heard). That means we may get some good games for this console generation. It's just too bad there weren't any good launch titles this time around. I'm pretty sure I won't be buying either but then again, Elder Scrolls Online...

Off-topic: I find it odd that every time MS points out that they've sold however many Xbox Ones to consumers there's always someone who doesn't read the article going "that's shipped not sold". People need to work on their reading comprehension.
Show hidden low quality content
You must log in or register to reply here.
Share:
Facebook Twitter Reddit Pinterest Tumblr WhatsApp Email Link
Top Bottom