While Warner Bros. Interactive Entertainment definitely hopes to impress gamers with Middle-earth: Shadow of Mordor's <a href=http://www.escapistmagazine.com/news/view/131602-Middle-Earth-Shadow-of-Mordor-Gameplay-High-Fantasy-Assassins-Creed>complex combat, the game will also feature a strong narrative element aimed at showing players a new, grittier side to J.R.R. Tolkien's classic world of high fantasy. To tell this story, it's been revealed that the game will be utilizing a collection of notable talents from various disciplines within the game industry.

Its tale of revenge, for instance, will be guided by the experienced hand of Red Dead Redemption writer Christian Cantamessa. The game's score meanwhile is being put together by acclaimed composer Garry Schyman who, in the past, has worked on game projects including BioShock and BioShock Infinite among others.

The game's voice performances will be headed up by veteran actors Troy Baker and Nolan North. Baker will be playing the game's protagonist Talion, a ranger on a quest for vengeance after the forces of Mordor slaughter his family. North, in turn, will be voicing Black Hand, an evil agent of Mordor. Accompanying them will be a cast that includes Alastair Duncan (Uncharted 3, Mass Effect 3), Laura Bailey (inFamous: Second Son, BioShock Infinite) and Liam O'Brien (inFamous: Second Son, Grand Theft Auto V).

In addition to making announcements about the mind and actors behind the the game, its developers have also released a new trailer focusing on the ability of players to take control of their enemies. In particular, the trailer showcased how players can take control of entire enemy groups by capturing the mind of an orc war chief. Suffice it say that it looks like a pretty danged nifty mechanic. 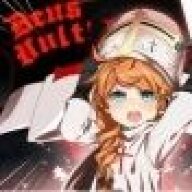 Troy Baker and Nolan North? How is that neeeeews~? I thought you had to pay a fine if you didn't have at least one of those two in your game nowadays.

Predictable yet excellent choices. Troy Baker and Laura Bailey are always excellent, every performance of theirs that I've experienced has been excellent. The Bioshock games had good music, so I'm happy with the composer too.

I'll probably end up playing this, the more I hear about it the more it interests me.

Liam O'Brien can pull off a nifty Gollum, he did the voice on one of his podcasts.
C

I'm wary about this game. Huge Tolkien fan, but am okay with the reality of making entertainment products that faces the companies that have IP rights to his work.