​
Of all the amazing projects built in MineCraft, few are as grand as the recreation of BioShock's oceanic dystopia, Rapture, by the Penny Arcade community. We talked to their leader to see how they put it all together.

Most gamers will remember that breathtaking moment when they got their first glimpse of Rapture in BioShock, watching a whale glide between huge underwater skyscrapers connected by huge glass walkways. The MineCraft version is no less astounding, keeping the walkways and the whale, and even adding a water slide.

MineCraft Rapture is an enormous project undertaken by posters on the Penny Arcade forums [http://forums.penny-arcade.com/showthread.php?t=130116], on a server operated by Adam "Ein" Shefki. With help from the community, Shefki put together a pair of YouTube videos that showed off the city, which caught the attention of pretty much everyone who saw them. We were able to catch up with Shefki and ask him a few questions about how the project got started, and where he thinks it's going.

Unlike the original Rapture, Shefki's city beneath the sea wasn't part of a grand vision. In fact, the idea came to him quite by accident. "It wasn't really planned. I was in a boat, and I'd just discovered a huge expanse of water on the map with a tiny island in the middle," he explains. "I started building a lighthouse on the island, which then reminded me of BioShock's introduction sequence. The city at the bottom of the ocean nearby was inevitable after that."

Shefki says that the construction started to gather momentum a few days later when other people on the server started to notice the lighthouse and the structures he was building under the water. From then, it took around thirty people about five weeks for the city to get to its current state, but Shefki says that there are plenty of others that deserve credit. "ome of the guys who are on the server and do nothing but mine all day and drop the products of their work into a chest in one of the community warehouses," he says. "[H]aving a steady source of glass and cobblestone available has been vital for us, since we've been determined to build everything on the server by hand."

A perfect replica of Rapture was never going to be on the cards - the limitations of MineCraft simply don't allow for it - so Shefki encourages people to try and replicate the feel of the city instead. "[W]e've built an area from BioShock 2 called Siren Alley," he says. "The Siren Alley in the game, though, was a gigantic, sprawling complex. We've limited ours to a smaller area both out of necessity and because nobody really wants to recreate the whole thing, just the recognizable parts."

"If someone wants to work on Rapture, but doesn't know what to make, I'll usually tell them to go find some videos of one of the games and just watch for a little bit until they get an idea in their head of what might be good," he adds.

People are allowed to build wherever they want, although experience has led to the creation of certain guidelines, like making sure the new building is easily accessible from the metro lines and not too close to the bathysphere waterslide. On the rare occasions there's a really big decision to make - like the creation of the metro system and removal of the maze-like warren of walkways it made obsolete - it's talked out on forums and effectively decided by a committee.

"Usually it's simply a matter of someone pitching an idea on the forum, and if it gathers a consensus behind it we'll try and follow through and do it," he says. "[O]ur community is fantastic, and tends to hive-mind around good ideas once they get going. There's not usually any disagreement on these things, and where there is, a couple pages of talk in the forum thread is usually enough to develop some sort of consensus as to what we should do with any particular thing."

As you'd imagine, building at the bottom of the ocean presents certain challenges, especially when you consider that MineCraft lacks the ability to pump water out of a completed structure. Removing the water one block at a time is time-consuming work, but nowhere near as bad as the method the community initially used. "When we first started building Rapture, we weren't very comfortable with underwater building, so our initial structures were made by digging down into the sea floor, hollowing out a giant space inside, and then building our structures within that area. When they were done, we cracked the roof over the structures and dug them out so they would be exposed."

The water also significantly limits visibility and is one of the problems that has yet to be fixed. "We've been trying to figure out a way to make it so we can see more than 4 blocks away," Shefki says. "But so far none of us have figured out a workable solution yet."

Just as there was no grand plan to start Rapture, there's no particular plan for where it's going either. It certainly won't be the last project that the community tackles. Work commenced on a recreation of Columbia from BioShock Infinite and on the floating islands of Chrono Trigger's Kingdom of Zeal while Rapture was still being built, and Shefki was confident that there's even more to come. "Our community seems to love doing these huge-scale projects," he says. "It's just a matter of getting inspired."

Even my Avatar agrees.

If he's just trying to make rapture... Why doesn't he wall off the surrounding area. empty it of water, build rapture inside, expand the wall when needed, then at the end just flood it. Might need an OP to spawn some water blocks, but it'd work. 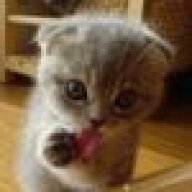 If none of you have tried multiplayer yet, we have a great usergroup going on.

Mabye they can fix Bioshock with mine craft!

Unfortunately my computer is too crappy to not die whilst attempting to play Minecraft, so I cannot partake in such awesomeness at all.

This deffinitevly took a lot of time and dedication, congratulations to whomever did this.

And I'm having trouble building a single glass tunnel underwater...

If he's just trying to make rapture... Why doesn't he wall off the surrounding area. empty it of water, build rapture inside, expand the wall when needed, then at the end just flood it. Might need an OP to spawn some water blocks, but it'd work.
Click to expand...

because emptying that amount of water is RIDICULOUSLY time-consuming.

It would suck if someone found a way to grief that.

Just saying but what would happen if you broke one of the windows?

All I've been able to do is create various structures that turn mountains into castles from the insude out.

Holy toot.. I can't imagine the work that has gone into that. I'm building currently Outpost 31 from the movie The Thing and currently it has taken me two weeks just to get the basic structure inside and out laid down right. Humm project number three will be making Atlantis from SG:A underwater.

Oh and if you haven't gotten this game yet, but loved playing with lego blocks when you were young, this is the game for you. The game is only Alpha but currently it is the most fun I've had with a game in a very long time. 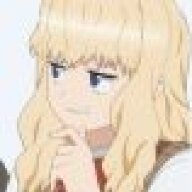 Daemascus said:
Just saying but what would happen if you broke one of the windows?
Click to expand...

The city would be flooded.

Just one broken window, and all that work gone.

Why doesn't the escapist do an expose on their own server? There are some amazing things on there.