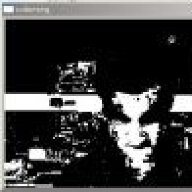 I'm hoping someone might have some info on whether there is going to be a third Miracle of Sound collection ( I am assuming called Level 3)?

I know that I could buy each of the songs individually, but I like the idea of buying it as an album and getting the greater experience.

I think I remember Gav said somewhere that he would release Level 3 'when it's ready', or when he had enough songs for an album.

I think, anyway. Might just be misremembering. Still, I'm looking forward to it as well. His first two albums are stellar, and Level 3's gonna have some great stuff on it if he puts his releases from the latter half of 2012 on it.

Admittedly I only found out now after watching the latest.

Admittedly I only found out now after watching the latest.

Yeah, Level-3's been up on Bandcamp since... Tuesday or Wednesday. Can't remember if you could buy it before Thursday, but I know the compilation was up.