Monty Python. As Funny as a "Flying Circus" or as Dull as a "Dead Parrot". 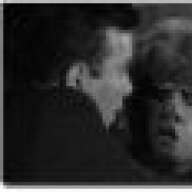 Bang25 said:
Monty Python is British, therefore it is sometimes dry and lengthy,
Click to expand...

Why are people having a problem with this? It seems fair to me, in fact it's one of the things that I think makes great British comedy. Peep Show comes to mind, though 'dry and wordy' (minus negative connotations to those descriptions) might be more accurate.

I love Monty Python and every absurd bone in its madly distorted body. I personally like the television series the most, the string of insanity and constant wrong footing makes it like swimming in surrealist treacle. Tasty, tasty treacle.


random_bars said:
Only thing is, though, they really suck at ending sketches (or films) in a way that doesn't feel forced and sudden.
Click to expand...

I'd agree that they do tend to feel sudden, maybe forced, but that was a major point of their comedy; subverting expectations and conventions. They spoke about their deliberate aversion to conventional punch lines. I can definitely see why you might not like it, but it's not that they suck at writing endings. Indeed they were probably very fine at it when they wanted to. I think their endings are often very well written in the context of the kind of subversiveness they were aiming for.

I love Monty Python. I have the complete Flying Circus set, Their personal favorites, even shows like Do Not Adjust Your Set and At Last The 1948 Show which are previous works from members of the Pythons. I watched the 6 hour documentary in one day. I've watched everything multiple times, especially the Flying Circus of course. I've seen the Holy Grail for ten times. Those things have absolutely nothing to do with being a fan, but I just thought to mention those as some kind of a reference, as opposed to say I'm a huge

I don't quote them in real life, but I might smile when only thinking about concepts like a professional Cardinal Richelieu impersonator or listing dozens of different cheeses.

I do think Monty Python's works are a masterpiece and something that basically defines (TV) comedy, kind of like Nas' Illmatic can be thought to be a defining rap album, or Shawshank's Redemption to define a drama movie (only examples, you get the idea). If you happened to lost all other references and content of the type of entertainment in question, you might just be able to breath it back to life, everything seeding just from the masterpiece of it's genre.

I'm by no means a fanboy (I hate that word), Monty Python has its faults and deficits as any other entertaining product, but basically what I mean to say is that they are rather good.
Show hidden low quality content
You must log in or register to reply here.
Share:
Facebook Twitter Reddit Pinterest Tumblr WhatsApp Email Link
Top Bottom