More Ways to Tell Your Friends You're Dead

More Ways to Tell Your Friends You're Dead

Not only is it now possible for gamers to tell their World of Warcraft [http://www.worldofwarcraft.com] guildmates when they've passed beyond the veil as opposed to just passing beyond Vermont for a few weeks' vacation, there are actually multiple companies giving gamers a choice in how they want to reach out and swear vengeance from beyond the grave.

Last week we Legacy Locker [http://www.escapistmagazine.com/news/view/90044-Where-Does-Data-Go-When-You-Die] that stores passwords, site subscriptions and virtually every other kind of data a person may have in his online life and then passes that information on to a trusted friend or loved on in the event of the subscriber's demise. Everything from a list of online bank accounts to "final farewell" messages could be included with the service, which costs $29.99 per year or $299.99 for a lifetime subscription.

It's a good idea, albeit one a lot of people don't like to think about; plenty of savvy gamers and net users have made their own provisions for getting word of their death out to online friends but a far greater majority has never even considered the idea, much less done anything about it. So it's not too surprising that at least two other less-upliftingly-named companies are offering similar services for that sad moment when you finally run out of health.

Baylor College of Medicine [http://www.deathswitch.com/] neuroscientist David Eagleman, lets people create emails that are automatically sent if they don't check in with the site at specified intervals, from once a day to once a year. The service costs $20 per year and allows up to 30 emails with attachments. Eagleman estimates the number of subscribers at "probably close to a thousand," and says he has no idea what's in any of the emails because they're encrypted and can only be viewed by their original authors until they're actually mailed out.

"I work in the world's largest medical center, and what you see here every day is people showing up in ambulances who didn't expect that just five minutes earlier," Eagleman said. "If you suddenly die or go into a coma, there can be a lot of things that are only in your head in terms of where things are stored, where your passwords are."

If logging into a website to ensure you don't accidentally shock friends and family with an exaggerated report of your demise seems slightly morbid, there's also Slightly Morbid [https://www.slightlymorbid.com/], a site which requires users to manually start the notification process. Like Legacy Locker, Slightly Morbid requires a person chosen by the subscriber to log into the system and get the ball rolling. Slightly Morbid charges a one-time fee rather than annual rates, starting at $9.95 for basic service.

Most of us have probably had an online friend who suddenly disappeared without an explanation and while it's sometimes possible to determine the cause, more often there's little to be done about it except hope for the best and wait for a reappearance. Services like these are novelties now but as online social connections become increasingly mainstream, there's a good chance they'll become as ubiquitous as a conventional will. 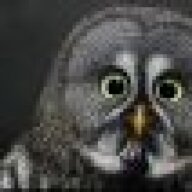 NoMoreSanity said:
That seems both creepy yet quite convenient in certain situations. Now I'll know if I die, my bestest fwiend Max will know I'm dead... and laugh about it...
Click to expand...

just have multiple messages, one sent out at one month, and then every year after for a few years to freak them out

Yeah, I for one wish you could send WOW mail from outside the game, sometimes you've got a bust PC, or just plain don't have the cash to get a new game card, and when you're the Guild Leader, it's not good to disappear for weeks at a time.

Ok, I know it's not death, but I still think it could be a useful feature.