Mortal Kombat X DLC Characters to be Revealed This Week

Mortal Kombat X DLC Characters to be Revealed This Week

The guy on the right totally looks like Bo-Ri-Cho (Spelling?) which makes sense because he was in the game already.
Figure to the center left is most likely Frost, going off the hair at least.
Dude to the left-most is most likely Rain, given that, again, he was in the base game and his outline is consistent with the design of the MK Pallet Swap ninjas.
Guy to the back might be Striker, going off the kinda "Vest" he seems to be wearing. 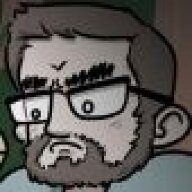 Mokap or I freaking riot.

More seriously, Braka and Rain seem likely, since they're already in the game in limited fashion anyway. Agreed on center-left being Frost. Or possibly an adult Bart Simpson.

Don't know if guy on the far right is Styker- but I HOPE it is, because he was an awesome concept (riot cop in the Apocalypse!) who was executed terribly in the old series, and then they actually made him really cool in the reboot only to almost immediately kill him off.
C

Still hoping the 2nd guy in from the left is Chris Cornell.

I reckon the guy on the far right (far left for us viewing the image) is Baraka. 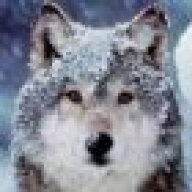 I hoped for spawn. None of the silouetts fit though.

So this pretty much confirms it'll win the Best Fighting Game award, right? I mean you don't go hyping stuff or making performances for an awards show if you're not getting awarded for something.

These award shows are such jokes. Just an excuse for the corporate shills that call themselves the press to pat their buddies in the industry on the back so they can slap a "GOTY" label on their games.
S

They better also reveal new stages. I want my stage fatalities. I want the PIT!!!