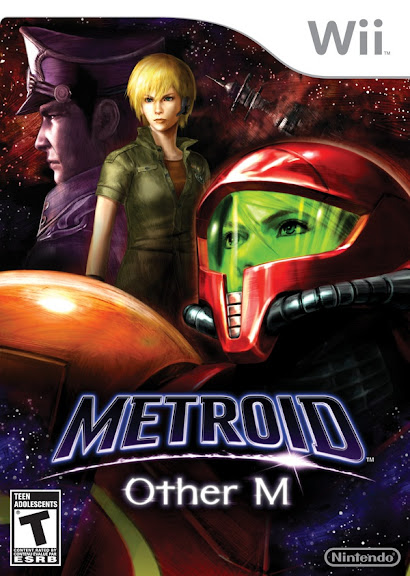 For many years, Nintendo has taken a minimalistic approach when it comes to storytelling in their top-tier games. While the narratives that have been offered in the likes of Zelda and the Mario RPG series have certainly entertained, they're often set aside to let the core gameplay shine. You'd be hard-pressed to find anyone who argues this to be a bad thing, but at the same time gamers looking for a bit more depth to Nintendo's narratives are often met with disappointment. The Metroid franchise has experimented with bringing the story to the forefront before with Metroid Fusion, but for the most part the overarching narrative is still marginalized compared to the gameplay. For arguably the first time since Twilight Princess, Nintendo is giving as much importance to the cinematic and storytelling aspects of the game as the gameplay in Metroid: Other M, an installment in the iconic franchise that treads new waters while still feeling like a Metroid game.

Other M takes place right after the end of Super Metroid. Famous bounty hunter Samus Aran has defeated the space pirates and vanquished the metroid threat for good when she receives a distress signal from a seemingly-abandoned space station. After arriving, Samus quickly runs into the Galactic Federation troop unit that she used to belong to. This unit is led by Adam Malkovich, Samus' former commanding officer and secret father figure. After an initial scuffle with some hostile creatures, Adam and Samus agree to team up and search the station to learn the source of the distress signal and destroy the evils that lurk within.

On the surface, Other M looks and plays radically different from any previous installment. Samus moves around in a 3D world, but isn't confined to a first-person perspective for the entire game like she was in the Prime trilogy. She's also far more agile than in previous Metroid games, with a faster running speed and the ability to dodge attacks at the last second and deliver a powerful charge shot into an unsuspecting enemy at point-blank range. Health and missiles can no longer be acquired from fallen enemies and must be recharged either via save points or by concentrating power long enough, the game progresses much more linearly, and aiming the power beam while in third-person mode is done automatically. However, getting past the initial changes shows that Other M's gameplay is very much in line with the rest of the series. You'll run back and forth through corridors, explore tiny sections with the morph ball, gain new weapons and abilities that allow Samus to enter new areas, and hunt for energy tanks and missile expansions much like the previous installments.

Despite a change in flow and perspective, Other M is still distinctly a Metroid game.​
This mix of new changes to an old formula is where Other M truly shines. Developer Team Ninja may be new to the Metroid franchise, but the solid gameplay makes it seem like they've been familiar with the series for years. At its best, Other M plays and feels like a 3D version of the 2D Metroid games: Fast-paced exploration with plenty of fun boss fights and new upgrades to keep things feeling fresh throughout the entire game. The only issue within the gameplay comes from the strange choice of control. The only control option is to hold the Wii Remote sideways like an NES controller. While this works fine for the most part, you'll occasionally have to switch into the first-person perspective to use missiles and lock on to certain targets. This comes off as awkward as you have to point the Wii Remote at the screen, meaning you have to quickly shift your right hand's hold on the Remote. Other than this, Other M certainly stands up to the rest of the franchise when it hits its stride.

Unfortunately, much of the achievements made by the gameplay are held back by the one thing Other M put its major focus on: The story. Nearly the entire story and execution can be attributed to original Metroid co-creator Yoshio Sakamoto, but while giving more character to Samus and adding more depth to Metroid's narrative than just "Space pirates are doing bad things" is not a bad idea on paper, the execution in Other M leaves quite a bit to be desired. The writing and acting come off as more cheesy than compelling in many spots. Samus herself is filled with questionable dialogue, from her monotone monologues to her incessant need to repeat most things she hears in the form of a question. There are also a couple of plot points that seemingly widely contrast with what character Samus was established with prior to Other M. I won't spoil these points, but at the very least they will be the subject of fierce debate amongst fans for years to come.

The story's biggest crime, however, is that it simply gets in the way of the gameplay far too much. Plenty of sections in Other M sacrifice the gameplay for the sake of telling a coherent narrative. For instance, there are certain spots where Samus has to scan a specifc object in the first-person in order to advance the game. The problem is the game doesn't give you any clues of what to scan, so these quickly turn into glorified pixel hunts that bring the action to a grinding halt. Another issue involves how Samus gains new abilities: She doesn't. Samus technically has all of her abilities from Super Metroid intact, but she cannot use them until Adam Malkovich grants her the authorization to use them. This is justified some of the time, but other times it leads to head-scratching moments like Samus running through high-temperature areas while gradually taking damage because she hasn't been given the okay to turn on the Varia Suit for whatever reason. There's also quite a few unskippable cutscenes that go on for much longer than they should, and they end up turning what could have been a memorable final boss fight into the definition of the word "anticlimactic". None of these are enough to sink Other M's tight gameplay on their own, but they collectively hold back much of the potential enjoyment to be had.

The cinematics look good, but that alone is not enough to make them enjoyable.​
It's a bit of a shame that Other M's narrative is lacking, as the actual presentation is quite solid. Visually, the cinematics are high-quality, giving most of the story a movie-like feel. In-game, the graphics are well-polished and the frame rate remains a smooth 60fps for the entire trip. The only gripe here is that sometimes you'll get stuck waiting at doors while the game loads the next area, but this is an infrequent occurrence. The music is also well done; it's suitably quiet and foreboding in dark corridors and dramatic for heavy moments both in the game and the cinematics. It's clear that Sakamoto wanted Other M to be as much of a movie as it is a game, and while the actual meat of the movie portion falls flat, the production values are almost on par with what you would find in a blockbuster film.

Other M can be finished with all items collected in about 12 hours, but length aside, whether or not it's worth a purchase will come down to personal preference. Metroid purists may find a hard time stomaching some of the controversial aspects of the story, but anyone who can put up with the overbearing narrative will be able to find an enjoyable ride. Regardless, Metroid: Other M is a good game in its own right, but it serves as a reminder that while throwing a little change into a long-running formula can be a good idea, it doesn't always work out as well as one would hope. 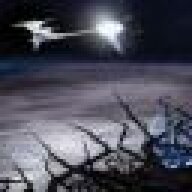 When I saw the cinematic that was basically a remake of the final fight in Super Metroid, I was pumped and thought the game was going to be amazing...several hours of Wii waggling later and I gave up in anger. I've mentioned my problems with Other M on other threads so I won't repeat myself here, but I definitely think the narrative and characterization is a MASSIVE step backward. And that's saying something considering the minimalist approach previously used.

Blind Sight said:
When I saw the cinematic that was basically a remake of the final fight in Super Metroid, I was pumped and thought the game was going to be amazing...several hours of Wii waggling later and I gave up in anger. I've mentioned my problems with Other M on other threads so I won't repeat myself here, but I definitely think the narrative and characterization is a MASSIVE step backward. And that's saying something considering the minimalist approach previously used.
Click to expand...

Thanks for the comment (Seriously. That's one more comment I've gotten than in the last three reviews I've uploaded here combined), but do you have any particular comments/critiques over my review? I say this because this is a hobby of mine and I'm always trying to better myself in this regard.

Blind Sight said:
When I saw the cinematic that was basically a remake of the final fight in Super Metroid, I was pumped and thought the game was going to be amazing...several hours of Wii waggling later and I gave up in anger. I've mentioned my problems with Other M on other threads so I won't repeat myself here, but I definitely think the narrative and characterization is a MASSIVE step backward. And that's saying something considering the minimalist approach previously used.
Click to expand...

Thanks for the comment (Seriously. That's one more comment I've gotten than in the last three reviews I've uploaded here combined), but do you have any particular comments/critiques over my review? I say this because this is a hobby of mine and I'm always trying to better myself in this regard.
Click to expand...

I haven't seen your other reviews, but to be honest I couldn't really find anything wrong with this one, you make good points and actually back them up with evidence, which is better then some of the user reviews on this site.

I think the only reason why people haven't taken a look at this is because of the waves of Other M reviews awhile back basically saying the same things as you are. Other M generated a ton of fanboy rage and trolling over the subject matter, check out the Escapist review and see how quickly people devolved into flaming. I think everyone's just got kind of tired with it, you're either on the side that says Other M was a terrible piece of anti-feminist bullshit (my personal opinion) or you think that Samus' insecurities somehow uplifted the character to being complex (The Game Overthinker review details this, but I felt that Moviebob was attacking anyone who disagreed with him as being prejudiced or something). It just digs up strong feelings and possible internet knife fights, even a tame review like this is probably just something that people want to avoid.
Show hidden low quality content
You must log in or register to reply here.
Share:
Facebook Twitter Reddit Pinterest Tumblr WhatsApp Email Link
Top Bottom