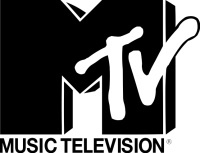 MTV Networks [http://www.mtv.com/]has announced its intention to invest over $500 million into videogame development as part of its new growth strategy.

The company intends to incorporate game development at the inception of new programming plans, rather than as a follow-up. The investment will be spread out over two years. "As we take our brands narrow and deep to serve our targeted, niche audiences, we're putting well over $500 million behind building our games business across all the brands in our portfolio," said MTV Chairman and Chief Executive Judy McGrath. "I'd like to see more game applications on some of our current big brands across the music group."

Many conventional media companies have tried and failed to break into the game development business in the past, however, and the investment is viewed as risky by some. "Media companies are crazy trying to bring videogame development in house," said Wedbush Morgan [http://www.wedbushinc.com/]analyst Michael Pachter. "They act like anyone can do this. The fact is not everyone can."

In 2006, the company bought Rock Band [http://www.harmonixmusic.com/], which expands upon the Guitar Hero concept by adding a microphone and drums, allowing for "band-style" multiplayer action. MTV is considering ways to tie Rock Band to its conventional properties, but wants to avoid alienating gamers by adding TV and other content. MTV Networks President of Global Digital Media Mika Salmi said, "It's hard to tell where it's going to go. It's in the consumers' hands to take it to the next level."

Could mean they're going to find a bunch of little companies to buy. Thus far their policy has been hands-off for Harmonix, which is just fine, but eventually, I worry everyone in a suit is going to wonder where their money's going. Maybe MTV itself is looking to shift Viacom's share in Midway to its part of the company umbrella. Nickelodeon, which has enjoyed a long branding relationship with THQ, is part of MTV as well.

The intent seemed to be more in the direction of casual games rather than, for lack of a better term, "real" games. Could be they just want to pick up a few small developers to crank out MTV-labeled crap, but with the casual market so heavily flooded already I can't see where that's an especially wise idea. Pachter may have nailed it.
Show hidden low quality content
You must log in or register to reply here.
Share:
Facebook Twitter Reddit Pinterest Tumblr WhatsApp Email Link
Top Bottom