Must have Nintendo Gamecube games?

A spur of the moment purchase has a 'ole Gamecube heading my way. It was always a childhood want of mine and I was always bummed I had to miss out on some fun game series. So now, I come to the Escapist for aid. What are some absolutely fantastic games on the Nintendo Gamecube? Games I absolutely must play.

So far, I have both Pokemon Colosseum and Gale of Darkness. I also have Star Fox: Adventures. But I need some moar! So lay 'em on me, Escapist. And a quick thanks in advance.

Wind Waker - essential.
F-Zero GX - not essential, but highly recommended.
Mario Kart: Double Dash - essential.
Super Monkey Ball 2 - I probably have too much of a soft spot for this series but it's still awesome.
Killer 7 - Never played but I get the impression a lot of people think it was Suda51's best work.
Paper Mario: The Thousand-Year Door - ees a gud RPG.
Super Mario Sunshine - doy.
Eternal Darkness - apparently a lot of people view this as their ideal horror game. Horror games in general aren't my cup of tea, but go for it, I'd say.
Tales of Symphonia - not sure how well this one's aged honestly. Worth a purchase though, unless you've already bought the HD revamp on PS3 or something
Kirby's Air Ride - fun little racer.
Twilight Princess - Not Wind Waker essential, but more than worth your time.
Fire Emblem: Path of Radiance - stronk turn-based strategy.
Both Pikmin games. Probably. 2's better though.

I could probably think of more if I wracked my brain, but I'm not feeling like thinking a whole lot right now. Lazy and tired. 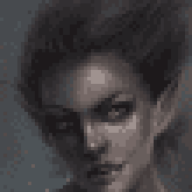 ah, the days when it was worthwhile owning a Nintendo console. I'll toss in some 3rd Party ports too that are great.

I would like to throw in a game that you will probably never get your hands on, but it's the game that made me get a GameCube. As in, I bought it before I actually owned the system.

The Legend of Zelda: Collector's Edition.

Some poor soul traded this in to a local GameStop and I saw it on the shelf for thirty five bucks. Snatched that right up. Comes with the original Legend of Zelda, Zelda II, Ocarina of Time, and Majora's Mask. If you can someone find this game (and not pay out the nose for it), it is worth it.

No one's mentioned Resident Evil 4 yet? Really? I see that Resident Evil in general is mentioned, but 4 needs to be here too--unless you have another version with the extras.

The remake of Metal Gear Solid. Better graphics and controls, but still same acting and story.

Metroid Prime game. Or is there more than one on the system? Anyway, if you find them, grab them.

Fire Emblem, as others have said.

Twilight Princess because this was the game that I had planned on getting my system for, until I lucked out with Collector's Edition

Tales of Symphonia, if you can find it.

SSB Melee, if you have friends to play with. Good solid party game, so long as there's not that one person who can stomp everyone else.


Unfortunately, with the GameCube now two generations old, games for it are going to be hard to find. The good games, many of which I and others have listed, are going to be even harder to find, and they probably won't be cheap. But if you can find them, they are worth it. The GameCube didn't have as big a library of stellar games as the other two, but the gems it did have make it worth it if you can find some of them. 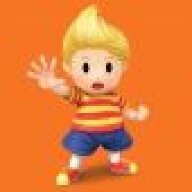 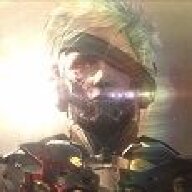 Many of these are restates, but just because they're really good games.

Star Fox: Assault
Metroid Prime Series
Super Mario Sunshine
Kirby's Air Ride (If you have friends that like to mess around)
Paper Mario TTYD (When an any% speedrun World Record is just under 6 hours, you know it's good)
Sphinx and the Curse of the Mummy
Ty the Tasmanian Tiger (just the first game) 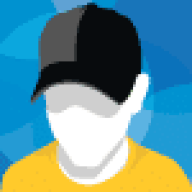 Super Mario Sunshine (though if you've played the Galaxy games, the controls may feel a little loose)
Paper Mario: The Thousand Year Door
Metroid Prime
Metroid Prime 2 (do note, though, that the Wii and maybe the WiiU have the whole trilogy as a collection)
F-Zero GX
Custom Robo
The Legend of Zelda: The Wind Waker
The Legend of Zelda: Twilight Princess
Star Fox: Assault (some Star Fox fans may dispute this, but anything other than a Star Fox 64 remake would disappoint these people)
Super Smash Bros. Melee
Sonic Adventure DX
Sonic Adventure 2
Sonic Heroes
Prince of Persia: The Sands of Time
Prince of Persia: Warrior Within
Prince of Persia: The Two Thrones (this is assuming you haven't played any of these Prince of Persia games on other platforms)
Mario Kart: Double Dash
Mario Power Tennis
Super Monkey Ball
Pikmin
Pikmin 2
Tales of Symphonia

There are probably some more, but these are all I've got right now.

Persona favorites... Results may vary... Don't forget to read the fine print if you must... And, if you have any GBA games, then try to also get a GameBoy Player...

My general order of recommendation:
Metroid Prime
Legend of Zelda: The Wind Waker
Legend of Zelda: Twilight Princess- I consider it better that the laggy Wii verson. Also, rarer. *cuddles copy*
Metroid Prime 2
Pikmin
Pikmin 2
SSB: Melee
Luigi Mansion
LoZ: Collectors Edition- though the Majora's Mask port is prone to crashing. VC and 3DS might be the better options today.
Soul Calibur 2- the only multi-plat game that sold most on Gamecube
Sonic Adventure 2: Battle
Sonic Adventure DX
the Metal Gear Solid remake
Star Fox Adventures- I'm not a SF fan, so I went with the Zelda clone. Star Fox fans will want a copy of Assault before this.
Game Boy Player If you play a lot of Game Boy, GBC or GBA games, definitely grab this peripheral. 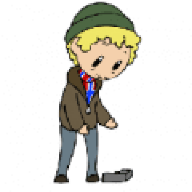 I control "F"'d and found some games that no one mentioned. Wario World. It's a bit on the short side, but it is gorgeous, unique and very WARIO! 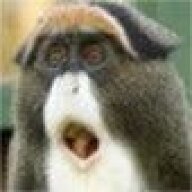 I try not to spam you with dozens of titles, so here are a few games that I hold dear from that era.

Zelda Wind Waker and/or Twilight Princess: both had hard times among fans, but they're among the greatest Zelda titles ever made. If I had to choose one of them, Wind Waker would win.

If you want to have awesome JRPGs:
Tales of Symphonia: Really good part of the Tales-series. Has a nice and intriguing story. Also, it's HUGE. There's a lot to do.
Skies of Arcadia: Interesting world, likeable characters and good OST. Overall, a really good JRPG with a nice turnbased ship combat. Has a somewhat predictable story, but it's one of the best JRPGs I've ever played.

If you like Harvest Moon you maybe want to check out Harvest Moon: A wonderful Life. Maybe not the best part of the series, but it's at least one of the better games. 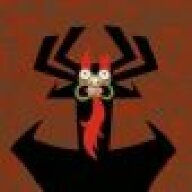 But definitely get Ikaruga

But definitely get Ikaruga

All the no brainers are mentioned above.
(I only see one mention of viewtiful joe. If you like your beat em ups on the difficult side give that game a shot.)

One obscure little title I was able to get my hands on a few years ago was a Serious Sam title for the Gamecube. It is on the cartoony side like SS2, but the gameplay is intact (of course a few less enemies on screen) So, if you are a fan of that series it might be worth hunting for a copy.
Show hidden low quality content
You must log in or register to reply here.
Share:
Facebook Twitter Reddit Pinterest Tumblr WhatsApp Email Link
Top Bottom