Nearly Half Of Sega Studios Australia Laid Off

Nearly Half Of Sega Studios Australia Laid Off 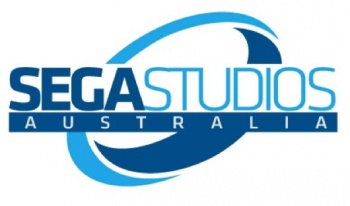 37 out of 80 employees have been let go and the studio is going to be shifted towards developing digital titles.

Following earlier rumors, Sega has confirmed that it's in the process "restructuring" Sega Studios Australia. The publisher's laying off 37 of the 80 people employed at the studio, which is currently wrapping up the London 2012 - The Official Video Game of the Olympic Games (which is due out in June, and shouldn't be confused with the already released <a href=http://www.amazon.com/Mario-Sonic-London-Olympics-Nintendo-Wii/dp/B004XV9EWW/ref=sr_1_1?s=videogames&ie=UTF8&qid=1328648054&sr=1-1>Mario & Sonic at the London 2012 Olympics).

Sega Studios Australia was formerly known as The Creative Assembly until it was re-branded last year (around the same time that London 2012 was announced). The studio is also known for having state-of-the-art motion capture facilities.

Below is Sega's public statement about the layoffs:

"As SEGA Studios Australia nears completion of London 2012&#153; - The Official Video Game of the Olympic Games, it is essential to look to the future and take steps to ensure long-term growth and success. The rise of digital gaming provides an opportunity to align the studio with a rapidly growing market at a time when the games industry is undergoing a significant transition. To this end, we can confirm that SSA has signed a multi-product deal focussing across the digital marketplace. We have commenced development on these titles and will announce more details in the near future.

As part of this focus on digital avenues, there is a requirement to re-structure the studio resources accordingly and regrettably, we are announcing the loss of 37 staff. The decision to downsize was not taken lightly but this strategic re-structure will ensure we have a more effective and agile team that will enable us to quickly adapt to consumer needs and deliver strong content across multiple digital platforms. We thank those team members affected for their contributions and wish them well in their future endeavours. We are very confident that their efforts on London 2012&#153; will help us deliver the highest quality official Olympic video game to date."

Exactly what kind of digital distribution titles Sega has planned haven't been revealed yet, obviously, but it seems safe to assume that Sega Studios Australia would be putting together titles that would take advantage of the aforementioned mo-cap technology.

Hopefully everyone laid off lands on their feet soon.

There have been a number of posted financial failings and cuts lately...
Then again, tis' the season of the pink slip...post Christmas season is usually when companies trim.

vansau said:
The publisher's laying off 37 of the 80 people employed at the studio, which is currently wrapping up the London 2012 - The Official Video Game of the Olympic Games
Click to expand...

It's gonna be a bit shit. Sorry...automatic now.

I really don't see why so many companies are doing this now. (But at least they gave numbers, eh EA?)
Gaming entertainment is thrashing books, dvds and films - yet more jobs than ever are going? This doesn't make sense.
W

Terrible business models...while they do push for higher prices, between what gets lost in the process and turning off customers and hitting market saturation, every time they spend more money to make something bigger, there is less payoff as a result. Example: spending on motion capture technology that won't make a significant difference, but is being used to make games that nobody cares about.

mo-cap tech is pretty sweet, tho it'd be nice to see more of it used well (instead of devs just pushing for 3-d and motion control)

vansau said:
Sega Studios Australia was formerly known as The Creative Assembly until it was re-branded last year (around the same time that London 2012 was announced). The studio is also known for having state-of-the-art motion capture facilities.
Click to expand...

Clarification: Sega Studios Australia is not "formerly known as The Creative Assembly" - it was merely a part of it.

Just sayin' before all my fellow Total War fanboys get a heart attack. 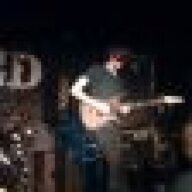 FelixG said:
So they released Shogan 2, which sold really well, and their jobs get cut.

I am really glad I decided against going into this industry...
Click to expand...

Don't worry Total War is safe! It's developed by the British Creative Assembly not the Aussie one!

there were sega studios in Australia?