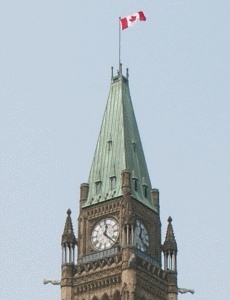 A new bill introduced by the Canadian government has drawn praise from the Entertainment Software Association of Canada [http://www.theesa.ca/], but many other groups are criticizing it as a bad idea.

Bill C-61 explicitly details consumer rights with regard to how they are allowed to copy various forms of media, many of which currently exist in legal grey areas in Canada. According to a CBC report [http://www.cbc.ca/technology/story/2008/06/12/tech-copyright.html#socialcomments], the new law would allow consumers to make one copy of each item, such as books, music, videocassettes and photographs, per device owned, and would specifically legalize the recording of television and radio broadcasts for later viewing or listening.

But controversially, the bill also contains an "anti-circumvention clause" which criminalizes the act of bypassing "digital locks" on copyrighted material. Critics say that part of the bill could render all other aspects meaningless, since CD and DVD makers and television producers could easily introduce copy protection that would prevent music or television shows being recorded. Bypassing any of these protection schemes could lead to lawsuits of up to $20,000.

Joan Ramsay, president of the Entertainment Software Association of Canada, praised the bill as an "essential" measure. "It's simple: Every time someone acquires an illegal copy of a videogame, money, in turn, is not going to those Canadians who work so hard to develop and publish games," she said. "That's money that cannot be reinvested in creativity, job growth and industry development. Copyright reform is essential to strengthen our competitiveness as an industry."

Numerous others have spoken out against the proposed law, however, with many comparing it to the oft-criticized Facebook [http://en.wikipedia.org/wiki/Digital_Millennium_Copyright_Act]protest of more than 20,000 people against an earlier attempt to introduce the bill in December, said, "They've got a few headline-grabbing reforms but the reality is those are also undermined by this anti-circumvention legislation. They've essentially provided digital rights to the U.S. and entertainment lobby and a few analog rights to Canadians. The truth of the matter is the reforms are laden with all sorts of limitations and in some cases rendered inoperable."

Geist leveled criticism at the government for discussing the matter with U.S. trade representatives and entertainment industry lobbyists, but not holding any public consultations in Canada. "[Minister of Industry Jim] Prentice should be honest about the core anti-circumvention rules that are likely to mirror the DMCA and run counter to the concerns of business, education and consumer groups," he said. "Those rules are quite clearly 'Born in the U.S.A.'"

Liberal industry critic Scott Brison also questioned the government's failure to seek consensus with Canadian citizens and organizations, and expressed concern over how the law would be enforced. "There's no excuse for why the government has not consulted broadly the diverse stakeholders. The government has not thought this through," he said. "It has not thought about how it will enforce these provisions. There's a fine line between protecting creators and a police state."

A number of consumer groups, including Option consommateurs, Consumers Council of Canada, Public Interest Advocacy Centre, the Canadian Internet Policy and Public Interest Clinic, and Online Rights Canada, joined the opposition to the bill, while Mark Hayes of the intellectual property group Blake, Cassels & Graydon LLP said electronics consumers could be hit with extra charges by copyright owners seeking compensation for copied materials. "Owners of computers and iPods could end up paying quite a bit more for those products in the future," he said.

The full text of Bill C-61 is available here [http://www2.parl.gc.ca/HousePublications/Publication.aspx?DocId=3570473&Mode=1&Language=E].

Alright, this one pisses me off. I'm all for anti-piracy and whatever, but never at the expense of ligitimate consumers. I might be completely off here, but from what i've gathered Canada is one of the countries that overall seem to hold the consumers rights pretty high. I really hope this one doesn't pass. Any Canadian who reads this, seriously, make some proper hell over this, and encourage others to do so.

I think this bill is a classic example of trying to legislate for too much in one go & consequently contradicting itself before its even made into law.

Also interesting to see the allusion to the fact the Canadian government seemed more interested in seeking American approval of its plans then of Canadian interest groups themselves.

Anton, that is not a fair assessment, there are times in the past where the Liberals in government have been overly influenced by US policy and policy makers. Besides, since I am from the "west" and see a need for reform, like say having a elected senate rather than an appointed one and the de-centralization (localization) of federal government, are you calling me "aka batshit loony western protest party run amok" by extension? Wanting reform in federal government is not the same thing as being a right/left wing Canadian/US lunatic.

That said though, this bill is bull shit. Proper consultation would have shown them that legislation like this hurts both consumer and developers of copyrighted digital media.

No, but the current government has been all too eager to follow in the footsteps of the least popular (and arguably worst) American administration in history. Copying the Americans' good ideas is itself a good idea... but adopting US policies just to stay on the US's good side when such policies are largely despised even in the US doesn't strike me as being terribly astute.

Also, since Dad left Quebec a half-step ahead of the PQiste hordes I'm violently allergic to regional parties... a sizable part of my resentment toward the current Conservatives comes from their cannibalisation of one of the three truly national parties we had in Parliament (the Progressive Conservatives) in order to fuel the expansion of what was a regional party. I can't ever see myself voting NDP (I don't think their policies are tenable over the long haul, and they're too "management-by-trend-y" for my tastes) so I feel stuck voting for the Liberals despite their antics.

Ah the Canadian Government... so... stupid. Always willing to buckle under any pressure exerted by anyone and always attempting to jump on a bandwagon to make us look like a bigger international player than we are.

I expect this bill, like many others similar to it, will only end up inconveniencing legitimate users. Pirates are already breaking the law; piling more laws on top of things won't serve anyone's interests. There's no doubt that copyright laws need to be modernized to reflect changes in society, but invasive DRM schemes are already widely viewed as the wrong way to go about it. Whether or not the law will pass is a crapshoot, given the current minority government status and the apparent Liberal stance against it, but sooner or later we'll have a majority on our hands, and regardless of who it belongs to the matter will come up again, and it will be addressed more seriously and vigourously. Canadian consumers of all stripes, not just gamers, need to make their views known now. Write to your MP, to the ESAC, and to any other relevant consumer group you can think of and tell them what you think. (And be civil about it.)


HalfShadow said:
Do what I do: don't vote for anyone. Face it: no matter who gets voted in is going to fuck things up immensely, it's always happened, it always will happen; by not voting, you can say you're not part of the problem.
Click to expand...

This is incredibly short-sighted. The proper approach is to help solve the problem by becoming more involved, not less. Sticking your fingers in your ears and shouting LALALA so you can say you're "not part of the problem" accomplishes nothing. 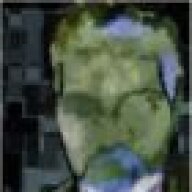 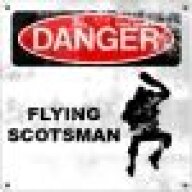 I don't think that Mr.BitTorrent falls anywhere under Canadian jurisdiction.Because honestly, who is still going to Flea Markets etc. in order to buy their games?

And for the record, they can't arrest/fine people who download/by-pass DRM of this stuff for personal use.It's "only" a copyright infringement and it is a personal matter(aka lawsuits but they don't bother to sue every person out there).The only people that break the law are people who upload this stuff and/or people who profit from that by making copies and selling them.

But that's kind of the point of this bill, isn't it?

Even if they took the UK providers approach (Virgin) of monitoring everyone's connection and banning whoever breaks the rules, it's pretty obvious that the hard line to copyright infringement no longer works. I do not, and never will condone piracy however by trying to stamp it out every industry is simply being nonchalant and stamping on the fair consumers toes too. For example Virgin can try this, but invariably thousands perhaps hundreds of thousands will be banned/fined/given warnings for using legitimate P2P services like BBCIplayer or 4OD, online piracy is extremely difficult to track because when using legitimate P2P servies you are still downloading and storing what you are watching, they are just temporary and will be deleted when you navigate away, but an ISP or a government could not tell the difference.

It's a bad move, laws like this hurt the industry more then helping, now people won't want to buy music and put it on their PC for fear of being reprimanded, because again how can the Government know if you have copied this disk once which the law would allow or 100 times? This hurts the honest consumers and does nothing to stop pirates, lose, lose situation.

Sorry for ranting on a bit, just got a little annoyed at EMI today, I'm not going to buy an album that has been on TV for 20 seconds, I only will after at least listening to a couple of songs to make sure I like them so I go onto youtube and surprise surprise none are there due to EMI's copyright claims... Now simply out of spite I'm refusing to buy the album since I have no idea whether I will like it or not and I don't really like the idea of supporting an industry that encourages blind buying.
P

ok to tell u guys the truth... im canadian and i live in the GTA (greater toronto area, so basically toronto and the many towns and cities that surround it). This aint going to stop much, piracy is a huge (and i mean HUGE) thing everywhere, and its extremely common in canada. Ok if i swithc to the my racist side, most pirated stuff is from the asian community (i mean asian as asia, not just chinese, but most of it is chinese), canada is the new china, so put those two factors together and bam. Btw im chinese so im not trying to be racist just trying to make a point. Now piracy is so big that to properly put this law into effect would take an enourmous amount of enforement... force (couldnt find a better word there). This means that to make the bill effective u need a hell load of cops to impliment it, as well as widely publicize. Both of my country is not going to do or probably can do.

Wow, I didn't know conservatives were hated north of the border, too. Quite the popular ideology.

DOWN WITH C-16, this bill is total BS 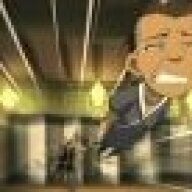 Hmmm... I wonder if this means we'll get rid of the 'piracy tax' that we pay on all blank media. I'm betting not.

Nugoo said:
Hmmm... I wonder if this means we'll get rid of the 'piracy tax' that we pay on all blank media. I'm betting not.
Click to expand...

... You guys have a 'piracy tax'? Epic fail. I'm sorry, but there's not other way to describe that.