The first official Ghostbusters trailer was a little underwhelming. Will the new trailer fix that?

Now the second trailer has hit, showing off more of the upcoming reboot's special effects, as well as reintroducing fans to Slimer. The trailer also shows off more of Chris Hemsworth's Kevin, and how he fits into the story. There appears to be a decent amount of plot details in the trailer, so I'm not going to say more than that, for those who would like to go in blind.

Ghostbusters releases in theaters on July 15.

Ooookay...why didn't they lead with this?

It's not a perfect trailer by any means, but it is leaps and bounds better than that first one.

I dunno, it seems like fun... It has a Scooby- Doo movies feel to it, which should work well with kids.

Though, true story, I was at a showing of the Scooby Doo movie like, fourteen years ago and I have never seen so many little kids screaming and crying being taken out of the theater after that ghost showing up within the first 15 minutes.

Background: I don't care about ghostbusters, old or new version.

I am liking the effects in this one, nothing that funny however.

I like it. Can i say that i like it? Well too bad, just did. Maybe even the first trailer for a comedy that picked the odd non-cringe-inducing jokes i've seen. Will it be enough to sway the stubborn though? The word "Ghostbusters" acts like a steak in a sharkpool within internet communities lately, so expect many a comment.

Why the hell not? I mean, nobody can forbid you from doing so and the worst thing that could come out of it is a few people calling you a "poopyface". Yes, I know that you were joking, I am just saying.

OT: Naaah. I am still way more scared by older special effects and jokes aren't really that funny. Well, maybe except for that "calmly taking dragon from the concert on my shoulders" one.

Okay we can all admit its technically funnier than the fist trailer, seeings how the first one only had one joke, Kristen Wig has a slimy vagina.

But they went ahead and ruined the Thor gets possessed by a evil clown ghost carnival barker scene. That could have been a fun little scene.

This trailer is a massive improvement over the last one. I give it a solid 2/10.

A good improvement - though my previous opinions on the ghosts looking waaaay to neon-glowy and cartoony.

The "girl thing or a race thing" joke though... it falls as flat as the failed attempt at crowd-surfing.

Significantly less shit across the board. Now it just looks like an awkward, unfunny mess, as opposed to a painful, cringe-inducing disaster.

I dont think anything can salvage the movie by now. Not even a slightly less incompetent trailer.

Unless its doing a transformer... but i doubt it will... transformer didnt had the feminist taint clinging to it and was just stupid fun...

This on the other hand? Its only stupid without the fun... not to mention this movie is going up directly against the likes of World of warcraft... whereas transformers didnt really went up against anything else.

Wonder if blizzard will also crush its oponents in the cinema as they did on the mmo market?

Not quite as bad as the first trailer - which isn't really saying much - but I still don't think this is shaping up to be something I would ever willingly pay money to see.

foLyka 23 hours ago said:
"UHHH I DONT KNOW IF IT WAS A RACE THING OR A LADY THING"

For once, YouTube comments perfectly encapsulate my thoughts on the matter.
K

1st joke worked well - good team dynamic and I like the way they were all "Um, thanks?"
1st ghost with the subdued transparent mist and darkly glowing red eyes was spooky and unsettling - good, good more fearful and scary I like.... reminded me of the Librarian from GB1 and the possessed due whose eyes glowed in the corridor in GB2. PS - you see? THIS was a scary ghost, NOT THE GLOWING NEON ONES!
(Crappy CGI green "smoke" that looks god awful )
Mirror ghosts... screaming face from the left hand side one. - spooky again!!! YES!

Okay, so this on the whole was goo...

WHY isn't Hemsworth just the villain? Why is the villain a ghost that can possess? Just make Chris the villian, he looks boss. Get RID OF THE DICKHEAD HE PLAYS!

(Vortex, looks worse that 1984's version Why is it green? Green isn't scary.... especially neon green.Makes it look like a rave bar...)
Chris over the shoulder and confidently evil body language... now THIS is a good villain! And I...
(Shitty machine he's in front of, looks fake as fuck. Isn't that a prop being reused from Star Trek?)
Melissa doing the crotch pump was actually funny... oddly...
(yayy... more stealing from the original movie to try and hook the originals fans. Fucks sake...)
(Kristin Wigg doing her "I'm going crazy" montage from Bridesmaids again. Not very funny)
Melissa's line of "Kicking the unliving crap out of you, you, and ESPECIALLY you!" - that was also quite good, reminds me of "We came, we saw, we kicked its ass!" but is different enough so not to be just copying. Okay, good.
Possessed float balloons... actually, okay, the teethy one looks scary.
(Other neon ghosts afterwards.... no, shit.... looks fake and not scary.)
(Melissa punching ghosts... no NO NO! FUCK that looks awful!)
Slimer, pretty good... not as gross looking though as 1984's version. Still needs work. He's supposed to be disgusting and yet cute. Not a good job here. Sorry.
Final joke about the Dragon on her shoulders. Joke = actually VERY funny and witty. Ghost =awful CGI = neon as fuck and not scary at all... looks like Scooby Doo. Would have been funnier if it was a lot more frighting/demonic and yet they still selfie'd.
end. (sighs... yeahhhhh...)

Overall, mmmnnhhh... I am worried we just saw EVERY single funny joke from a 2hr film in less than two minutes. And I think this trailer has done that for damage control. And yet there is STILL large amounts of unfunny and not in tone shit in the new trailer!

Still a miss, maybe a netflicks "Maybe". But I have a feeling it's still going to be godawful. Now the trailer bounces the film "feel" all over the place.

PS - using the originals music at the start? Yeahh... fuck off trying to use that to hook the originals fans when the film itself is a "reboot" (grumbles) Assholes!

So much Neon. I'd come out of the theater with my eyes bleeding if I'd had any interest in seeing this mockbuster.

So on the plus side is Slimer is pretty much the same right? Also why the puff n fresh is back well mostly intact?

Either way I can guess the director will now get a new influx of hate related mails.

It looks okay. I wish I could say that I didn't understand why so many people have a problem with a reboot because it had a bad trailer, but someone's already declared the movie tainted by feminism in this very thread so I can't. 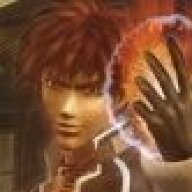 This is a much better trailer. It actually makes the film look watchable but I have a feeling we have just witnessed the only good scenes the movie has. The execs did a pretty good job hiding the awful comedy and acting in this trailer. It probably will even fool a few gullible chaps into spending money on this mess.

LifeCharacter said:
It looks okay. I wish I could say that I didn't understand why so many people have a problem with a reboot because it had a bad trailer, but someone's already declared the movie tainted by feminism in this very thread so I can't.
Click to expand...

Eh, I have a problem in that the movie looks like ass and does not seem funny at all. I think blaming either of those aspects on feminism is devoid of sense. I think it is equally vapid of those who claim that anyone who doesn't like the way the movie looks must just hate women/feminism. I've seen lots of people react negatively to movies they've not seen based on their trailers; I've never seen so many people defend a movie they haven't seen because the trailer, "is just a trailer."

All in all I like the idea of an all-female Ghostbusters. I don't so much like the way the ghosts look in this and I find the jokes to be somewhere between un-funny and cringe inducing. I do like Chris Hemsworth as their version of Janine though. Unfortunately the script looks like it will waste the talents of everyone involved.

Out of curiosity, how often do you see people react positively (or even moderately) to a trailer that looks terrible for a movie about something they really enjoy?

Gorrath said:
Eh, I have a problem in that the movie looks like ass and does not seem funny at all. I think blaming either of those aspects on feminism is devoid of sense. I think it is equally vapid of those who claim that anyone who doesn't like the way the movie looks must just hate women/feminism. I've seen lots of people react negatively to movies they've not seen based on their trailers; I've never seen so many people defend a movie they haven't seen because the trailer, "is just a trailer."
Click to expand...

I'd say it's less the fact that there is a negative reaction and more the sheer magnitude of that negative reaction. I have no doubt that there are people who just don't like the way this looks and find it unfunny (since, you know, the trailers haven't exactly been good), I just highly doubt that that is the reason why this movie is getting as much hate as it does.
K

Scarim Coral said:
So on the plus side is Slimer is pretty much the same right? Also why the puff n fresh is back well mostly intact?

Either way I can guess the director will now get a new influx of hate related mails.
Click to expand...

That's not the stay puff marshmallow man at the end.

it's the Ghost from the ghostbusters logo as patty visualises it when (for no reason) the villain says "choose the form of the destructor".