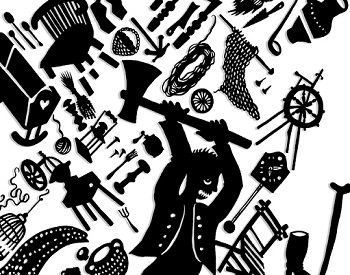 Professor Jack Zipes has completed work on the first ever English translation of the original collection of the Brothers Grimm fairy tales.

If Disney has taught us anything, it's that <a href=http://www.escapistmagazine.com/videos/view/top-5-with-lisa-foiles/9268-Top-5-Twisted-Fairy-Tale-Games>fairy tales, especially ones with the potential for family friendly musical numbers, are the film industry equivalent of gold. There was a time, however, when the fairy tales we all know and love were about as far from child friendly as you could get. The first edition of <a href=http://www.escapistmagazine.com/tag/view/brothers%20grimm>the Brother Grimm fairytales was infamously dark, featuring tales of sex, murder, cannibalism and more. The first publication of the tale collection, released in 1815, was so gruesome that the <a href=http://www.escapistmagazine.com/news/view/107391-NBC-Thinks-Fairy-Tale-Police-Drama-Could-Be-Just-Right>Grimms themselves would spend much of the years following deleting the gruesome tales and editing the remaining stories to be tamer, more Christian and a lot less kind to stepmothers. Sadly, an English translation of the original bloody book has never been released, leaving the non-German speakers stuck with the boring old seventh edition released in 1857.

That is, at least, until now. Hoping to give English readers a taste of the Grimm's original story collection, Jack Zipes, a professor of comparative literature at the University of Minnesota, recently completed a first-of-its-kind English translation of the book's 1815 release. Zipes translation, entitled The Original Folk and Fairy Tales of the Brothers Grimm, includes all 156 stories from the first edition, nearly fifty more than the later collections that would go on to become the standard.

Zipes has also restored many of the darker and racier bits the Grimms removed in later versions. In the tale of Rapunzel, the titular princess's dalliances with the prince are discovered after she has a "merry time" with him and then inadvertently lets it slip to Mother Gothel that she's pregnant. In the restored version of Snow White meanwhile, it's her biological mother who wants her "[stabbed] to death" so she can cook her lungs and liver "with salt and eat them."

Some of the most gruesome additions, however, come from the stories that were outright removed later volumes. How the Children Played at Slaughtering for instance, focuses on children taking turns pretending to be a butcher and pig. It ends with a young boy slitting his brother's throat. His mother then stabs him to death in a fury, which gives her other child time to drown in his bath. Understandably perturbed, she hangs herself. Returning home to this horrible scene her husband <a href=https://www.youtube.com/watch?v=DeoGfNEGVS0>pulls a Padme and dies of sadness shortly afterward.

While we're going to go ahead and say this isn't the sort of book you'd want to read your kids at bedtime, we'd be lying if we said Zipes' translation didn't have us intrigued. It's just interesting to look at stories likes these, many of which are so deeply ingrained in our culture, and see how horribly dark they once were, especially when compared to the sanitized versions we know today. If you're interested in reading Zipes' book, it can found at <a href=http://press.princeton.edu/titles/10300.html>the Princeton University Press.

Boy do I hope this finds its way to store shelves. I'm nearly done with the Lovecraft collection that I have and it just isn't cutting it for me on making me feel uneasy.

...I know the original fairy tales were disturbing, but Jesus... These stories are pretty dark. In fact, we can call them Grimm-dark...

Aaaand bought. Honestly, as a fan of the darker takes on fairy tales, it's always annoyed me that nobody had ever translated the original bloody works. Glad that's been rectified. 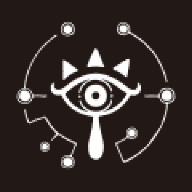 I have no idea how I got here.

This is great news! I've been looking for a long time for the original versions of those tales, never knowing that it had never been translated....

Not sure if the paperback/hardcover versions gets through censors on my country though to be sold here, although I wouldn't count on it. Maybe I'll just have to be content with the e-book version...

StewShearer said:
While we're going to go ahead and say this isn't the sort of book you'd want to read your kids at bedtime
Click to expand...

Isn't it interesting how times change. Stories specifically written to be read to kids at bedtime are now considered far too disturbing for kids to hear at all. Let's just hope none of them watch the news.

Sounds like the perfect read before seeing Disney's film production of Into the Woods. The pregnant Rapunzel was included in the play.

Oooh now that is my storytime book. Time to order it