No, you're thinking of what Sony does..

Lord Beautiful said:
They'd better not push Skyward Sword to this new console. Then again, if they do, that means I have no reason to keep a Wii, which means I can sell it.

Silly, It will be called the Wii-Wii.
Click to expand...

No, they'll go back to old-school names and call it the Perfect Nintendo Entertainment System, or PNES, for short.

dmase said:
"significantly more powerful than the PlayStation 3 and Xbox 360"

Mario's nose is growing...
I'll believe it when I see it.
Click to expand...

The 360 is over 5 years old, and the PS3 is about the same. It can probably be more powerful then them if the Big N wants it to be. Contrary to popular belief, in the last generation, the PS2 was the least powerful from a graphical standpoint.

As long as it's an HD console, and has a better online infrastructure, Nintendo can count me in. 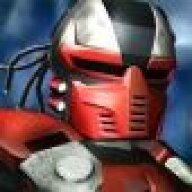 Throw in a new F-Zero and a new Super Smash Brothers, and Nintendo has itself a deal! 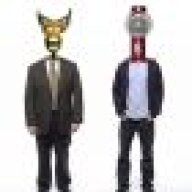 From the wording, I'd say it sounds like some bullshit that Game Informer made up. The magazine was biased against the Wii from the very beginning - it was one of the only major magazines I saw really slam No More Heroes.

"Not a gimmick like the Wii?" "Do things right this time?" Nintendo dominated this generation, and they did it with far lower tech and far fewer quality titles. 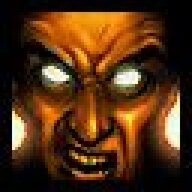 Fingers crossed that the Puu will be awesome.

vxicepickxv said:
I guess they the Wii stopped printing money.

That's going on my hard drive.

I second this notion, will be interested to see what Nintendo produce although it would take some pretty damn impressive hardware/innovation/exclusvies to pull me away from my 360.

This piques my interest

Big news. Looking forward to this.

dmase said:
"significantly more powerful than the PlayStation 3 and Xbox 360"

Mario's nose is growing...
I'll believe it when I see it.
Click to expand...

The 360 is over 5 years old, and the PS3 is about the same. It can probably be more powerful then them if the Big N wants it to be. Contrary to popular belief, in the last generation, the PS2 was the least powerful from a graphical standpoint
Click to expand...

The xbox was the most powerful - whats your point?
Click to expand...

My point is that Nintendo isn't terrible by any means in the technical department.

danpascooch said:
Who wants to bet this new console is to the Wii as the Xbox slim was to the Xbox

I doubt it's really the next big generation, probably just an upgrade.

That said, I don't really care anyway, Nintendo is going to have to do something BIG to get my trust back after the Wii, it's like I've been saying for years, they fucked over their stable fanbase for a quick cash in, and now it's starting to hurt them long run.
Click to expand...

OT: Glad to hear it. Seeing Nintendo beat them out hardware-wise might convince Sony and Microsoft to get up off their fat asses and stop holding back the industry. By this point Nintendo could easily develop a console which has twice the power of the 360/PS3 and only cost $100 to $150 than they do currently.
Click to expand...

Oh right, as for that part, I think it's just plain wrong. There are no hard facts about this console after all.

When has Nintendo ever had a console more powerful than the other front runners on the market?

I'm just hoping it doesn't get flooded with the gritty shooters. For now, I'm intrigued.

Well, Nintendo have stated that they consider Sony "defeated" and are now in competition with Apple so this thing really could go in any direction.

Verlander said:
Interested. I reckon they announce it at E3, and release it late 2012, before Microsoft or Sony can get to launch.
Click to expand...

What, before 2005? Even if this is true (which it probably isn't, given how this rumour pops up every single year), this is Nintendo joining the current generation, not starting a new one.

Which means Nintendo is launching a new console 5 years after the release of the old ones for a much higher price, with a lower install base.
Click to expand...

What? This doesn't make any sense, This isn't Nintendo "joining" the current generation, that was the Wii, which is starting to fail.

Making a more expensive console is how each new generation comes about, what makes you think it will have a lower install base?

Plus, I haven't seen a single article about Nintendo making a next generation console and I've been reading the headlines on this site every day for two years (two years the day after tomorrow)
Click to expand...

The Wii is 7th generation in timing only - its hardware (the thing that defines generations) is purely 6th generation. Thus, this will be them finally joining the 7th generation. As such, its launching to compete with the 360 and Ps3. So it will launch with a higher price point and an install base of zero, versus the Ps3 and 360's 55 million by that point.
Click to expand...

The timing is what makes the generation, you can't call it a different generation just because they chose not to put expensive hardware in it. The Wii came out to compete with the 360 and PS3, which makes it part of their generation.

Hell, with that logic we could call the N64 not part of the same generation as the PS1 because it was only timing, and was behind in "storage medium" because it used cartridges instead of discs, it would turn the entire cataloger system of generations into a complete clusterfuck.

It hasn't even been announced yet, much less released! This will just be the first console of the next generation, one of them always comes first, just like the 360 came first this generation.
N

From a completely technical standpoint manufacturing something on par with the first 360 right now should cost less than 200$ Graphics have begun to plateau, and ignoring 3D display, making something current should be an easy task for Nintendo.

I'm worried about possible 'always on' connections like the 3DS and possible DRM as those rumors have been making the rounds as discussed.

Also It would make since to release at same time as skyward sword since twilight princess was made for game cube and ported over with motion controls to the Wii. But lets not forget all the other 'new' titles announced at last years E3. Create buzz with new titles then push the new system with game ports is good business.

Looking forward, Sony should be showing off the new PSP at E3. Leaving Microsoft the odd one out without something new on the horizon to show off since Natal (Kinect) launched. Unless they announce official PC/Mac Drivers and titles, dun dun DUN! They won't but I can dream.
Show hidden low quality content
You must log in or register to reply here.
Share:
Facebook Twitter Reddit Pinterest Tumblr WhatsApp Email Link
Top Bottom