Things have changed for the Paddington movie since its first trailer [http://www.escapistmagazine.com/news/view/135364-Paddington-Trailer-Dry-British-Wit-Sopping-Wet-Bear] debuted back in June. Colin Firth, originally slated to voice the title character, has since been replaced by Ben Wishaw. Now, a new trailer arrives to flesh out the new film's storyline.

The film appears to maintain the same setup as Michael Bond's original Paddington books of a talking bear from "Darkest Peru" being adopted by a middle-class English family from a train station. However, the new trailer reveals that Paddington and The Browns now have an arch-nemesis to contend with in Nicole Kidman's "Millicent," a sinister taxidermist who wants to stuff and mount the (apparently rare) bear for her collection... and whom Kidman claims is so "awful and vicious" as to render the film too frightening [http://www.telegraph.co.uk/culture/film/11078509/Nicole-Kidman-Paddington-film-is-too-vicious-for-my-children-to-see.html] for her own young children.

The original A Bear Called Paddington was published in 1958, and went on to become a beloved worldwide bestseller and major literary/multimedia franchise since. The new film will be distributed by The Weinstein Company, and is due for release in the UK on November 28th (with a US release scheduled for mid-January.

Just not Paddington bear. Paddington is a very dignified bear and not some sort of slapstick lunatic.

Fuck me, that looks truly awful. Everything about it feels wrong, from the hammy dialogue to the ropey CG to the cheesy sentimentality to the derivative plot. It has none of the charm of the books or of the beloved TV series that was made from them.

It's always possible that this is just a bad trailer for a good movie - it's all too common - but so far it's looking very, very bad.


albino boo said:
Just not Paddington bear. Paddington is a very dignified bear and not some sort of slapstick lunatic.
Click to expand...

Yes, yes - 'dignified' is the perfect word and you've hit the nail right on the head with what is wrong here. Paddington gets into scrapes, but he's always trying to be civilized.

I read this, commented and moved on, and then suddenly this quote really hit home:


MovieBob said:
a sinister taxidermist who wants to stuff and mount the (apparently rare) bear for her collection... and whom Kidman claims is so "awful and vicious" as to render the film too frightening for her own young children.
Click to expand...

Good God - are they really, really going to grimdark Paddington? A Bear whose adventures previously focused on misadventures with marmalade sandwiches stuck to his hat and parlour magic tricks going wrong? Why in God's name do people feel the need to do this? Why go to the trouble of adapting an iconic character only to throw away everything that people love about it?

Make your own damn comedy bear story! Let someone who actually gives a crap about Paddington do this one!

Paddington looks god damn freaky, it's the uncanny valley of bears... I though that was only supposed to apply to humans.
at least the recut horror version of the trailer will be appropriate.

on the plot side, it looks so very generic like they took stock plot A#32B and did a find replace with Paddington characters.
"new family member, comes in warms everyone hearts a part from the grumpy one, but secretly the grumpy one loves them too but doesn't realise it until after the angry shouting where the new family member runs away and ends up in villian's clutches, but the plucky family works together to save the new family member and they all come together and grumpy one gives an apology and they live happily ever after until the sequel"

it started out cute until it got to the disgusting slapstick schtick....like seriously can't we just be ok with charming? babe was charming, walle was charming you know? 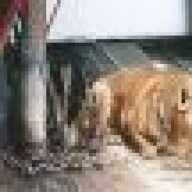 Used to watch Paddington Bear on TV. Shame they transplanted it onto such a generic format.

Some source material for the real spirit of the character:

I'll give it this... it looks better than Grumpy Cat. I use to love the Paddington Bear TV shows when I was younger and I can see something in the trailer that has that same feeling of those shows, like a spark of hope almost, but no it just doesn't work for me.

Well, Im interested. Its not going to be my favourite film ever, but it'll be interesting to see what new take they've come up with in its finished product.

Soulrender95 said:
Paddington looks god damn freaky, it's the uncanny valley of bears... I though that was only supposed to apply to humans.
Click to expand...

Hahaha! Yeah! I like this guy. He says what we're all thinking. Watching that entire trailer was pretty much like watching the entire movie without wasting 1.5 hours of my time, as you summed it up. I didn't laugh at any of their gags, and I thought perhaps it might be more suited toward my kids; but if they're going dark with it in some way, perhaps not.
Show hidden low quality content
You must log in or register to reply here.
Share:
Facebook Twitter Reddit Pinterest Tumblr WhatsApp Email Link
Top Bottom