Kid-friendly MMOGs are a growing market, but none of them have boasted characters as popular as those featured in the upcoming <a href=http://www.escapistmagazine.com/forums/read/7.98939-Marvel-MMO-Re-Licensed-to-Gazillion>Marvel Super Hero Squad Online. Many details about the game remain to be revealed (such as how the game actually play and how large the world will be), but the latest trailer to come out for the title makes no secret that both Super Hero City and its protectors are ridiculously cute.

Characters like Spider-Man, Thor, the Hulk, Dr. Strange, and the Human Torch are just a few of the heroes players will be able to control. Aside from that, locations of Super Hero City like the Daily Bugle building and Oscorp's headquarters are shown off. Finally, the trailer shows some examples of how players will be able to customize their headquarters, fight ninjas, bounce on trampolines, and stuff themselves silly with hamburgers.

Whether or not this game will actually be fun for older gamers remains to be seen, but the footage in the trailer is pretty adorable. I've never been overly amazed by the <a href=http://www.amazon.com/s/ref=nb_sb_noss?url=search-alias%3Ddvd&field-keywords=super+hero+squad&x=0&y=0&ih=11_7_1_0_1_0_0_0_0_1.47_116&fsc=10>cartoon show and <a href=http://www.amazon.com/Wolverine-Super-Squad-Iceman-Colossus/dp/B001LRPNFI/ref=sr_1_cc_2?ie=UTF8&qid=1280254290&sr=1-2-catcorr>toys that the game is based on, but my little cousins are in love with both. If the Marvel Super Hero Squad Online manages to be as cute and fun as it looks like it will be, Marvel and Gazillion Entertainment are sure to have a hit on their hands.

Now compare this with yesterday's DC online trailer. They couldn't be more different.

GAH! the bright colours! the music! IT BURNS MY SOUL!!!

Meh, it's going to get hotter tomorrow.

Anyway...I kind of hate the Super hero squad...BUUUUUUUT since I'm not the target audience, it's cool.

...Punisher was awesome in the show though.

Well, I could only get half-way through the trailer before I started feeling sick.
Poor show, 'gazillion entertainment.' 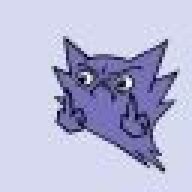 Well that certainly filed my quota of random for the day!

Wait, thats a video game?! It looks like something fashioned in a die hard fans mums basement, are you fricken kidden me?! The trailer for DC Heroes Online looks like gold compared to this brown covered trophy!

That reminded me of this:

Heh, Marvel meets 360 Avatars. It looks pretty entertaining though. Sure I prefer DC Universe, but come on, this looks like good fun for kids.

Hopefully, with this, younger children will now finally get a good quality game that does them right, unlike shitty Wii shovelware or crappy movie tie-ins. And heej, this might introduce more kids to the wonderful world of comics!

Which is good of course. Variety is never a bad thing.

Souplex said:
That reminded me of this:

Oh man that was hilarious. Best crime-analogy evah! I fancy some mac&cheese too now, hmmmm... 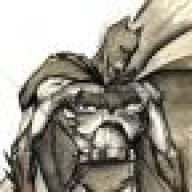 I am getting this game, purely to pwn 8 year olds.
T

Who can actually willingly say "I worked on a Super Hero Squad MMO" with any pride? It's almost like putting that you were in the movie "Tank Girl" on your resume as an actor, it's stupid, it will earn you no respect and it's just overall bad for your health. 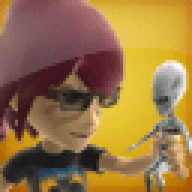 Its Marvel: Ultimate Alliance for kids.

The Great JT said:
Who can actually willingly say "I worked on a Super Hero Squad MMO" with any pride? It's almost like putting that you were in the movie "Tank Girl" on your resume as an actor, it's stupid, it will earn you no respect and it's just overall bad for your health.
Click to expand...

Its not the worst thing. I dont much care for it, but Id prefer my kids watch this and learn to like -Main Universe- Marvel than say...Twilight and iCarly.
Plus it may keep kids off of our M games that they should not be playing.

Yeah, that's what I was thinking 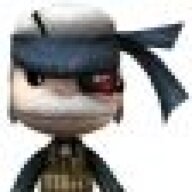