New Super Smash Bros. 4 Character Will be Revealed on Monday

I'm kinda thinking it will be Chrom, but that they'll also reveal a Lucina skin for Marth in the same trailer. How fucking cool would that be?

I'm still hoping for Geno, even if it is a pipe dream. The guy was one of the more requested characters for Brawl, and with Fortune Street showing that Nintendo and Square can get together to make games again, it's not entirely impossible.

Still, from what I've seen of Shulk, I wouldn't mind him being the new character either.
S

I'd almost pay to see Bayonetta in a Smash Bros game, but I doubt it. Sexuality is integral to Bayonetta's characterization; I can't imagine her stripping bare-ass naked and performing some perverse sex bondage final smash on Samus's sensual nude form as the sweat runs down her voluptuous... what was I talking about?
S

MarsAtlas said:
I would love to see a character from a non-localized IP or an IP that hasn't had an installment in a while. The former is a major reason, mmaybe even the reason we have Fire Emblem outside fo Japan, and the former would be great to breathe new life into a series that hasn't seen attention in a while.

Personally, I'd love to see Shantae or Klonoa make an appearance. Hell, due to Fire Emblem x Shin Megami Tensei, I can't entirely rule out an SMT character being welcomed into Smash Bros. Persona 4: Arena certainly sold well enough to warrant somebody suggesting it.
Click to expand...

This, I will buy a Wii-U for this.

It would be awesome if they pulled a Soul Calibur 4 and made SSB4 the first game that the P5 protagonist appears in.

It would be a shameless promotion of an untested IP, but I'd find it funny if one of the girls from Splatoon ended up being the new fighter.

Nintendo, it's time to let the Groose loose.
R

The moments I hate the industry: When an announcement for an announcement is treated as news :s (This counts for other industries as well, I'm looking at you movie-industry)
T

Please be Waluigi... or Poo.
G

I'm hoping for a Tales of Symphonia or Xenoblade character!
They would be so ready to jump inot this game.
First time in a while I'm looking forward to a monday

I'm really disheartened to see that the majority of these wished for characters, are in fact, 3rd party characters. Isn't three 3rd party guests enough?

Anyway, with 7-8 characters predicted correctly so far, it'd make sense to assume that the Genmatsu leak is correct and that the newcomer revealed will be either Chrom, Shulk, or Chorus Men. That said, the Genmatsu leak did fail to predict Rosalina and had a very broad prediction for Greninja (an X/Y Pokémon was predicted) so their may be more to be revealed than predicted by this leaker. Apparently the case of not predicting Rosalina was due to mistaking her for a Peach pallete swap, could another case of mistaken identity have happened with Chrom but in reverse, mistaking Ike for him?

Overall, whether or not the Genmatsu leak is true, I'm just hoping that we actually get a villainous newcomer. My hopes for Medusa are dashed with Palutena in, and I somewhat doubt Black Shadow's chances, so my hopes are going towards either Ridley or King K. Rool. That said, I doubt even if they are included that they'll be revealed this coming Monday, it seems the most likely newcomer to be revealed is Shulk due to Xenoblade's director re-tweeting the SSB announcement. On a whole, I haven't got much confidence that I'll be a fan of whoever is revealed, it seems I'll just have to be content with getting Little Mac in regards to my most wanted characters for this SSB.


Supdupadog said:
Be my armadillo man Dillon!
Click to expand...

Mr.Mattress said:
OT: I'm personally rooting for King Hippo from the Punch Out Series. Yes, they already have Little Mac, who's a small, swift heavy hitter that can't fight in the air, but King Hippo could be a slow, heavier hitter that is actually really hard to toss around in the air, thus kind of being Little Mac's opposite and increasing the Punch Out series roster.
Click to expand...

I'm hoping for King Hippo as well, though I somewhat doubt he'll be included this game. As far as other Punch-Out reps go, I feel he'd definitely play with a greater difference to Little Mac than any other Punch-Out character.


MarsAtlas said:
I would love to see a character from a non-localized IP or an IP that hasn't had an installment in a while. The former is a major reason, mmaybe even the reason we have Fire Emblem outside fo Japan, and the former would be great to breathe new life into a series that hasn't seen attention in a while.
Click to expand...

I do love suggestions like these, and quite a few of the characters I want tend to fall into one of these characters. My most wanted newcomer of all for SSB is in fact, Lip from Panel de Pon. Whilst the Puzzle League series has made it worldwide, Lip has yet to star in any of the Puzzle League games outside of Japan, and I really hope she get's her chance someday. Hikari & Donbe from Shin Onigashima are both retro characters and Japan only ones, and I think they'd make neat additions. Bubbles from Clu Clu Land, Ashley from Another Code, DeMille from Tomato Adventure, Mach Rider from Mach Rider, Mike Jones from Star Tropics, Nintendo have so many IPs which either haven't made it worldwide or aren't too well known.

Sadly, from what I hear, the closest we may be getting to this in regards to this SSB is a character from the Rhythm Heaven series but I'm still not entirely convinced the Genmatsu leak is either correct or the whole list of newcomers.

I want it to be Bayonetta too!

In that case, my second hope is for this.

MarsAtlas said:
Personally, I'd love to see Shantae or Klonoa make an appearance.
Click to expand...

Exactly what I cam here to say. Fans have been requesting Klonoa for a long time now, maybe they've decided there'd be demand for him? Or maybe Namco handed them a load of money? Would be all the same to me ^-^ 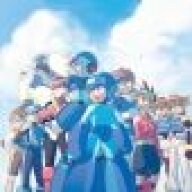 how about an original character?

dragoon3zero said:
how about an original character?
Click to expand...

I think that sort of misses the point of what Smash is...

OT: I'd like to see Lyn from Fire Emblem on the GBA.. Just because its the only Fire Emblem game i've played, and I just think she's pretty cool.

Bayonetta would be great but I honestly cant see her being put in without major changes :/ Then again her design isnt really that much worse than Zero Suit Samus, if they just maybe restricted how much of her clothes would fly off in certain attacks (ie like just bare her midriff and back or something like that) or just have her clothes not fly off at all then she'd be a fun addition

Nooners said:
Dr. Robotnik, please? Him in his walker could give him a nice skillset, and now that Sonic's Nintendo-exclusive, I'd love to see more of his crew join the fight.
Click to expand...

Really any additional Sonic character would be great be it Robotnik, Tails or even Shadow. I like the idea of using Robotnik though as, since they've nicely included a number of female characters, I'd still like to see a lot more villains.

Other than Robotnik, I'd love to see someone like Gangrel, Medusa, Feroxi, King K. Rool (or Captain or one of his other alter egos), Harry the Teleroboxer...I really didn't care much for Xenoblade Chronicles as a game but I wouldn't mind Shulk being announced. Of course I'm also pro-Ridley but my hopes aren't very high.
D

If there is an Awakening character, I want Lucina over Chrom simply because we already have 2 blue haired, sword wielding men from Fire Emblem. Would like a woman to even it out, if it's not too difficult to animate . As for fighting styles being too similar, Fox, Falco, Wolf all have similar styles but when it comes to competitive play/tier lists there are significant diffences in usefulness. 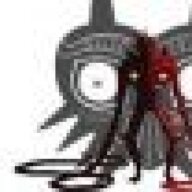 Please be skull kid, please be skull kid. I am pretty sure he won't be in hyrule warriors so please give me this Nintendo. I will buy a Wii U Tuesday if it's skull kid
Show hidden low quality content
You must log in or register to reply here.
Share:
Facebook Twitter Reddit Pinterest Tumblr WhatsApp Email Link
Top Bottom