Alright, to start, historically speaking, I've been told my reviews were a little too clinical and structured in nature. Where I disagree is that, simply put, I think structure and simplicity can sell themselves if done correctly. So I'm challenging myself, how far can I push the standard Graphics/Gameplay/Sound setup review into something both structured and excellent? I'm going to try my best, here's to hoping I succeed.
NewClassic Reviews: F.E.A.R. Combat

F.E.A.R. Combat is a free to download [http://files.filefront.com/FEAR+Combat+FREE+Multiplayer/;5417592;/fileinfo.html] and play online First Person Shooter (henceforth FPS) that puts players in the role of an advanced Special Forces-esque squadron member. The game is a smaller part of the already existing game, obviously titled "F.E.A.R." The appeal of this game is that it is both a quality, professional online FPS, and that it is also free. Granted, "free" having some terms and conditions, specifically forcing the end-user to register [http://projectorigin.warnerbros.com/fearcombat/main] before they can play, which is both a hassle and a method of, quite likely, free surveys and advertisements. Not that it costs anything, but it's annoying as hell... Otherwise, it is as-advertised, a free FPS for online gamers. Now, onto the meat.

The gameplay is devised of standard online-FPS modes. Including standard shoot-it-if-it-moves, Team Shoot-it-if-it-moves, Capture the Flag, King of a few hills, and slow motion capture the flag/shoot-it-if-it-moves. The game types are fairly standard and are likely to be found on just about any other FPS you have the will or want to play.
When you set aside the various game types, you'll find the gameplay itself to consists of trying not to be shot more than twice. The bullets are fairly realistic, in that just a few from any weapon will kill you. So a lot of the game is strategically placing yourself out of the path of bullets. It's a pretty fast-paced game, especially if, like me, you got used to games like Halo which reward you for being shot by scraping a pixel off of your lifebar.
Culture shock aside, the gameplay is rewarding and fun, and encouraging enough to continue running-and-gunning if that's your kinda thing. If you like Multiplayer FPS games, then you'll probably find things to like out of FEAR Combat.

Yeah, this doesn't look so bad... Why is there a bullet decal on the carpet?

Considering I run a dinky little laptop to play most of my PC games, it's a miracle I can even run this game. So, graphically, speaking, I can't really force the full-specs out of the game. Hell, I can barely run minimum. As such, I'm a little under qualified to really touch on the full scope of the graphics of this game. That observation aside, even though I can run this game only on minimum, it's still a decently pretty game that doesn't distract or confuse the eyes when you're running around, trying not to get shot.
Although, admittedly, this game isn't "Oh mai gawd, I needs to fraime mai moniter" good like Crysis or Bioshock, but still balances performance and visuals to an acceptable level. Frankly, I'm pretty impressed with the symmetry, even though I'm not impressed horribly by the maximum settings.

WHAT WAS THAT!? ALL I HEAR IS MY EARS RINGING... AND SHATTERED GLASS!

Guns sound like guns, bullets sound like bullets, people screaming in pain sound like people screaming in pain, and music sounds like eerie metal-bending noises found in every silent warehouse scene of every movie. Ever. There's not a lot to really comment on here, the sounds are adequately used, especially in team-voice functions, to be effective without being distracting.
If you're like me, though, and you value music that sounds like something other than random creaks and groans of old buildings, then you'll probably find yourself running an MP3 player in the background. Not to say that there's anything wrong with that, just makes me feel like something that could've been observed wasn't. Especially since online multiplayer is less about horror, more about shooting it if it mo- Yeah, you get the picture.

He just took out three Aeries like they were nothin- Er... Lame reference...

The gameplay is fun enough to keep you going throughout an entire match, and a couple more afterward. Its enjoyable, simple, a lot of fun, and not terribly difficult to pick up. The biggest issue is the difficulty curve, mostly in the wide gap between more experienced players and the less experienced players. Although, assuming you're familiar with the FPS genre, then the curve isn't going to kill you. It's pretty quick to pick up and run, and still goes the distance.
If you're into this kinda thing, then it'll last you the duration. If not, then don't hold out for this changing your life. 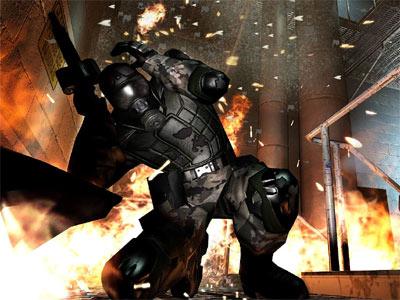 Even though I picked on the little flaws of the game, I generally enjoyed F.E.A.R. Combat. The gameplay isn't taxing enough to push me away, nor is it too unrefined to make me put it away forever. Overall, likable, generally fun, and not too displeasing. It's a game that promises just enough to make it sell, and delivers on enough promises to not let down.

[HEADING=2]Verdict[/HEADING]
Buy Download It. It's a fun game, that you can probably find rewarding, especially if you're a fan of this kinda thing.

Yes, this review contains just the right amount of word-spices. It's got more flair than your other reviews, and I would have to say it's more fun to read.

I always liked FEAR, but why did they make a multiplayer if there's already one in the game?

As for the review, it was quite good. I'd say less pictures and fleshed it out with more words would have made it a tad better. Still, I liked it.

I'm inclined to disagree, mostly 'cause I use the Assault Rifle. Pistols are pretty good, too.

As for the review, it was quite good. I'd say less pictures and fleshed it out with more words would have made it a tad better. Still, I liked it.
Click to expand...

I think this is for the people who didn't buy FEAR but still want online-FPS-y goodness. It's free to download and play, whereas FEAR is not (barring piracy, which is illegal), so it's probably just trying to widen the market for players. I would think as much, at least.

I'm inclined to agree here, mostly because the text didn't flesh out as much as I'd've liked. I should probably re-do it, but considering how experimental it is, I'd probably just do better by keeping it in mind for my next review, whenever and whatever I choose to do it on. Haven't decided yet. Issue with me: I don't have many new games, and hardly play them, so most of my reviews turn up being stuff people don't care about...

i like how the coop mod made for FEAR can also work for FEAR Combat. both are very enjoyable when you just wanna gun people down and you're fed up playing with counter-strike hackers.

I quite liked this review, pictures with captions, a touch of humour (though your other more 'clinical' reviews weren't without that either) and you hit all the points necessary for an FPS multiplayer game, so yeah, nicely played. I'm going to echo Meatloaf though, there was nothing really wrong with your more 'clinical' reviews, perhaps they were a bit long at times, but altogether, no real need to change.

Change wasn't bad in this case though. Keep on truckin' NC.

I'm inclined to disagree, mostly 'cause I use the Assault Rifle. Pistols are pretty good, too.
Click to expand...

Same reason I use an Elite for Halo 3 multiplayer. They are few and far between.

This is a good review, and manages to use the structured approach very competently. I still disagree with using a static approach rather than a dynamic one, however, as I believe it only works for new games and doesn't allow for much deviation. I doubt I could have reviewed half the games that I've done in any sort of a competent manner with a structured approach like this.

I'll go more in-depth with that comment. Sometimes, you don't need a whole section telling the player that the gameplay is very similar to the rest of the first-person genre or noting all of the individual flaws, while other times, you really need a lot of elaboration on the plot or elements of the game. You're writing for an audience which already knows about computer gaming, so it's safe to assume a general level of knowledge.

I just started re-playing the first F.E.A.R like 2 days ago but seriously ?
That gun sucks. One of the worst in the game. Slow rate of fire, crap armour piercing abilities. Its only redeeming feature is when you do manage to kill someone and then they fly back and get impaled on the wall. Or when someone is above you and you head shot them so they end up dangling from the ceiling with a spice theu their skull.
Im sticking to my Dual Pistol, SMG, Assault Rifle set up.

I just started re-playing the first F.E.A.R like 2 days ago but seriously ?
That gun sucks. One of the worst in the game. Slow rate of fire, crap armour piercing abilities. Its only redeeming feature is when you do manage to kill someone and then they fly back and get impaled on the wall. Or when someone is above you and you head shot them so they end up dangling from the ceiling with a spice theu their skull.
Im sticking to my Dual Pistol, SMG, Assault Rifle set up.
Click to expand...

I defend myself again! I don't care how powerful or useful a gun is. For me, it's about style. When I finally do get a kill, it's going to be an awesome one, not just another Assault Rifle on the list.

Plus, it's for diversity. 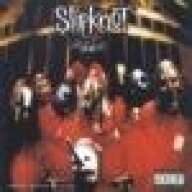 I guess this was where fear belonged sweet gameplay very advanced a. for its time and b. for a free download shooter the inter-combat technology and gameplay was the stand out all along in the original f.e.a.r and therein until today where it can still compete with most other shooters especially free to download ones.
Show hidden low quality content
You must log in or register to reply here.
Share:
Facebook Twitter Reddit Pinterest Tumblr WhatsApp Email Link
Top Bottom