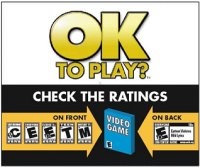 The National Institute on Media and Family [http://www.mediafamily.org/] has released a report based on last year's National Summit on Video Games, Youth and Public Policy.

Along with Iowa State University [http://www.iastate.edu/], the NIMF has also released a series of recommendations as a result of the summit, including the establishment of an educational program for the judiciary system on "how scientific research establishes probabilistic conclusions about causality," federally-funded education to improve the understand and use of game rating systems among parents, and the assignment of federal health research funding into questions raised by U.S. courts in rulings on videogame sales restrictions.

The report also suggests encouraging scientific organizations to file amicus (friend of the court) briefs in support of court cases involving videogames sale restrictions, as well as the exploration of a universal ratings system. "While government probably cannot require universal ratings of videogames," the report says, "government entities would be encouraged to engage in their own free speech and publicize retailers and arcades and other videogame outlets that allow access by children to inappropriate videogames."

GamePolitics [http://www.esrb.org], Vance said that while she was pleased to participate in the Summit, "We only hope that in the future, NIMF and [Iowa State University] will consider including members of the academic and scientific communities whose opinions differ from their own in such discussions."

"It should be noted that study after study, including those released recently by the Federal Trade Commission and the Kaiser Family Foundation, show that parents are overwhelmingly satisfied with the ESRB rating system," she added. "Even NIMF's own age ratings for videogames agree with ESRB's the vast majority of the time. That being so, we hope that NIMF and other Summit participants will consider devoting more of their energies to encouraging parents to use the valuable tools already available to them, such as ratings, reviews and parental controls."

More information about the National Summit on Video Games, Youth and Public Policy and its recommendations is available here [http://www.mediafamily.org/videogame2006summit/public_policy_panel_and_working_group.shtml].