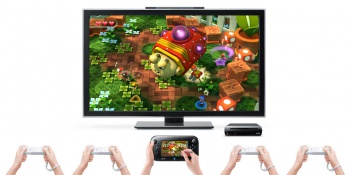 Wii U games will get a price increase from last generation.

Though Nintendo announced two different price points for the Wii U console earlier today, it failed to mention how much the games would cost. The publisher has now confirmed that Wii U software will be priced at $59.99, which is a ten dollar increase over last generation's Wii games.

This doesn't come as a huge surprise; Xbox 360 and PlayStation 3 games have been $59.99 since the respective consoles launched, while Wii games remained at $49.99. Still, with the holiday gaming season already looking pretty expensive, it would have been nice to see Wii U games stay at fifty bucks so we could save a few pennies.

It will be a while before we know whether or not Sony and Microsoft are also going to increase pricing for their next-gen games, but let's hope this isn't the start of a trend. And of course, this only applies to the high-end Wii U titles; there will likely still be plenty of games priced under $60. Nintendo's first confirmed launch games, New Super Mario Bros. U and Nintendo Land, both have $59.99 suggested retail prices, making the premium Wii U bundle (which includes Nintendo Land) look like an even better value.

I figured as much.

In before Activision announces Black Ops 2 will be $100 on Wii U.
Oh, you can bet your ass they would if they could.

Still though, the price isn't too bad. PS4 and 720 games will likely be more expensive.

If the price of games goes up much more,
I'm afraid that may be the end of my gaming hobby.

Or I'll buy the system with the best priced games.
[sub][sub]Which I believe at this point is a PC or a handheld. Somebody correct me if I'm wrong.[/sub][/sub]

I didn't even know Wii games were $10 less
A

Tanis said:
I figured as much.

Going to get worse with QE3 just started

Eclpsedragon said:
If the price of games goes up much more,
I'm afraid that may be the end of my gaming hobby.

Or I'll buy the system with the best priced games.
[sub][sub]Which I believe at this point is a PC or a handheld. Somebody correct me if I'm wrong.[/sub][/sub]
Click to expand...

Yes Steam's Summer and Winter sales make games ridiculously cheap. If you wait for it you can usually grab most $60 AAA titles on sale 1-2 years later for $10.

j-e-f-f-e-r-s said:
Source? I don't necessarily disbelieve the article, but without a source there's not a lot to go on with this article/
Click to expand...

Gamestop is posting these numbers, but if you look at amazon for some reason they thought it funny to list first party titles at $100 (but you save $0.03)

Each generation game prices seem to have hiked up, so it's not going to be a surprise when Sony and Microsoft do this too.

We already pay about $100 upwards for new titles at current generation in NZ for no real reason, so looks like we'll get screwed again. And Wii games, still release around $80-$100 here, first party Nintendo games almost never come down in price often, for the first couple of years.

I'm not surprised about the cost of the games going up like they did. This should only serve to remind folks of the cost of inflation. I am with others on this forum in saying that I bet the next Sony/Microsoft systems will be even more expensive.

Yeah... $60 for Mario Bros... you know Ninty?, I think I'll skip both of your consoles for the first time in my life. Especially with your ridiculous prices in my country ($76 for Mario Galaxy 2?, NO thanks). In fact, I think I'll may just skip the next generation of consoles entirely.

I've already found greener pastures with PC gaming and I like it. A lot.

An extra $10 bucks for "high end" Wii U games? So what Movie Bob has to pay $10 more for his nostalgia trips? Fantastic :S 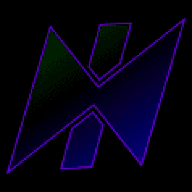 
antipunt said:
I didn't even know Wii games were $10 less
Click to expand...

Yeah, that was one of the perks of owning a Wii in my opinion. It's why when a lot of boneheads used to shout "I ain't paying $60 for a stupid kiddy Mario game!" about Wii stuff I just snickered to myself, but I guess people really aren't too informed about stuff they don't care about. But it's amazing how quickly people forgot that games used to go for less only after a year or so.

The jump to $60 actually happened mid-Gen7 with one of the Call of Duty games, I believe - even 360 and PS3 games started out at Gen6's $50 if I remember correctly and Wii kept the old pricing even after the other two upped theirs. Seeing Wii U adopt that $10 "HD tax" is saddening to me, but not entirely unexpected.

PC still has most new games at $50. (I've seen a few games that have been tainted by the $60 price tag though. It saddens me so.) I will still keep my xbox seeing as most of my school friends are xbox whores and think PC is a waste of time, but PC will be my true passion.

that sucks but it's not unexpected.

well now that nintendo has decided to go with the Ps3 and xbox 360 price model, lets see if they will also follow the fast price drops with most games. Reason being is that it can take years for nintendo games to even be lowered by 10 bucks. While some games 2 years and its 20 bucks or less.
Show hidden low quality content
You must log in or register to reply here.
Share:
Facebook Twitter Reddit Pinterest Tumblr WhatsApp Email Link
Top Bottom