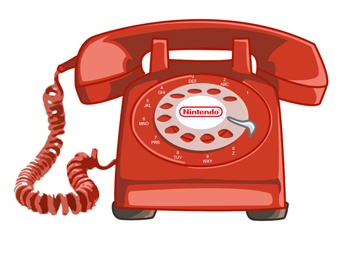 You're not likely to see a Nintendo phone any time soon, but the company did look into making one almost a decade ago.

Over the past few years, one rumor that's continuously reappeared on the Web has been that Nintendo's working on a mobile phone that would double as a handheld console. As of right now, this isn't the case, but Pocket Gamer has learned that the company was considering such a project during the early 2000s:

"A development source, who preferred to remain anonymous, has revealed that there was a skunkworks R&D project run by Nokia and Nintendo in the early 2000s - about the same time Nokia was working on its original N-Gage phone.

"The R&D efforts, which were located at Nintendo's Japanese HQ, were successful enough that the concept of a Nintendo phone was taken to the company's board of directors for approval. It was rejected.

"At the time, Nintendo was starting work on what became <a href=http://www.amazon.com/Nintendo-DSi-Mattea-Black-DS/dp/B001T8W2LW/ref=sr_1_7?ie=UTF8&s=videogames&qid=1281719266&sr=8-7>the DS, and presumably thought a dedicated portable console made more sense."

In all honesty, Nintendo's decision to reject the phone idea (even ignoring the decision to instead pursue the DS) was probably for the best. Nintendo was working with Nokia at the same time as the N-Gage was being developed, which was both a <a href=http://en.wikipedia.org/wiki/Nokia_N-Gage#Sales>spectacular sales failure and a pretty rotten gaming platform. Meanwhile, the DS has gone on to sell over 100 million units, so I'd say that Nintendo's board of directors made a good judgment call.

Ah, I remember the N-Gage. Yup, overall it was pretty useless.

I agree, Nintendo did the right thing. Although it would be awesome to have a Nintendo mobile phone, just because.

Wow. Going to have to agree completely - I'm really glad Nintendo didn't go down that route. It would have been a friggin' disaster.

Speaking of which, the rumors of an upcoming Sony Playstation phone [http://arstechnica.com/gaming/news/2010/08/report-sonys-playstation-phone-running-android.ars] running Google's android are just a bit worrying to me...

*dies laughing at the picture* 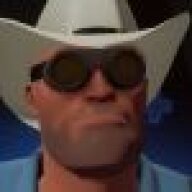 OT: Nintendo made the right choice with this, seeing as a phone has some of the worst video games on it and would have probable made Nintendo lose a bunch of money. *Plus you can always throw the useless stuff from Cellphones onto the DSi, man, I knew that thing was gonna suck.* 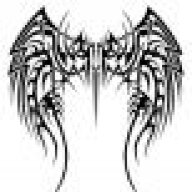 Does anyone actually remember dial phones now?
Click to expand...

Hey don't laugh I have a working one in my house! even if it does kinda look silly...

Anyway OT it's probably for the best because I really wouldn't want a phone that would say "Lets a go!" every time it rang
L

Apparently, some guy homebrewed a DS app that lets you use it as a phone.

I could have imagined if mafde a decade ago they would have had a good market for it.

Unfortunatly, if they tried now...yeah

While I think Nintendo definitely made a wise decision by not pursuing this project, I have to wonder if this idea really is as dead as it seems. Afterall, if Nintendo really does consider Apple the "enemy of the future", they might decide to pursue this idea once again in order to compete.

I certainly hope not. While the iPhone might not necessarilly be a bad gaming platform, I do think that it has less potential then a lot of people seem to believe it does. Hopefully, Nintendo will stay cool and do what it does best...make great handhelds.
T

Right now I think the thing holding phones back from becoming more viable gaming platforms is simply put greed. Service plans and buying "minutes" for phones is a massive expense, and while you can use a phone to play "offline" or "offnetwork" really that limits it's potential since few people are going to pay by the minute to play video games which is what full exploitation of the technology would wind up requiring.

I look back to the very early days of "The Internet" where things like "Prodigy", "PC Link", "Q Link", and other services were the primary venue. All of these services used a billing system similar (but not identical) to cell phones with a by-the-minute charge to do pretty much anything worthwhile... including use very basic chat rooms. This might sound unbelievable to some people now, but that was how it was. There were a lot of attempts to build online games and communities, including things like "Club Cairbe" which were very similar in concept to things like "Playstation Home" but the financial model that the people running these services wanted meant that in the end such things were reserved only for the very rich, and of course development was limited.

Online gaming and multiplayer didn't really start to take off until we started seeing more in the way of "Web Browsers" and ISPs who were willing to provide unlimited access for a fairly small, flat monthly fee. This caused the evolution of online games into things like "World Of Warcraft", the proliferation of chat modes, and of course sites and message boards like the ones we're on now.

I still remember back in the day when as a kid, I used to call BBS systems and use Echos because the actual "internet" at the time seemed to be a major scam, even if the technology it was using was interesting. The very first chat rooms that could have dozens or hundreds of people online at once (as opposed to a BBS which was limited by how many phone lines went into the host computer) were an intriguing concept, but I wasn't going to pay rates similar to a current '900' porn line to chat about video games and D&D even if my parents offered to foot the bill (or could have afforded to).

As a result I can see why Nintendo didn't jump on the idea, because in a practical sense they would probably just wind up doing the same thing they were going to do with the DS for regular "offline" play, since anything they developed using the technologies this opened would involve outrageous fees for playing the games they would want to develop.

However, while it's slow in coming I imagine eventually some company like Nintendo is going to work on developing it's on infrastructue, charge a flat service fee for equivilent quality, and put a lot of the current companies out of business (albiet at the cost of a lot of money to develop the infrastructure, not to mention the battles from big companies that won't go down without a fight, and since their service is more 'nessicary' and used by people nowadays compared to say PClink "plus" they also have more customers, and deeper pockets).

Such are my thoughts and observations. It's not just about making a phone/game console hybrid, there is more to it than that for it to be worthwhile. It would require a major push and involve a company like Nintendo pretty much trying to expand into a whole new level of business for them to do it "right" and produce a product like that with online phone games people would play. 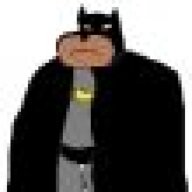 Hmmm a Nintendo phone? I imagine it would be small, cheap, generally not as good as other phones out there, have no keypad only voice activation and will only be popular because of what it used to be. 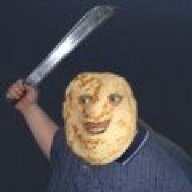 Well, my phone can play Nintendo GBA games (and any Nintendo before it), so it's the second best thing.
T

the iphone has a nintendo 64 emulator on it right? there problem solved
B

I could see a nintendo ds phone working quite well. it would be simular to the G1 but instead of having a keyboard the it would be a touch screen. It would also be possible to make a system where you payed a flat monthly rate for each game you eanted to play. if it was more than three dollars I would feel ripped off.

Honestly it's too bad they didn't. Maybe they could have owned the market and we could all be going "iWhat? Forget that I have a Nintendo phone" right now.

aww they could have called it the Nintenphone. I mean that's so catchy.

Dragonforce525 said:
Hmmm a Nintendo phone? I imagine it would be small, cheap, generally not as good as other phones out there, have no keypad only voice activation and will only be popular because of what it used to be.
Click to expand... 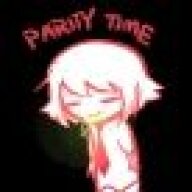 Hm, Nintendo might not currently be working on a phone but it's rumored that Sony IS currently making one that will be "a cross between the PSPGo and a smartphone", it's also supposedly going to run on Android 3.0 which will have a dedicated market section for games. Could be interesting I guess but I wonder if it will have better or worse graphics than the current PSP (given that it must be smaller for it to be part phone).

Does anyone actually remember dial phones now?
Click to expand...