Nintendo President Not Worried By Wii-Style Controller For Xbox

Nintendo President Not Worried By Wii-Style Controller For Xbox 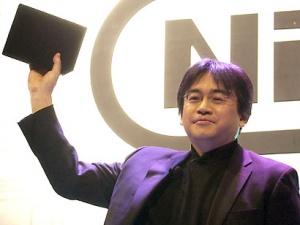 Speaking to investors at the close of Nintendo's record-setting financial year, Iwata said his concern was with Nintendo's ability to "constantly create and offer new surprises" for Wii [http://www.wii.com]owners in the future, rather than the actions of other companies. "I am also aware of the rumor (of a Wii-style controller for Xbox) and have seen a fake image made by a fan on the web which looks like a Wii Remote with the rumor that such a controller may be launched," he said. "However there is no way for us to comment on such speculations. All I can say today is, it is not that easy to develop software which leverages the characteristics of the Wii Remote."

"We are not concerned about what other companies may do but rather more concerned with presenting them with new ideas to our customers based on the prospect that our existing customers will surely get tired of the plays enabled by Wii Remote if we do not try to improve the experience," he continued. "In other words, what matters to us is whether or not we can continue to constantly create and offer new surprises one after another. If we can then [other Wii Remote-style controllers] should not be a big threat."

"If we can provide them with new surprises, they will continue to support Nintendo for longer, and if not, they will say in the near future, "That was Nintendo's peak"," he added. "So, we want to make sure we will do our job right."