Wii [http://www.nintendo.com]console, only months after resolving a legal dispute over the system's wireless controllers.

Lonestar Inventions, a Texas-based company, has filed claim against Nintendo alleging that technology contained with the Wii console infringes on a patent it holds for a "high capacitance structure in a semiconductor device." The patent is for "a space-saving method tripling the effectiveness of parallel plate capacitors by using layers of conducting chips," and was issued in 1993.

Lonestar Inventions has previously sued Eastman Kodak [http://www.ti.com/]over the same technology. While the company doesn't maintain an online presence, a search of Google reveals that the company has sued Texas Instruments and Marvell Semiconductor previously, as well as other companies, in unrelated cases of copyright infringement.

In December of last year, Nintendo was sued by California-based Interlink Electronics [http://www.interlinkelectronics.com/] over the trigger in the bottom of the Wii motion-sensing controller. That lawsuit was settled in March when Interlink voluntarily withdrew the case.

A Nintendo representative said the company does not comment on ongoing legal matters. 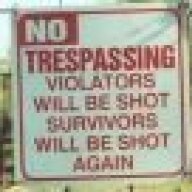 Have Lonestar Inventions even built anything or just theorized this patent and just sat on their ass for someone to stumble upon it?