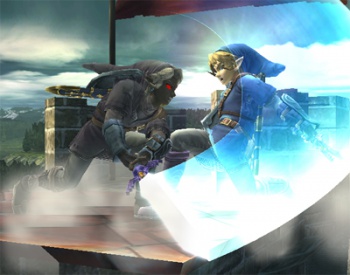 Nintendo finally explains Link and Zelda's history, and as you probably imagine, it's a bit complicated.

Piecing together the winding narrative of Zelda has always been difficult for gamers, and for at least a little while, for Nintendo as well. First, in 2009, there was an official statement that there was was a timeline [http://www.escapistmagazine.com/news/view/93128-Nintendo-Lays-To-Rest-Zelda-Timeline-Mystery], but that it's a secret. Now, it seems like Nintendo has finally made up its mind and committed, in ink, to a solution that makes the series seamless.

The answers were found in a recently released Legend of Zelda encyclopedia/art book, currently not available in the United States or Europe. The timelines below are the product of an early report from Japan [http://bbs2.ruliweb.daum.net/gaia/do/ruliweb/default/nds/84/read?articleId=649765&bbsId=G003&itemId=5&pageIndex=1], so bear in mind there may be something lost in the translation here.

Without further ado, here are the most official answers to date. Our timeline begins with four titles in the following order:

Due to the existence of a time jump in Ocarina, the game's progression apparently only represents one possibly outcome. From there, the timeline splinters, creating three separate alternate realities.

Here's the first sequence, in which Link actually failed to stop Ganon in Ocarina.

Now, forget everything you just read and back up to Ocarina again. This time, things happened as you actually saw in the game (Link kicking butt, then going back in time to enjoy his childhood). As this was the ending actually featured, I suppose that makes this timeline somewhat more "real" than the other. But to make this even more complicated, Link now splits into two parallel universes: one which follows his adventures as a child after time-traveling backward, and one which follows Link as he progresses from his victory over Ganon.

All and all, considering that Nintendo likely just made this up instead of having some secret master plan from the beginning, it's a decently logical list. One thing troubles me though: Why isn't Link in on any of these parallel and alternate reality shenanigans? Is Link some sort of spirit, continually resurrected without knowledge of his past lives to defeat the mighty evils of the somewhat complicated universe he lives in? Are all of these "Links" actually just different, mostly mute, elf-people in one of the most unlikely coincidences of all time? And where the hell does that break-dance battle from the 80s? [http://www.youtube.com/watch?v=sdYKBRcpJHk] What do you say, Escapist? Do these timelines answer all of your questions or simply raise more?

Well, it was about damn time.

Mike Kayatta said:
And where the hell does that break-dance battle from the 80s? [http://www.youtube.com/watch?v=sdYKBRcpJHk] What do you say, Escapist? Do these timelines answer all of your questions or simply raise more?
Click to expand...

More importantly, where do the CDi games fit in?


Non-canon you say Nintendo? We'll see about that. Seriously though, I'm surprised that actually released this time-line really, I thought it was something that would be fan-guessing forever more.

Four Swords is a different game to Four Swords Adventure. The former is just a short add-on to the Link to the Past game, with a separate storyline, whilst the latter is an independent full game.
T

This just makes me want to slap somebody.... My head hurt from all the clusterfuck in my head right now.
D

How is Majora's Mask in the adult time line? That makes no sense....
D

How is Majora's Mask in the adult time line? That makes no sense.... 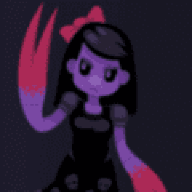 Dalvyn said:
How is Majora's Mask in the adult time line? That makes no sense....
Click to expand...

That's the first thing I said. An error in the draft they have a hold of?
D

Dalvyn said:
How is Majora's Mask in the adult time line? That makes no sense....
Click to expand...

That's the first thing I said. An error in the draft they have a hold of?
Click to expand...

That or Nintendo really did just throw a bunch of darts at a board and ran with it.

This timeline as reported is actually wrong. The adult timeline would be Wind Waker and onwards, as the Master Sword's chamber has the sages on the stained glass windows and they would never have awakened to their powers in the child timeline. The child timeline would be Twilight Princess and onwards, as Link alerts Zelda to the future and Ganondorf is instead taken away to be executed. I haven't read the whole translation but the Child timeline leading to Twilight Princess is definitely affirmed by the book. The article just categorized the branching timelines incorrectly, as the order of the timeline in each category is correct but given the wrong header.

Also, although it is Gannon in the first game, he becomes known as Ganon/Ganondorf in every other game and so canonically he is more properly known as Ganon. Just a heads up!

Also, the stories of the hero of time (which are spoken of quite a bit in Wind Waker) don't exist in the Child timeline, as Link never had to be the Hero of Time in that continuity. 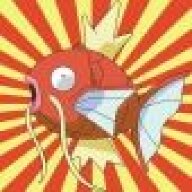 xyrafhoan said:
Also, although it is Gannon in the first game, he becomes known as Ganon/Ganondorf in every other game and so canonically he is more properly known as Ganon. Just a heads up!
Click to expand...

Was that a typo in the first game then?

OT: I would've thought that the adult/child timelines wouldn't be separate, as all the games in the victory branch are ocarina link's descendants (with the exception of majoras mask, which should be in the child branch). Also, I'm a bit confused as to why the child & failure timelines exist, as neither of them happened...
Also, I want that book.

personally ,i'd like to know HOW exactly link failed to stop ganon in oot. was he killed in the spirit realm? crushed in the falling castle? or did he get to the final battle and take an arrow to the knee? either way, some explanation would be nice

I won't be satisfied until they include his brief venture into our world to face off against Soul Edge in the Soul Calibur series. Because that seems like a better explanation for why the multi-verse concept happens here. He goes to our universe, then gets sent into another universe, thinking its his, but it is different in some way that sets a new series of unfortunate events into motion and now I've gone cross-eyed.
A

Is Link some sort of spirit, continually resurrected without knowledge of his past lives to defeat the mighty evils of the somewhat complicated universe he lives in?
Click to expand...

spoilers for SS ahead


at the end of SS, demise curses zelda and link basically saying that their decendants would forever be followed by a shadow of his evil, ie, ganon.

in the case of the failed timeline, the link is actually only two links, with the oracles being him doing favors for the triforce, awakening is him leaving hyrule for some reason and having a weird dream when he gets shipwreced, and zelda and zelda 2 being a descendant of his after he manages to get to a new land.

in the adult timeline, the link is a distant descendant that kills a freed ganondorf and stays for PH, ST lnk being a grandson or something.


so basically, Vaati and OoT ganondorf are the embodiments of demise's curse, ganondorf being killed in each timeline (with many, MANY attempts to bring him back in the LttP one), vaati sealed before the timeline splits and killed it the TP timeline, and 4SA and LoZ ganon's being demise's extra "attempts" at killing SS link's descendants.

so yeah, the reason this all happens to link is either because it's the same link having another adventure, ganondorf breaking free and trying to kill OoT link's descendants, ganon's henchmen trying to bring him back, or in ST, LoZ, and 4SA, demise's curse creating another great evil to ruin SS link's descendants day.

Did one of those timelines make the master sword obsolete and end up replaced by the less often seen four sword? Personally I'm surprised they even made the four sword series part of the main continuity, or one of them at least.
A

archvile93 said:
Did one of those timelines make the master sword obsolete and end up replaced by the less often seen four sword? Personally I'm surprised they even made the four sword series part of the main continuity, or one of them at least.
Click to expand...

WW ends with the master sword lodged in ganondorf's skull, TP end with it in his chest, both times, ganondorf gets turned into stone and the sword is permanently lodged in there, after TP the four sword is used, and after WW it's the phantom/lokomo sword, in the LttP timeline, it's returned to the lost woods and because the rest of the stories start with link getting teleported suddenly to wherever he needs to be, he doesn't get chance to take the master sword, and in awakening, he presumably leaves it there in case someone else needs to protect the sacred realm.
as to why the master sword isn't just removed from the statuified ganondorfs, I guess it's probably keeping ganondorf's spirit locked in there.

if the four sword ever makes another appearence, I'd guess it'd probably be another "whoops, zelda poked the sword and released [entity currently sealed in sword] again, go split into four and jam it back in there again"
(TBH, I'd love that to happen, I always liked the gameplay of minish cap and four swords, as opposed to PH and ST screaming "LOOK AT ME I HAS A TOUCH SCREEN NOW! AE YOU IMPRESSED?!?" for me zelda just isn't a touch screen friendly game, give me a region to explore with a music based warp system, over a bunch of areas connected by water/tracks anyday *Prays for remake of oracle and awakening games*)
Show hidden low quality content
You must log in or register to reply here.
Share:
Facebook Twitter Reddit Pinterest Tumblr WhatsApp Email Link
Top Bottom