No More Secret Identities: The Trouble With Alter Egos 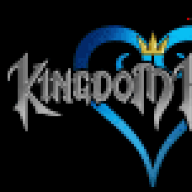 I was kind of disappointed in this article. Not that it wasn't a very good article, which it was, just because I thought that this was going to go into a completely different direction then it did. Which is how unrealistic secret identities would be in today's world. 30-40 years ago an alter ego made sense. They had security footage back then, but it was so grainy it would be near impossible to identify someone from that alone. Now days, security cameras are everywhere, everyone has a camera phone, forensic analysis has gotten a million times better. I think that would be a much more interesting perspective on "The Trouble With Alter Egos".

I should clarify that I don't think superhero secret identities are bad; I do think however that they're something creators use because "that's what heroes always do" which leads to weak storytelling. Secret identities make it way too easy for writers to raise the stakes by exposing them, only to resolve the story with memory wipes or "Oops! You were just mistaken" plot twists.

To say that secret identities are what makes characters interesting or relatable doesn't ring true to me. More often than not, I suspect it's a crutch that prevents superhero universes from taking risks on different kinds of stories.


Trishbot said:
I was always amused by the X-men.

Everyone knows Jean Grey. She doesn't even use a code name most of the time. Doesn't wear a mask.

Wolverine. Doesn't even know his OWN real identity. Wears a mask.
Click to expand...


Robyrt said:
The X-Men are a great example here, since they have fewer reboots and retcons than the general comics population.

The '60s team (Cyclops, Marvel Girl, Iceman etc.) had secret identities, with the old boring plot lines about whether people would find out about their normal boring lives.

The '70s and '80s team (Storm, Wolverine, Rogue, etc.) are like rappers: they have code names for public appearances, but their real names are public knowledge. Most of their friends are also Marvel characters or halfway across the world, so they don't need to worry about putting people in danger. Jean Grey's roommate is dating Iron Fist, Nightcrawler's girlfriend is a witch who helps the X-Men just as often as she gets kidnapped, etc. Note the switch from "Marvel Girl" to "Jean Grey" to "Phoenix".

The '90s and '00s teams basically treat a superhero name as a rite of passage, like a fraternity nickname. With more of a focus on the school, you get the impression that the name you pick at age 14 to make your dumb power sound awesome is the name you'll be stuck with for the rest of your life. The people with dumb super hero names use their real names. As Wolverine becomes less ferocious and more responsible, people start calling him "Logan", while as Kitty Pryde grows up and becomes cooler, people start calling her "Shadowcat". (No one, not even in the comics, could ever call her "Ariel" with a straight face.)
Click to expand...

That's a great point. I'd never considered the X-Men that way (probably because I don't read them as often) but the shift from "secret identity" to "public institution with code names" suits them very well.

The thing is, when it come to the cinematic superheroes universe, the heroes don't have enough villain rousters for them to attack the heroes friend and family. Speaking of which excluding Spider-Man, who are the friend and families of the heroes exactly? Tony got Pepper and Rhodey who are close by, Captain America friend is Sam who is Falcon who he pretty much take care of himself.
Show hidden low quality content
You must log in or register to reply here.
Share:
Facebook Twitter Reddit Pinterest Tumblr WhatsApp Email Link
Top Bottom