I don't know about her being unattractive, for her age she certainly takes care of herself. I don't think calling her ugly does anything but vindicate her opinions.

I don't think anyone should be attacking her for thinking she's attractive, if anything, more women should think like that.

My problem with her is that she seems to use free things men have given her as a way of validating her self-worth and refuses to believe that any of the negative things that happen to her with her friends and at work is due to anything other than jealously. Don't get me wrong, some people are resentful of others with the type of self-confidence she has but I doubt that all the things she thinks she has been denied don't rest, at least partly, on her actions rather than her looks.

She needs to snap out of that victim mentality and stop believing 'it's not my fault I'm pretty and you're not'. She complains that all women are jealous and hate her but, to be honest, if you approach a group of people with the attitude that they're not going to like you because you're so beautiful and they'll be afraid that their husbands will want to fuck you then, chances are, you're not going to make the best impression.

First of all, attractiveness is entirely subjective.

Second of all, even if what she's saying is true in her mind...what, we're supposed to feel sorry for you. "Oh, boo-hoo, you've been cursed with beauty and have more social advantages than disadvantages compared to the rest of us average or ugly-looking jealous bastards!"

Pfft. Nothing more than a publicity stunt from a ***** (whose article is prejudiced in itself) eager to feed her ego, which many people fell for. Also, it's the fucking Daily Mail, what more do you expect?
O

I don't think the point she's trying to make is absolutely infeasible in theory anyway, there surely is a downside to being constantly handed lots of things unearned by any actual work of your own. Privileges have their downside. They don't merit as much sympathy as the issues of those who fall foul of privileges, sure, but they do exist nonetheless.

The problem with the article to me is that it's trying to reduce all of her problems to this one issue. Perhaps she's not been bridesmaids to any of her friends because of her "sparkling" personality. Or maybe her friends are all as vacuous as she is.

You had me until that sentence.

Distancing yourself like that is similar to what the Brick lady is doing. It's as if every other woman is so insecure she can't cope with the idea that someone might be prettier than her, in saying that you're not 'a typical woman' it seems as though you're just kind of agreeing with that idea.

SmashLovesTitanQuest said:
You mean more women who are actually attractive should think like that.
Click to expand...

What would the downside be of women who weren't attractive thinking they were? Are you worried the streets will be full of uppity ugly people feeling good about themselves? 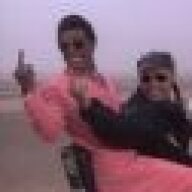 I don't agree with her, but I am not your typical woman.

SmashLovesTitanQuest said:
You mean more women who are actually attractive should think like that.
Click to expand...

Eh, I guess eye of the beholder etc etc etc.
Click to expand...

You just pretty much answered for me.

I'd prefer it if more women (and people in general) thought 'You know, I'm pretty awesome'. For every person, there's normally going to be someone who finds them attractive and confidence can do wonders for the way people see you.

Important distinction though, confidence, not arrogance.

You had me until that sentence.

Distancing yourself like that is similar to what the Brick lady is doing. It's as if every other woman is so insecure she can't cope with the idea that someone might be prettier than her, in saying that you're not 'a typical woman' it seems as though you're just kind of agreeing with that idea.
Click to expand...

Ah, I see what you mean. That wasn't my intention though.
It was more, I tend to not be anything like what women are percieved to be like and I dont know tons of women so it just confuses me. That probably sounds weird, its hard to explain.

Now that I think about it, none of the women I do know act like that either.

What would be a typical woman? Mmmm hmmm, generalisations ho!

OT Read this and the response and gotta say she is just deluded. It isn't her looks holding her back, it's her horrid personality.
Click to expand...

There probably isn't a typical woman, but whenever I hear anything about women it seems to be the opposite of what I am actually like. So yeah, I guess internalising generalisations is messed up. Shan't do it again. 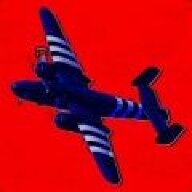 doggy go 7 said:
This woman wrote an article in an English newspaper (linked below) discussing how being "beautiful" is an incredible irritating aspect to her life.

she is now under heavy attack, both from people saying she's arrogant, as well as people pointing out that she, at least in their opinion (and also in mine), isn't actually that pretty at all, if anything, she's fairly average looking. now defending herself, she claims that this attack "proves her point", "and that noone in the world is more reviled than a pretty woman" (her responce piece http://www.dailymail.co.uk/femail/article-2124782/Samantha-Brick-says-backlash-bile-yesterdays-Daily-Mail-proves-shes-right.html)

I'd like to hear what you think; is the anger justified, can you defend her, do you think she's wrong and arrogant, or even a simple rating of her looks (she started it after all)
Click to expand...

The second link is dead, looks like the Mail changed the address. Here's the new one:

http://www.dailymail.co.uk/femail/article-2124782/Samantha-Brick-says-backlash-bile-yesterdays-Daily-Mail-proves-shes-right.html (It seems the same as the one you posted, but it's working on preview whereas your doesn't so iunno what the Mail are playing at)

OT: She's all right looking, not great, not terrible. I can't honestly see people seeing her as as much of a threat as she makes out though. Either her social circle is really backstabby and paranoid, or she's backstabby and paranoid (or both). If some people are that bad she should just stop associating with them.

And if she's eliciting that response from everyone, it seems likely that it's something to do with her personality.

Seems a bit dramatic and self-obsessed, given all of the bigotry on the world, to say "that noone in the world is more reviled than a pretty woman" as well. Try telling that to an Egyptian Copt or an Iranian Jew or a transsexual or [insert persecuted group].

EDIT: Just to be clear, we aren't all like this in the UK! I think she's as weird as everyone else does!

Also, here's the rest of her articles. Fucking EUCH! 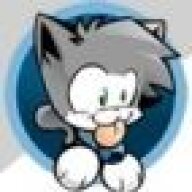 Just another skinny blonde. You can't swing a dead rat without hitting one of them. I find them dull and boring myself. As for being good looking closing doors, yeah it probably does. That kind of averages out with all the ones it opens though. For good or ill, good looking people are generally treated better than ugly ones in our society. You don't hear me complaining about it.

SmashLovesTitanQuest said:
To me, that seems more like "Who cares if im attractive? Someone out there will like me", not "I am attractive".
Click to expand...

Not necessarily, if you perceive yourself to be ugly then more people are going to see you that way. I'm not the most attractive person in the world but when I put on a nice dress, a pair of heels and hit the town do I feel attractive? Fuck yeah, I do. 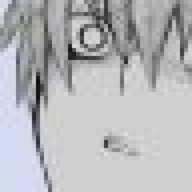 Stop reading the daily mail and they will stop trolling you. Every pageview is an endorsement.

Already read this on a site that wouldn't give traffic to the DM.

Seriously laughing my ass over it, such a stuck up, arrogant Woman. That in itself is unattractive, regardless of looks.

Is she catholic..well or christian at all? Because Pride is a cardinal Sin and all..well its vanity really but it falls under pride as well so yeah.

I'd find it utterly hilarious if that was the case to be honest. But more seriously, uh she aint pretty, she isnt ugly really but she isnt a "looker". Its not a person that turns heads or anything. She's just full of herself at this point really, yes Women usually get the jealousy and all when they do look too good by other women who dont, but i dont really believe that woman actually has that problem. She's average at best, she aint ugly nor is she basicly a supermodel.

Its really just being so full of yourself, its one thing to accept your own looks and consider yourself "pretty", but its another to flaunt what essentially amounts to a good average as the same thing. Just makes her look stupid really.

Lolwat, this woman is like a 6 TOPS. The balls it takes to write an article like this is beyond me. 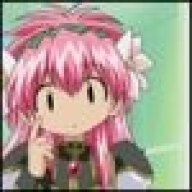 Self-confidence in how you look isn't always a bad thing, and I wish I had half of the amount she seems to have.

Sadly, arrogance and egotism seem to come with it a lot, and this woman has arrogance all over her. Personally, I don't even think she's that attractive; her smile definately looks forced. But then again, I suppose that's because of all she has to endure in her hard life isn't it? *rolls eyes*