The debate that we've holding in our pockets for almost four years is finally upon us. The definitive answer to which original trilogy Star Wars is best. Let's do this.

Jedi was my favorite as a kid but at some point later on I began to like Empire more. It's just got a much tighter focus and atmosphere than any of the other films in the series I feel.

While I overall like Empire more....I think....a story is a waste without a conclusion.

Also, why did you pollute your show with Hayden Christensen? That man is a disaster on two legs. Just his pic on your show made me bubble with rage.

OT: Honestly, I still like the first Swag Star Wars film in general... Probably because of all of the hinting/subtext that ended up in the original theatrical version or something...

Other than that, unlike the first movie, I feel like I can only watch Episode 5 or 6 if I have seen the previous one beforehand... It's like re-watching a Lord of the Rings sequel or a Harry Potter sequel after The Prisoner of Azkaban... 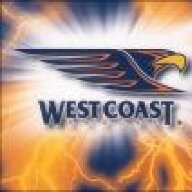 Empire for sure, Jedi tried to tie things up but some of it just seemed hammered in just because everything the rebels did was for nothing until you get some sentient, stone-age teddy bears pissed off.

Think the next debate should be whether the original theatric releases were better or the ones Lucas tinkered with. I have the originals in a boxed VHS format and have yet to ever see the tinkered versions.

There is definitely a right answer and it's "Star Wars Episode V: The Empire Strikes Back".

Adam Jensen said:
There is definitely a right answer and it's "Star Wars Episode V: The Empire Strikes Back".
Click to expand...

Agreed. The shows title should have been "No questions asked." for this one.
D

Adam Jensen said:
There is definitely a right answer and it's "Star Wars Episode V: The Empire Strikes Back".
Click to expand...

Lack of epic space battles hold it back. I need wars among the stars in my Star Wars.

Too much swag! We are approaching critical swag! Turn down the swag!
I think you just invented a new language.

I'd argue his point but there's just too much swag to deny.

I'm pretty torn. I grew up thinking Jedi was the best, but a watched the whole trilogy a few years back trying to view it as if it was the first time. Empire was a better movie for sure... Then I think of the ending of Jedi and it was just as good as the ending of Empire, but it made me feel good instead of bad.

The only thing that Jedi truly lacks to me is Han Solo. Han is in it, but he's not the guy that was in Empire. All of his lines fall flat, and his best moments was when he was just being Indiana Jones: Action Hero. At this point, I may as well as declare them both a tie, because they both have strengths and weaknesses.

From best to worst (personally):

And some other points:

From a structural level, I think Empire is probably the stronger film. There's less cons to Empire than Jedi, but IMO, the pros of Jedi are enough to give it the top spot, if that makes sense.

A New Hope and Revenge of the Sith are close for me as well, but it's kind of the opposite, in that A New Hope is the tighter film, but Revenge of the Sith is the more watchable one, and easily the best of the prequels. Overall though, I have to give it to a New Hope, because while I do consider RotS to be a genuinely good film, it's still a very flawed one.

Prequels as a whole...truth be told, I've never been that enamored with Star Wars - yeah, I enjoy it, but that's about it. I saw the OT in cinemas in the 1990s, and I saw the PT when it came out afterwards. Looking back, and after Red Letter Media, yeah, they're very flawed, but I can't call them horrible. There are far worse films out there for me to descend into a rage over the prequels. So yes, I enjoyed the prequels at the end of the day. But that said, since I'm making a list, I'd rank PM over AotC. Of the prequels, PM is an average space adventure, RotS is the epic, whereas AotC is the awkward middle child.

But that's just me.

So... does Chris have to debate with a handicap now?

I mean he's pretty good at it normally and the swag bollocks came out of nowhere on this...
C

leviadragon99 said:
So... does Chris have to debate with a handicap now?

I mean he's pretty good at it normally and the swag bollocks came out of nowhere on this...
Click to expand...

My bollocks are so swag. I can't deny this fact.

It was Return of the Jedi originally and it hasn't changed. Seeing Jabba and the fights that followed soon after are still my favourite moments in the whole series.

I'm going to risk ostracisation and say A New Hope. ANH is the Star Wars movie with everything: Epic Space Battles (ESB's); Lightsaber Fights (LSF's); Pew Pew Lasers (PPL's); romance (or sexual tension, at least); tragedy; an entire DnD session worth of memorable quotes; Han shooting only; a bunch of other stuff mentioned in the video; and ANH did it first. This was our introduction to the Warring of the Stars and everything about it blew the minds of a generation.

Some things it didn't have: Sesame St vs Narcoleptic Goons; an open ending; a training montage without the montage; retroactive incest.