No Right Answer: Is Destiny Bullsh*t?

You know what? I think this is all Activision's fault. I mean, c'mon now. They worked on Destiny for... What... Four years? Perhaps more? And this is all they have to show for it? A tight but bland shooter with little story or lore and limited multiplayer?

What. The. Hell? This isn't the Bungie I knew. I think Activision turned them into zombies or something.
M

Yeahhhh was going to come in to try to say how much I like it but decide not to..

Seth Carter said:
Destiny is something that was intended to be something, then apparently internal strife mucked the hell out of it (particularly that head writer guy leaving and apparently having enough control or ownership of the story that they had to rewrite the entire thing in a few months and slap it in with minimal production values.) and Activision most likely forced them to hurl it out in its current state anyways.
Click to expand...

That explains the lack of story.

Rituro said:
In other words - Destiny = Planetside? All right then. Pass.
Click to expand...

I haven't played either, but from what I can tell, Planetside is much better. It's free, it actually has an open world (in one of Bungie's videos, the guy looks over this giant vista and says it's all playable area -nope! Invisible walls galore), and you can play with way more people at a time.

OT: Destiny was marketed on lies. Sure, the actual gameplay is apparently solid, but the incredibly shitty business practice behind it is borderline sickening. I don't normally care if people play games I don't like (kind of a dumb thing to care about), but with Destiny's case, I make an exception. They sold a ton of copies and this might tip other devs off that, it's totally okay to sell a game with almost no story and then charge you for said story in future expansions. I really hope Destiny's success doesn't encourage other devs to do this, but I wouldn't be surprised in the least to see future EA and Ubisoft games employing this strategy.
Click to expand...

The gameplay is the most enjoyable FPS experience I've ever had on a console, to the extent that I've never wished I was playing it with a keyboard and mouse. If you gave me the chance to go back in time and revisit my decision to buy it, I'd absolutely buy it again.

Personally, I don't find storyline important. If I have fun playing the game, I don't need a story. Games like Civilization, Counter Strike, TF2, HoN and F-Zero X are probably the top few games I've played in terms of hours, and none of them have any real story line to them. It's the gameplay that's important to me. It also why I've never finished Skyrim or Mass Effect. Sure, they have these really interesting stories to them, but the gameplay just doesn't make it enjoyable enough to reach that conclusion.

Makabriel said:
Yeahhhh was going to come in to try to say how much I like it but decide not to..

Because what it is is a lazy and sloppy scam that fails to deliver a worthwhile experience for full retail price.

Notice how he didn't give any evidence to show how Destiny's public events are superior because he can't. Are they bad, no, but they aren't better or anything more than just generic shoot more of the same dudes.

And again to throw his WoW comparisons back in his face, even looking at just vanilla WoW (with the free first month of game time too) there is 100x the amount of content and story you get in Destiny. Even if you want to say "but it's not an MMO" and compare it to other shooters the lack of content is laughable in comparison.

I had to pause the video on public event? waterslide to make sure it wasn't the waterslide from my hometown since it looks exactly the same. Guess they probably just mass produce that slide since it's exactly like the one from my childhood, but the pool's all wrong.

I think Warframe's done the public event thing for over a year now.

I haven't played Destiny, so I can't say if it's bullshit or not, and Kyle didn't appear for me to default to his opinion since about 90% of the time I side with him. What I can say is bullshit, from what I've heard and seen so far, is the lack of an open world, and the loot system.

Makabriel said:
Yeahhhh was going to come in to try to say how much I like it but decide not to..

Because what it is is a lazy and sloppy scam that fails to deliver a worthwhile experience for full retail price.
Click to expand...

*shrug* For you maybe. 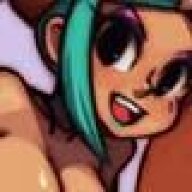 Destiny is a pathetic excuse for a game. It looks really nice, I'll give it that, but that's about it. The minimal story and restrictive number of planets makes multiplayer the only option after about the 5+ hours it takes to complete the campaign. The multiplayer aspect has tight controls, which is good, but even that gets tedious and boring after you play on the same 5 maps for a couple hours.

Zachary Amaranth said:
If you're going to make comments like that, you need a mic to drop.
Click to expand...

I still say you need a mic to drop.
F

I still say you need a mic to drop.
Click to expand...

I love you guys. Never change. Ever.

I bought a game, expected there to be at least one complete story in it. Nope.

Everything else about it is perfect. If they had included one full story then it'd probably a heavy game of the year contender. But as is, it's half-finished with solid mechanics set up.
A

I'm really going to say I don't know what happened with Destiny aside from a train wreck and an attempt at a strategic salvage by Bungie.
H

WoW's expansion packs are completely different. They released a complete game that was capable of standing on its own, then added to it. Destiny had a "complete" game then gutted it and rebranded the guts as "expansions" just to make more money.

I still say you need a mic to drop.
Click to expand...

I work with microphones. I am not in the habit of dropping my equipment. It tends to be bad for long-term maintenance.

Shjade said:
I work with microphones. I am not in the habit of dropping my equipment. It tends to be bad for long-term maintenance.
Click to expand...

Yeah, I know how that goes. Though I was at one point tempted to buy a ten dollar Wal-Mart mic for those purposes.
F

I love you guys. Never change. Ever.

it seems the authors could not decide on the title.

Dan has said: "But grinding is fun"

No. Grinding, by its definition, is not fun. If it was fun, it would not be grinding. Grinding is doing same repetetive taslk over and over again not for fun but to be able to do something fun afterwards. If its fun to do this task its not grinding to begin with.

Dan has said: "Im sure there is going to be a lot of story added in further expansions"

Irrelevant. It is not there now, therefore it lacks story.