No Right Answer: Living with Depression

Geek community lost one of our own to depression recently. In this special episode, we take a moment away from goofing off and talk about the sadness that can sometimes hide behind the smile.

I'm very happy that you guys made this video. I have an monstrous anxiety problem that has been helped immensely through your show. Thank you guys very much.
T

Thanks for talking about this guys. It is something that should be talked about. Many people don't know how to deal with it, including me. I haven't experienced this personally and I don't know how I would react if someone told me they were. I hope I could be the friend that they needed. 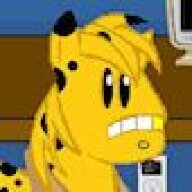 To those escapists who are approached by those with depression, here is my advice... just listen. Don't try to solve their problem. Don't try to fix it. Empathize with the person, and just make them feel loved and welcomed. I myself don't have depression, but having both a brother and a spouse with severe depression, I can tell you, just make them feel loved. You are not going to make them instantly jump for joy, it's not suddenly going to "cure" them, but just be there, listening, and letting them know they are loved. It will help them more than you will ever know.

Thanks guys for posting this video. I hope people can watch it and gleam something out of it. So many people don't understand what depression really is (as you say, sometimes people think you just have a bad case of 'the sads'). Hopefully this will educate them.

Well put. I know several people with depression issues and i try to help them at every opportunity. The best thing any one can do is to listen, understand and talk about it.

Thank you so much for doing this video. It takes a lot of courage to discuss mental health issues so frankly and openly, and I commend you for doing it. So many people misunderstand the nature of depression, and I think you highlighted a lot of the common misconceptions perfectly. I especially am glad that you pointed out that it's not the listener's responsibility to fix anything, although their desire to do so is understandable. Listening is helping. Not running away screaming is helping. Not looking away uncomfortably is helping. Seriously. 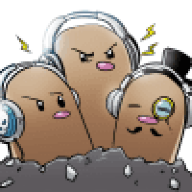 As a side note to this very serious issue - this episode is particularly apt because today is Bell's Let's Talk Day here in Canada. For every tweet using the #BellLetsTalk hashtag, or share of their image on Facebook - Bell Canada will donate 5 cents to mental health programs.

For more information on how you can help visit http://letstalk.bell.ca/en/end-the-stigma/ - even if you're not Canadian because this shit crosses borders 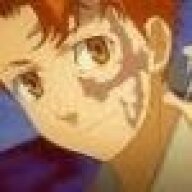 I'm currently dealing with depression myself, and this video made my day a little brighter. It's always good to know that there are other people out there, especially ones who you can look up to, who are dealing with similar issues and fighting the good fight.

Every kind word, every comforting arm, every little gesture helps these people. Thank for for your efforts.

I have PTSD from bullying, depression and aspergers.

There are days where I have flashbacks from my elementary/middle school days, where I would be covered in blood and bruises and get just as bad in trouble as the asswipes who attacked me for "being involved"(think like arresting a rape victim because her rapist is 14 and she's 20). Also had teachers that got in on this, one would steal from other kids desks and put it in mine during recess the other in middle school would "look the other way" if I was hit in the face with a basketball or something yet if I even talked back I'd get an F for the day.

So yeah, now you know why I hate teachers, basketball and refuse to defend bullies.

I still have some anxiety issues to the point physical symptoms are constant. Depression goes hands in hands with this. It helps to have people to talk about some of your bad times. However, during the depression, we often forget the good ones. It's a magnifying glass that makes you only focus on the bad stuff.

Although, I really hate those idiots that just say "get over it" or "just think positive" since they expect it to be instant, while it's actually a continuing process. If you want to help people with depression, listening to them is the best start. Being in their faces about it all the time will not help.

Thanks for the episode guys, really helps out. 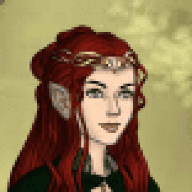 Thank you guys. Mental health problems are incredibly common, yet as you pointed out they're still horribly misunderstood and stigmatised. The more people speak openly about their experiences, the quicker things will change, and that goes double for people with any sort of following like you.

I have bipolar disorder and experience both the "just get a grip" (or even "oh, that must be terribly exciting!") and the "oh my god you're about to murder me" responses on a regular basis. There's nothing more soul destroying than opening up about something like that to someone, only to literally have to watch their eyes widen in fear and horror while they try to find an excuse to get away from you as quickly as possible.

I also totally agree that it's incredibly easy to use gaming/fantasy in general as a way of escaping from real life. I always have to monitor my consumption of my favourite entertainment, and there's a fine line between "normal" geeky obsessiveness and trying to retreat from the world. This is where understanding friends can be incredibly helpful.

In light of the recent thread about JewWario, I'm absolutely disgusted by some of the attitudes being thrown around even within this community, so I'd say this episode was very timely. Thanks again.

All hail the Pun Meister!

Now, I'm not one to watch No Right Answer. Debates have never really been to my tastes. But this episode was something that I needed to hear lately. For the past few months, I've been trying to deal with anxiety, depression, as well as several other personal issues, and while I've been trying to help myself in any way I can lately I've felt completely alone in this. While it isn't true, depression for me is hardly rational. It often makes me feel like there's some barrier around me and everyone else.

Normally, I'm not one to admit this, both because of either extreme people go to when reacting, but because it also means admitting that I have troubles to myself. But hearing someone admit this publicly, on the internet no less, and understand at least part of what I'm feeling helps.

So, I want to say I appreciate this episode. Hopefully people will take at least some of those words to heart, and not be a total prick to someone when they say that they're depressed. 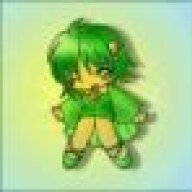 Thanks for the video - hopefully it helps people with mental illness realize they aren't alone.

I've been depressed since childhood, too. I went to therapy a bit when I was about 12-13, but didn't stick with it. It's really only been severe at one point in my life, which was my late teens. The worst I got was lining up a bunch of my mom's heart medication on the table and staring at it for a while, but knew I could never actually do it. (My sister may see this, I think she knows about it already though.) It was a pretty low time for the whole family, my parents were having major problems and all my friends were a year older than me so they had already graduated high school and I was kind of alone. Plus I was pimply and very overweight and always had been.

It's always kind of been there, and always will be for many people. Lots of people function normally with depression, but I've always been most content in quiet places. And I use video games, tv, movies and books to escape a lot. As most people do. I have my own car, home, a career and friends, though, but I'm still most 'content' (I won't say happy) at home in front of a game.

Not to say I can't be happy, either. There are many things that make me happy and many times I've been pretty happy with my life. The last year or so I've been pretty down, though, which has made things hard. Mostly situational stuff - dislike my job, parents moved cross country, terrible, terrible weather (and probably Seasonal Affective Disorder), and such. But I have a lot to look forward to.

Anyway, that's the very basics of my story Hopefully getting your own out there helps a lot of people. Always get help. And if your friends won't help you, move on. If depression is something they can't deal with, please just move on. There are lots of people here willing to offer support and resources.
R

I admit there was a time where I was on the "get over it" side of the fence about people with depression, partly when certain people seemed to be overly taking advantage of the situation. When you learn more about it, it's a pretty rough deal. Don't be afraid to take medication if that's what fixes it. If bad chemicals are causing it, get good chemicals to kick those chemicals' collective butts. Maybe get a pet, something that depends on you. Something that, even if the world is crashing down around you, needs you and loves you and is fluffy. =)
F

Texas Joker 52 said:
Now, I'm not one to watch No Right Answer. Debates have never really been to my tastes. But this episode was something that I needed to hear lately. For the past few months, I've been trying to deal with anxiety, depression, as well as several other personal issues, and while I've been trying to help myself in any way I can lately I've felt completely alone in this. While it isn't true, depression for me is hardly rational. It often makes me feel like there's some barrier around me and everyone else.

Normally, I'm not one to admit this, both because of either extreme people go to when reacting, but because it also means admitting that I have troubles to myself. But hearing someone admit this publicly, on the internet no less, and understand at least part of what I'm feeling helps.

So, I want to say I appreciate this episode. Hopefully people will take at least some of those words to heart, and not be a total prick to someone when they say that they're depressed.
Click to expand...

You've totally made our day. Thank you for sharing. 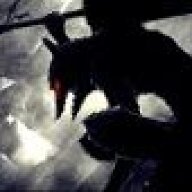 Thanks guys, great episode. Depression can be a difficult subject to talk about, but getting the message out that there is help to be had and it can be a help to you is super, super important.

This is something I've been struggling with myself. The right mix of medications helped me get a handle on it.

I say "helped". I was under the delusion that anti-depressants were literal happy pills that erases the depression, but really, you can still feel sadness. Its just not crippling.