Saints Row has come a long way from it's humble roots as a GTAM clone. But is there another series that's risen higher?

That really is the question. Why don't you ever talk about SF2?

j1015 said:
That really is the question. Why don't you ever talk about SF2?
Click to expand...

True!
Also, those where the last words this time, hehe!
So in my heart that makes SF2 the super secret winner of this episode! 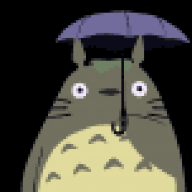 I have to say I liked Prince of Persia 2008 (the pastel one). The graphics were beautiful, you had an amazing back story based on actual middle eastern myths, you could not die, because the girl would bring you back. Actually, this is the first time that she was with you the whole time and not waiting to be rescued.
What, however, destroys the game completely is that horrible ending. The ending literally destroys all you went through the whole game.
Aside from that, I love sands of time.

Yeah they tried re-rebooting Prince of Persia, it's called the Forgotten Sands. Which rather sucked.

I liked PoP2008. Then again I remember both original PoP games and the bad 3D one, so I was willing to give it a chance to see how they would make a new PoP game without the "Sands" time travel gimmick, and now using the Elika supporting character instead. I wish it would have gotten a sequel. The ending was bad, and the DLC Epilogue which Ubisoft never released on PC only partially fixed this. 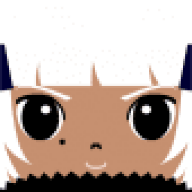 Well that title was a verbal bait and switch.
Never mind the elephants in the room.

- The Third split a lot of the fanbase over it trading variety and impact in the story and gameplay for silly shenanigans all the time. I still played The Third more than 2 though.

- Original PoP had sequels too

- A few recent games in both PoP and AC have gotten "ehhhh.." reactions

So yeah, why not something like Street Fighter or Sonic? 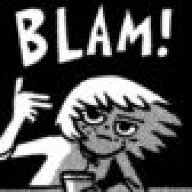 franksands said:
I have to say I liked Prince of Persia 2008 (the pastel one). The graphics were beautiful, you had an amazing back story based on actual middle eastern myths, you could not die, because the girl would bring you back. Actually, this is the first time that she was with you the whole time and not waiting to be rescued.
What, however, destroys the game completely is that horrible ending. The ending literally destroys all you went through the whole game.
Aside from that, I love sands of time.
Click to expand...

Yeah I actually loved the 2008 game. It was a bold new direction to go in but it worked so well. Beautiful game.
I think the ending was intended to be more of a cliff-hanger, leading on to a new separate series (had more people embraced the idea). Having said that I do think it works alone as a bit of a downer ending.
Thinking about it now, it's a shame really. I get the impression people would have appreciated it more if it was an artsy indie title...
U

hmm, i didn't know there were people of the opinion that assasin's creed has gone uphill

I'd argue that the Pokémon franchise has actually gotten way better over time. The first game only caught attention because it pretty much created one of the first ever social networks...long before there was even an INTERNET! But besides that, there were balance issues, glitches out the wazoo (both useful and game breaking), and several user UNfriendly aspects. Nowadays, nearly all the balance issues are gone and the gameplay problems have been eliminated as well. Heck...Gen 5 was the first gen I've played where I DIDN'T have to use an Action Replay to fix the broken stuff! Definitely looking forward to Gen 6.

CAPTCHA: in over my head

I am not, Captcha!
G

I found Desmond's story to be interesting until Brotherhood which was less interesting and more weird.

ACI: Introduction to Desmond, don't know anything about him but he's supposed to be you; ok. Captured by mysterious corp with sinister intentions, they turn out to be Templars which was really neat at the time because the Templar / Assassin universe was new. You get to sneak out of your room when nobody is looking to search for clues, try to escape, while ominously hinting that you are going to die at the end of all this. Desmond gets saved by Lucy and then starts seeing all the strange symbols and riddles because he gains Assassin abilities... oh man, sequel! Really limited but since the game was really about Altier I thought it fit really well.

ACII: Desmond escapes from Abstergo with Lucy which is a great start to the game and a new chapter in Desmond's story; he's not a vegetable any longer, he is capable of doing modern day Assassin things himself. He gets plugged into another Animus to train him into a super assassin via Ezio. That was good. Then the story slowed way down until the end where Ezio receives a message for Desmond and you're beating up modern day Templars through the credits (best credits ever).

ACIIBH: Desmond and crew go to Ezio's villa as it is in modern times. An interesting setting, but by now we should begin some resolutions. The story tried to continue the mystery and conspiracy of the first two games and failed to deliver because we already know how the system works and it was time to go do something about it... instead Desmond continued to search for more mysteries through Ezio but the mysteries had become boring. They tried to end it with another cliffhanger but it didn't make sense and felt really contrived.

ACIIREV: Revelation had his dispassionate poetry object puzzle things which gave us a backstory, basically establishing the character in the Templar / Assassin universe which was unnecessary. The whole 'shattered mind' thing felt more like an excuse to keep making Ezio games than to advance Desmond's story. At the end Desmond wakes up. Good, finally! Now with the combined knowledge and skill set of Altier and Ezio we can take out Vidic and the entire Templar structure of command!

ACIII: Nope. More alien mystery stuff. There are a few missions for Desmond, but they feel like tiny snippets of the story that SHOULD have been told. Then they end with what is supposed to be another cliffhanger but I found it profoundly uninteresting. A pointless end to a pointless story arc that magically saves the world.

There are games that improved a lot more in my opinion:

Timepslitters - The first was just basic ass missions and the crazy multiplayer although none of them really reached what they were going after, the second basicly tweaked everything and gave the singleplayer a bit more context and variety, the third one brought a full fledge campaign and brought some big changes to the overall gameplay (even though you could still play like the originals but a bit slower).

Just Cause - The first one was okay as what I think was a launch title but still missed a lot while the second one just knew from the start what it wanted to be.

Metal Gear Solid - All the games are quite different from each other one way or the other with the new one being open world (the improvement coming in the freedom that the games give wich is something that is key for that series).

Far Cry - This one for me is probably the winner, the first one was a linear story in mutants in an island (the spinoffs kind of followed the same but made the player a mutant himself), the second one (while not as good for a lot of people) was an open world realistic shooter set in Africa and the third one while going back to the tropical island scenario it did in in an open world with a "realistic" setting (no mutants) finally giving the player the complete freedom that we wanted out of the first game to games like Crysis.

Can I say that I liked that pastel coloured abortion?
Anyway, I agree with AC2 being better than AC1. It just fixed so many gameplay problems of the first game and made it much more enjoyable. And yeah, Ezio is a much more likable character than Altair.
F

In fact, why all the hate for AC1? That was the most revolutionary AAA game in at least 7 years.

It's funny: I keep PoP 2008 and AC1 installed on my machine since I got them and I play them from time to time. The other PoP games are either kinda sucky (SoT) or terrible (every other one), and I stopped being interested in AC after II.

j1015 said:
That really is the question. Why don't you ever talk about SF2?
Click to expand...

Simply because Street Fighter 2 is not an Ubisoft game
OT: Also, for AC, the new mechanics have been very good. Gliding, improving the city, Multiplayer, ship-to-ship combat, they were all really fun, imo.

When they started to talk about Assassins Creed, I was worried about 3...and the swarm of haters that would've attacked. Seriously, I was expecting to scream the exact same thing here at 1:36 (FYI, Game of thrones spoilers--ish).

The prince of persia ubisoft-age is probably my favorite game series ever.
But honestly, I also liked the prince of persia movie, it wasn't stellar, but it was enjoyable.
And I liked forgotten sands - loved the water freezing mechanic.

I feel like the Assassin's Creed series has gone down hill over time since the games seem too focused on extra crap such as naval battles and homestead upgrading in stead of focusing on the actual assassinating, you know the thing that's the title of the series. And the comment about Saints Row the Third, Saints Row 2 was more then a GTA clone, in fact I would dare to say it was even more fun then Saints Row the Third since it was still grounded in reality whenever you did decide to go off and do something insane and fun it had much more impact.

Ummmm Kyle? Hate to burst your bubble...but the combat never changed from one game to another. You still just sit there and wait for someone to attack you and press X to counter getting an insta-kill. The only change was that in Brotherhood they allowed for kill-streaks in which you just wait for someone to attack, insta-kill counter, then you can go around from one guy to the next insta-killing them all. If someone attacks you while you're in the middle of an insta-kill animation: just press counter again and you'll insta-kill that guy.

Assassin's Creed is by far an example of a game that added new mechanics and what-not with each new game, but showed little to no improvement for the additions. Hell, the first 2/3rd's of Revelations was just learning all the new BS mechanics, and the Tower Defense game they added in sucked.

I can see an argument for why Prince of Persia deserved to be here (though it seemed as though the guy arguing for it just had 2 points: better looking and time travel mechanic), but Assassin's Creed? No frickin' way. 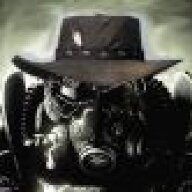 You both are idiots. Saints Row 3 was nigh-unplayable garbage.

The collectibles in screed were WORTHLESS because all combat is the same. 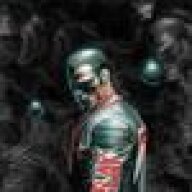