Did the guy on the left even read Kingdom Come? Your description of it is absolutely terrible.


Primus1985 said:
Actual pure communism in its truest form, not the in name only form that China has, is not a bad thing. Ideally its supposed to be everyone in the collective working and sharing for the benefit of all the people. However in practice it hasnt gone over very well. The reason is simply the old adage "Absolute power corrupts absolutely" or to quote Dr. McCoy from Star Trek "If you give anyone that much power they cant help playing God" Communist states in the 20th usually centered around one figure in government, and once they got that power and realized what they could do with that power...Well you can fill in the blanks. Now if you could combine pure communism with the system of Checks and Balances the US has, I think it could work.
Click to expand...

I don't know why people persist with this line of thought. "Pure Communism" has universally always turned into a communist dictatorship historically. It won't work because that will always happen. Thomas Sowell called it the vision of the anointed. This is what happens, even in the US government. Basically, the intelligentsia of a given society see themselves as smarter and more correct. So, they will come up with programs that they think will be better for everyone and damn all the evidence to the contrary. Another problem with it is that a collective few can't dictate what is more important for individual people. It all works under the flawed idea that if you take care of the basic things people need then everything else will fall into place, which is wrong. People, no matter how noble they are, are always going to have wants and desires beyond basic needs. Also, as proven again and again in socialist systems, if people have the opportunity to get money with no personal work involved, they do. That is why a capitalist society where everyone is expected to work hard and get paid the market value of their work always breeds growth where there is none, and greater growth where growth exists.

Edit: As an addendum to Theuromancer's post, the difference in a commune and and communist society is that one is a choice on lifestyle why the other is compulsory in nature, respectively. In the ladder, one is held at gunpoint to stay at their position in society and not try to be more than a farmer. In the former, people are making a choice to forego anything beyond mere subsistence.

Edit2: Karl Marx said, "From each according to his ability, to each according to his need". These all seems very nice, but the reality is that people who can do more should be able to reap the benefits of their work and have self ownership, something that is denied in a Communist/Socialist system. Theuromancer pointed out the right to own their property, but the more important right is self ownership, something you do not have completely, even in America as it stands now. This idea could never work because it's counter intuitive to human nature. The only way people are equal in Socialized societies is through shared suffering, and even then there is a large disparity in financial equality through all sectors of society. In Russia, the leaders were busy making war (known as the welfare of the state) while the peasants were busy farming and dying on the frontlines of war. There never was any equality there, there was the greatest inequality of all, others had the right to choose how others lived and died.

China is making great strides to become capitalist, that is why they are currently the second wealthiest nation in the world. They have slackened business regulation and not nationalized any industry. A mere 2 years after Chairman Mao died, they made it so people could own land (albeit after jumping through hoops). The owners were still expected to give food to the government, but they were given the ability to sell any extra at the market for their own price. By 1990, the quality of life in China had increased five fold. And it's increased twenty five fold today, for the majority of it's people. 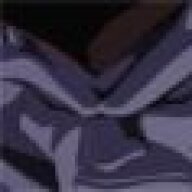 I think that Red Son could actually work if you hammered home the point that it's a "What If" scenario. I know people in the U.S. freaked at the idea of Superman renouncing his U.S. citizenship (I wasn't one of them), but establish in the first teaser trailer that you're asking the question, "What if Superman landed in Moscow instead of Kansas?" and maintain that it's just a one-shot story, and people will be fine with it. We just had a movie this summer that asked the question, "What if the moon landing was really a secret mission to investigate a crashed alien ship full of giant robots?" and people didn't have any problem going along with that.

As for Kingdom Come, I've never read it, but I can already tell what the main problem is with a live-action version. There are too many single characters with their own histories and fanbases that you'd need to establish before you can have them team up in some climactic changing-of-the-guard battle. Fifteen years ago, I thought about what a live-action X-Men would be like and thought that it couldn't be done because superhero movies to that point were about one primary hero and the people that surround them. The X-Men, being a team, would need to shift its focus primarily to one or two characters to make a coherent movie. This would most likely piss off the fans of the dozens of other characters that wanted their story to be focused upon. In the end they chose Wolverine, so all of the Cyclops fans and Storm fans and everyone else pretty much had to learn to live with it.

This isn't a TV series where you've got 22 hour long episodes where you can devote an hour to a minor character here and a minor character there and then go back to the main storyline. You've got one two-hour shot to make it count. And contrary to what other people may believe, you do need to establish whatever interpretation of these characters you're going to present, even the well-known ones. Simply because you need to make sure that everyone is on the same page as to what they will be expecting. I give Marvel all the credit in the world in saying, "We want to do an Avengers movie, but first let's do the Iron Man, Hulk, Thor, and Captain America movies first." Imagine if you're trying to draw non-comic book fans to this movie with its completely freakish characters and there wasn?t any previous movie to draw from. "Who's that guy dressed like an American flag? Captain America? Why is he only carrying a shield?" "Who's this guy Robert Downey Jr. is playing? Iron Man? Who's that?" "Who's this blonde guy? Thor? Why in the world is the Norse God of Thunder working with these weirdos?" You can't make a movie that only the comic book fans will get and no one else. At least not the first movie. Imagine if the first Bourne movie was a sequel to the Bourne novels and made references to them, but gave no attempt to give a back story because the moviemakers assumed that everybody has read the novels. How well do you think that will be received? And for those that say, "If you want to know more about the history, look it up.", that doesn't work here. You really think someone's going to sit and be confused for two hours and then be told that if they want to know the reasons behind what they just saw, they have to research it? There's a reason that the Star Wars movies didn't begin with Return of the Jedi.
Show hidden low quality content
You must log in or register to reply here.
Share:
Facebook Twitter Reddit Pinterest Tumblr WhatsApp Email Link
Top Bottom