Jean Grey's been dead for 10 years(Unless you count the time traveling Jean who still died/dies in 2004)
Click to expand...

She's still dead is she? I should read the comics more. 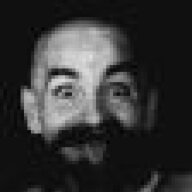 The thing about Superman is, he is one of DC's flagship characters. So of course he wasn't going to stay dead.

On a whole, death in comic books is why I don't like us comic nerds; We say we want change, development and something new to happen, but when it does, we backpedal faster than Superman on a bike.

K.ur said:
Spider-man The Other.

Hiss death during The Other had more dignity than what Dan Slott did :¬/ 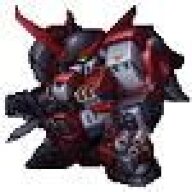 #1: Unlike Captain America, people actually expected Jason Todd to stay dead. In fact, for a long time, the one rule of Comic Book Death was: "Nobody stays dead except for Bucky, Uncle Ben, and Jason Todd." Note that, as mentioned in the vid, that Bucky's back too.

#2: Steve Rogers didn't immediately take his mantle back. He believed that Bucky was doing an excellent job as Captain, and so spent a year or so as director of S.H.I.E.L.D. In fact, the costume he's wearing in The Winter Soldier is based on the "Captain Steve Rogers" uniform he wore during that time (just with the cowl and shield added). Him later being reinstated as Captain America was therefore completely divorced from his un-death, and thus actually ineligible for the video.

I'm amazed and slightly disappointed (and a little relieved) that the fact Jason and Bucky were revived at around the same time. There were accusations of idea theft thrown left & right when it happened.
As for Steve Roger's resurrection, if you must blame someone for that, blame the writer, Ed Brubaker. He planned it that way from day one, as part of a longer-range scheme by The Red Skull. If anyone's death made me say "Oh, HELL no!", it was Bucky's in Fear Itself. THAT's how the Captain America title went back to Steve. But Matt Fraction was the head writer for that, not Brubaker. I bet Ed was pissed.

Don't worry, he got better. Nick Fury used the last of his Infinity Serum to save his life and now he's back as The Winter Soldier.

Kyle, no, I disagree with you
I don't know about comics, but death of Jason gave use this 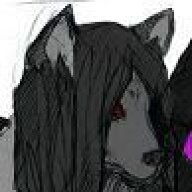 minnull said:
The death of superman in my opinion was the worst. I was just a comic book loving kid when that comic was released. Comic fans around the neighborhood mourned his death (yes, yes very dorkish). But when rumors started floating around that he was back, in multiple iterations I just couldn't get it. They made such a huge deal about his death and suddenly he's back? It was kind of the nail in the coffin for me as a comic book reader, luckily the comic book film trend got popular and now I'm back on the train (still, I have a loathing for all things superman because of this).
Click to expand...

My point exactly. They make a HUGE deal about Superman dying, a MASSIVE parade about Doomsday being the ultimate enemy, and then the huge fight where you see his actual death scene something like 9 times from different angles. Massive weight to the world he's in and DC in general, followed by what? like . . . a year of "who's going to take his place!?" with a huge group of "new" superman characters robots and aliens all wanting to take his name and position. Even a war between THEM happens, then at the end of it, when it looks like we might have a real change in the guard, a real shift in continuity that leaves a permanent mark on ALL of comics . . . . nothing. Superman comes back, because "hey kids, Superman wasn't REALLY dead, he was just in HYPER SLEEP! cuz he's too important to die! yeah, and it totally makes sense because he's an alien so that negates all the bullshit about him dying, his replacements and the HUGE ramifications it has for villains who's only desire in life was to kill SUPERMAN, Kal-L." yeah . . . not like there could have been a HUGE twist where most of the villains decide to either go harass other DC cities or try having a war against each other because "well, all we ever wanted was to kill superman . . . we've spent all this time trying to gather what it would take to do it and NONE of us killed him . . . what do we do with all this amazing shit now?" " . . . . kill each other?" "works for me!" that would make an amazing story! think about it guys, the villains of Superman's world killing each OTHER and then the Justice League arguing about how to deal with it, do they let them kill each other off? do they try to stop it? do they try to exploit all the villains being together like this to take them all out? somehow I'm feeling like this would have made a MUCH better setting for DC Universe Online.
Show hidden low quality content
You must log in or register to reply here.
Share:
Facebook Twitter Reddit Pinterest Tumblr WhatsApp Email Link
Top Bottom