Indie tower defense, action RPG mash-up Dungeon Defenders has released a pack of DLC in celebration of President's Day (or as many have come to know it, "Free Three-Day Weekend Day"). The new President's Day Battle Royale includes a new mission, two new pets, and four unlockable character skins. The full set of content will be available on Steam, beginning at some point on February 20th.

As seen in the trailer, players will compete in the "Presidential Battle Arena," where heroes will duel for the most points while simultaneously evading a giant "Demon Boss." Beating the mission will award either a new skin, or one of two new animal pets. Here's the complete list of available unlockables:


Much as the real Obama Apple-ified the White House, Monk Obama heralds the arrival of Dungeon Defenders for the Mac platform. Beginning March 8th, players will officially be able to fend off the hordes via OSX. Impatient, would-be Apple-flavored Defenders can apply for joining the beta, which is set to launch immediately alongside the President's Day DLC. Just send a quick email to [email protected] with your name, computer specs, and history with the game if you want to get involved.

WELL OF COURSE....this was the next logical thing to do.

honestly thou, Squires are tanks, and Monks have crazy DPS. obama is gonna shred Romney into pieces.

Man, DD has the best DLC. Too bad I don't have the game I'll get it on sale next time, gotta cut down my gaming budget.

Let me just add this to my list of things that are hilarious.

Great, partisanship in my Dungeon Defenders!

This looks really cool, but it's only on Steam? Damn. I was kind of looking forward to running around as George Washington.

Only thing which is annoying, is only the "winner" gets the skin, and it's PVP and the giant demon boss, dressed as Uncle Sam, puts flames everywhere so getting kills is annoying even when farming with friends, because it takes ages.

You need 60 points on easy and 120 on insane. 1 kill is 2 points, 1 death is -1 point, considering the demon has the flames and attacks big areas, be prepared for it too take long.

Glad I have 4 friends who helped me "farm" for the George Washington skin for Apprentice though. :3

Also, when you win the map, you will get a skin if you are playing a char which can get the skin, ie. Squire, Monk, Apprentice or Huntress, no skin for the new classes. And it's random for either Elephant pet or donkey pet. 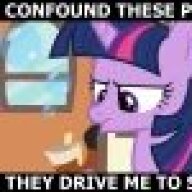