Ocarina of Time is... Kinda overated.

Ocarina of Time was special because it blended stunning new graphics (for its time), a fantastic gameplay engine, a nifty soundtrack and excellent dungeon design/titanic boss battles. In a way, it set the standard for 3D adventure gameplay.

Many things you see in OoT were relatively new for 3d gaming, at least on consoles. Of course for the person who never really played it growing up, it may seem a bit dated now. It's also a lot shorter than I remembered it being (of course not really that much shorter than the next two Zeldas after it)

Nowadays, there are plenty of games which are at OoT's level in the realm of 3d gaming. Not because OoT is overrated, but because many games out there now are underrated.

I love Ocarina and I will not deny that it's an uber nostalgic game for me. But no, I don't think it's the greatest game of all time, I don't even think it's the best Zelda game. I feel that Majora's Mask, Wind Waker, and Twilight Princess all surpass it in terms of quality with WW being my personal favorite.
R

I agree, I definitely enjoyed windwaker a lot more than Ocarina of time

It was amazing for it's time. Can it really be expected to hold up to today's standards?

This is how I feel about HL2 as well. While I'm sure it was great for it's time, I have no interest in it whatsoever today.

oplinger said:
Well, I'll be honest, I think it would be impossible to grasp the reasons OoT is the best game ever if you didn't experience it when it came out. The timing of the game was pretty important. It was the first 3D zelda, and it looked pretty good at the time. The story was much more engaging than LttP or LA. It was full of things to do, places to explore, secrets to find.

Afterward everything it did that was new and inspiring, became common in everything. So I think it would be very hard to understand without experiencing that specific time in gaming too.

Otherwise you're right. It is a little overrated, because its sort of generic now. And looking back, many games that came out around the same time did similar things.

This basically explains it. Although I don't think it's overrated, it's an amazing game and there's magic in it's simplicity and age-old tale. 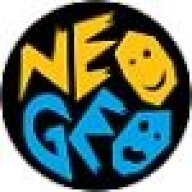 It is not overrated. It was rated perfectly fine for its time and deserves the praise. Much in the same way 2001 or the original Star Wars are not overrated. You are not of its time, that is all, do not worry about it. Do not mind that us old fuddy duddies love it


I do believe that the difficulty of the game is overstated. I did not find it that difficult when it came out. Any difficulties came from the fact we were not used to 3D puzzles at the time and the resolution on the N64 was horrendous.

On a side note to people who actually love the game, the 3DS version is brilliant.

To say a game is the best ever or the best of its genre or series depends entirely on ones perspective, but to say a game of this calibre is overrated is wrong. (I am aware that last sentence is trying to present opinion as fact - it is because I am a stubborn, arrogant git - though a harmless one)

captcha: toe the line (odd I just finished Spec Ops: The Line and feel all dirty)

j-e-f-f-e-r-s said:
Story is not more important than gameplay. A game can be classic for its story, for its combination of story and gameplay, or its gameplay alone. Super Mario Galaxy is one of the most acclaimed titles this generation. It has no story to speak of. Minecraft has no story. Angry Birds has no story.

If you define games as being defined by narrative, then what do you call things like Solitaire, Minesweeper, or Chess?
Click to expand...

Games generally do not need a story to be great, that's true. Many of the best games of all time do not even have a story and stand by mechanics alone but RPGs are different. In RPGs the story is as important as the gameplay, in some cases a good story can override bad gameplay in an RPG.

Players need a connection to the world, characters and plot in role playing games. There needs to be a kind of investment into the narrative, when the story is good it helps the suspension of disbelief and immerses the player into the events in the game world. If the player is saving all civilization or toppling an evil tyrant the player needs to actually give a crap about whats going on, otherwise the whole point of playing a role playing game breaks down and you might as well go and play Tetris or Angry Birds. If the player cannot fill the protagonists shoes and become immersed in the world it makes for a pretty poor RPG.

I'm not going to argue with you because everyone has their opinion on this matter.

I am old enough to have played all the Zelda games around the time they came out. While my personal favourite is always going to be A Link to the Past. I think the reason Ocarina of Time is usually accepted as the greatest game of all time is because, if you try to look at it objectively, it was considered the best game at the time by most people.

At no other time has any game been considered the best by nearly everyone. And rightfully so. As the video game industry boomed into this golden age of gaming, there was way more competition than ever before. Every year when the decision for a game of the year comes up, there are more and more contenders, which is great for us as gamers, but it will never have the near unanimous favour that Ocarina of Time had at that point. This is why it is going to be considered the greatest of all time by many.

Off the top of my head, we might be seeing an instance of what tvtropes identifies as 'Seinfeld is Unfunny'. To quote the summary:

There are certain shows that you can safely assume most people have seen. These shows were considered fantastic when they first aired. Now, however, these shows have a Hype Backlash curse on them. Whenever we watch them, we'll cry, "That is so old" or "That is so overdone".

The sad irony? It wasn't old or overdone when they did it. But the things it created were so brilliant and popular, they became woven into the fabric of that show's genre. They ended up being taken for granted, copied and endlessly repeated. Although they often began by saying something new, they in turn became the status quo.
Click to expand...

Case in point. Is it the best game of all time? Eh, that's debatable at the best of times, and especially considering how gaming in general has changed since its release. It's kinda like how by today's standards, the original Final Fantasy isn't nearly as jaw-dropping as it was at the time of release. Such is the way of things. We learn from prior successes and improve upon them. Eventually those things once lauded as spectacular become standard.

but yeah, very few things live up to the hype surrounding it

The problem with OOT and FF7 and other games being "overrated" isn't because these games are bad, I feel the issue is with people saying left and right that one of those games is the "greatest game of all time" and other b/s.

See once people start saying that and one other person can think of a game they like more, that game is now over rated. Add 15 plus years and of course these greats will start to get that kind of spot light.

I played OoT when it came out, it was my first Zelda and I loved it. Looking back now, while it has aged, and I can think of 3 to 5 games I might say are my favorites over OoT, I feel it is forever going to be consider one of the greatest ever: keyword ONE.
Was there games before it and will there be games after it that will challenge its claim to the single greatest? yes, because we have a great medium that will forever evolve and grow, but don't let the hype of it being the called the "greatest game ever" shadow the fact that it will forever be considered a great of this medium.

Yes it kind of is.

Zelda: A Link to the Past is best game. 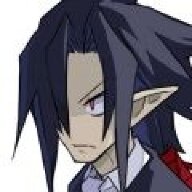 Meh, I'm in agreement. Somewhat. I really, REALLY do love Ocarina of Time, Majora's Mask will always be my favorite.

For me OoT is an awesome game. I played the original Legend of Zelda on the NES from like 3-9 never beat it until I got it on the gameboy advanced. Played Link's Awakening. Then played OoT. after seeing the changes of each iteration the new consoles did for the game was great and that is why I like OoT so much. People say they hated the Water Temple. I got pissed at it but never hated it because it was one of the most rewarding dungeons to get through. Going from top down to a full 3-D environment and that to me was great. Is it over rated? Yes it is. But that doesn't mean its not a great game. Half-Life 2 I don't see why people hold it up to such a high esteem. I have played through the entirety of it and the Episodes but never felt that the characters were all that great. But that is just my opinion. I mean hell I loved playing Twilight Princess and people say that is the worst one of the 3-D Zelda games.

*EDIT* oh and if you ask me what my favorite Zelda game is that answer is Wind Waker. Its not OoT (I still need to play MM somehow but I doubt that game is going to top my experience with WW.)

Ocarina Of Time is one of those games that is great for it's time. It's still a really well made game, still better than most actually, so I'm not going to say it's over-rated. However, there are far more interesting experiences out there a long with better designs and more fluent game play.
Show hidden low quality content
You must log in or register to reply here.
Share:
Facebook Twitter Reddit Pinterest Tumblr WhatsApp Email Link
Top Bottom