hehe, i thought it was this idiot again when i read the title.

acquire popcorn and beverage! this will get good

Sixcess said:
Oh Christ, not him again.
Click to expand...

My response, pretty much. I thought we'd never hear from him again.

I'm confused as to where the "defamation" comes in, though. He can't get work because of well-documented incidents that got him fired.

Hahaha, oh I remember this guy, what a card It's good to see some westboro baptist church style crazy to liven up the gaming scene.

Don't worry about the legal issues guys, he will get brushed off pretty quickly, and it's great PR for the guys he's trying to sue!

John Funk said:
And yet, it doesn't seem like he's learned his lesson, now suing his former employers at N-Control.
Click to expand...

In the middle of the Internet rage there was always a quiet voice that said "I hope that all this bad press doesn't hurt the guy making the Avenger."

He just managed to get THAT guy mad at him, too. Good jorb!

John Funk said:
[blockquote]The grounds are defamation of Character telling lies about me my company and preventing me from making a living by lying about things that never happened and I plan on going after other people too esp .coms who printed the lies and did not retract after i asked nicely. Breach of contract for them not paying me an undisclosed sum of money Due to me at the time we parted ways and a few other things named in the lawsuit.[/blockquote]
Click to expand...

I don't know whether to snark that to death or call a 'hospital' where the windows are all barred. That is an insane stream-of-consciousness ramble. No thought, no reflection, no study, no proofreading, no structure, just words being vomited into a keyboard as fast as it will take them. 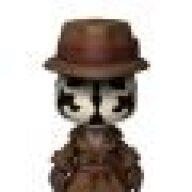 Is english not this guys first language, or does he just type with his face?

Cos seriously, if you've been "wwebsiting on the internet" this long you should know how to operate a keyboard.

Oh! I need a laugh, and this guy usually has me bandaging my sides after each of his little tirades. Thanks for this!

hahaha oh jeez, and where are all the people who cried "he gets the point, he's had enough!" actually defending the idiot. clearly not.


*sigh* i don't know if i should grab popcorn to watch or just simply sit and take a nap, this guy is so laughable it's almost boring to read. 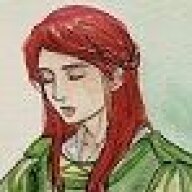 He's like a lemming on a bungee cord - can't quite hit the bottom of the cliff but he keeps trying.
Click to expand...

Sixcess, I love you for that joke. That's probably the funniest damn thing I've ever read on the Escapist.

As for the article, to paraphrase poltergeist "He's baaaaaacccccckkkkk." What does the guy expect? You treat customers like that and you're going to lose your job.

I'm praying there's not some legal loophole that will force N-Control to pay him any sum of money because I think it'd be like giving a child candy after he's set the house on fire, he's just going to keep doing it so he can get more candy. 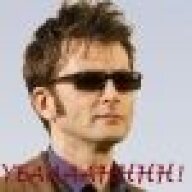 I'm pretty sure the CEO of N-Control isn't the reason he's been having trouble earning a living.

Do you think he knows that 90% of prospective employers check their potential hires online activity these days? He's going to be exempt from all but the hottest and noisiest jobs for the rest of his life.

One of these days, we're going to find a way to harness stupidity as a source of energy. On that day, this man will receive a high paying job as an essential part of the economy. Until that day, he shall rot in a gutter for being so damn ignorant.
On the plus side, that controller got in the news again.

I plan on going after other people too esp .coms who printed the lies and did not retract after i asked nicely.
Click to expand...

Uh oh Escapist watch out. He's coming for you.

So in other words: 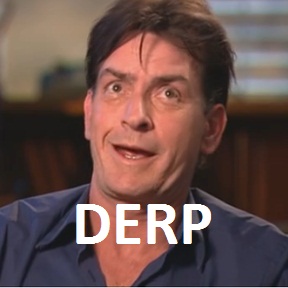 He's probably thinking, "Exactly what the fuck my life or any of my previous lives did I do in order to deserve such a cruel and unforgiving punishment as being forced to represent this moron?"

This. It's already been said as well but I feel bad for N-Control as well because this idiots really giving them bad PR and they probably make a great controller.

On the OTHER hand though, this could actually be free advertising for N-Control as well.

Someone needs to be removed from the Genepool
U

There's an old saying in my land:
"Prostul nu e prost, daca nu e si fudul"
Translated, it would be:
"An idiot isn't a proper idiot if he isn't a pompous prick as well"

He's probably thinking, "Exactly what the fuck my life or any of my previous lives did I do in order to deserve such a cruel and unforgiving punishment as being forced to represent this moron?"
Click to expand...

I have a feeling he just doesn't know about how much of this is out in the open when he took the job.
Or he is getting payed anyway and dose not care. 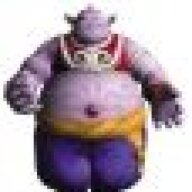 This poor bastard just doesn't know when to quit.

Apparently, he's been throwing racist remarks at one of the guys from PA(not Mike or Jerry, I think he does the PA report) and they trolled him back.

Well we?ve put another incredible PAX to bed. I?ve been asked to comment on a few of the stories that came out of the show this year. It seems that after three days of games, music and community what people people keep asking me about is the guy who took off his pants, and boobs. I?ll go ahead and give you my take on both of those but first I want to talk about the other story that is making the rounds. That being our trolling of Paul Christoforo.

You might remember Paul as the guy from Ocean Marketing who self destructed on the internet a few months ago. What you might not know is that in the intervening months Paul has continued to harass me and PA via his twitter. He claimed that he would be coming to the show, regardless of the fact that he was banned. He threatened us and said he would be at PAX East in disguise. When the show finally arrived he began posting photos from the floor claiming he was here and that he took the pics himself. The only problem with that is that his phone was also tweeting his location?which happened to be in California.

On Saturday Paul befriended a con goer from his hometown on twitter. What Paul did not know is that this guy, along with growing up in the same town Paul did, was also a security guard at the PAX convention center. This guard is a huge gamer and he immediately came to us after starting up this conversation with Paul. First we attempted to set up a meeting here in Boston but obviously Paul said he couldn?t do it. Then Mr. Christoforo asked his new best friend to send him some photos from the show floor. We took the pictures ourselves but before we sent them to Paul Robert created a new Twitter account and uploaded all the pics.

They were then sent to Paul and sure enough he began tweeting them as his own. He posted all of our pictures claiming that they were taken on his iPhone and even dared people to find the duplicates. He bragged that he had gotten past all of our enforcers and that he was in fact in the show. I actually felt a twinge of guilt as I watched the man dig himself deeper and deeper into a hole. That passed quickly though as I remembered all the violent and racist threats he made towards Robert and I.

At this point I went to my own Twitter, pointing out ?his? latest photos and then linking people to the originals we took. A quick look at the time stamps was all it took to see that they had obviously been posted hours before Paul ever claimed them as his own. I have to admit this was not as satisfying as it could have been simply because Paul didn?t understand what had happened. After about an hour, people stopped simply laughing at him and instead were trying to explain to him what had transpired. At first he tried to claim that someone else must have been following him around the show and taking the exact same pictures. Eventually he seemed to realize the extent to which he had been fooled and he simply began raging against anyone and everyone he could find on Twitter.

At lunch the next day I was explaining all this to the rest of the PA crew. After the story Erika said something that I think sums it up nicely. She said, ?I love working for a company where revenge is always an option.?
Click to expand...