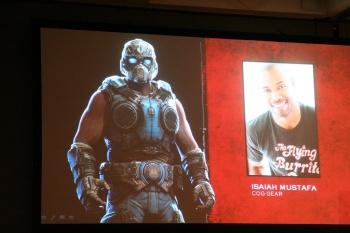 The Gears of War 3 cast just got a little sexier, says Cliff Bleszinski.

Isaiah Mustafa, better known as "Old Spice Guy," has something new to add to his resume alongside selling manly hygiene products or being the Marvel superhero Luke [http://www.escapistmagazine.com/news/view/103976-Old-Spice-Guy-Joins-the-Avengers] Cage [http://www.escapistmagazine.com/news/view/110476-Old-Spice-Guy-Appears-in-Mysterious-Superhero-Video]: fighting against the villainous Locusts as a COG Gear in a Gears of War 3.

"The cast just keeps getting sexier and sexier," joked Epic's design director Cliff Bleszinski as he revealed the news at the San Diego Comic Con. Mustafa joins the likes of John DiMaggio, Ice T, and Claudia Black. His character is listed as "COG Gear," which makes it sound like he's not going to have a particularly big role in the game. It doesn't help that he's wearing a helmet, which in Gears universe is like painting a target on your back or putting on a red Starfleet uniform. Still, he's got a great voice, and I wouldn't be at all surprised to see a nod to the Old Spice commercials tucked in there somewhere as an Easter Egg.

According to Bleszinski and executive Rod Ferguson, Gears 3 is the series' biggest campaign ever, with four player co-op throughout, and a more personal story, where the player learns more about Marcus and his relationship with his father, as well has how the war with the Locust ends. The online elements have also received some tweaks, including a deeper Horde mode, and a "reverse VIP" area, which lets people with no Gears experience get a feel for the game without having to worry about being squashed by veterans.

Did you imply that Ice T is sexy?

If there isn't some sort of Old Spice parody in Gears 3, I'll be solely disappointed.

My initial guess was Jace Stratton but somebody else is doing that already.

Must be a new character.

In before a summary of the game's storyline, done in Old Spice format.

Seems like those commercials were the best career move he's ever made. He's getting a bunch of work now. Good on him. 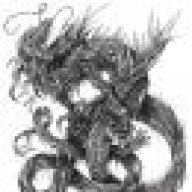 You know, I haven't been big on FPSs for most of my days, and Gears always felt a little... pale for me, despite what I saw as some quality gameplay mechanics. I'd probably consider lining up for Gears 3, but it'd be nice if they added a... few more colours to the palette. And maybe try to take a bit of the piss out of itself. not the whole game mind you, that'd just be ridiculous, but a here-and-there nod.

I say this because an Old Spice easter egg and making celebrity soldiers has a lot of room for comedic effect, in ways that don't take away from the game's seriousness, and that's what it should have.

Someone let me know if these come true. In the meantime, I'll keep my eye open for a demo if news never hits me.

And cue the jokes!
And back to me...
It doesn't really have an impact on me, not owning an xbox, but this seems awsome.
That is if they don't use the magic wand of generic on him. 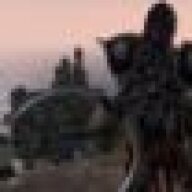 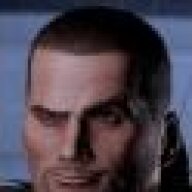 ... Wow. Seriously, that's fracking awesome. But I do wish he could be in another game with the #3 at the end, and was about a certain Sci-Fi adventure coming out in March next year.

But yeah, I still love that he's getting into video game voice acting. PLEASE DO MORE, ISAIAH!!

Onyx Oblivion said:
Did you imply that Ice T is sexy?
Click to expand...

What are you talking about? He's the very vision of male perfection 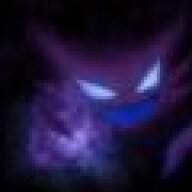 It's one of the few adverts I don't mind watching!

Any game designer worth their salt scales difficulty up with more people. Expect Insane with four people to play like Final Doom on Nightmare mode.

this isnt my name said:
Claudia Black is in gears 3. Damn was she in 1/2 I dont remember hearing her.
Click to expand...

I don't remember seeing any females in 1/2, to be honest.

Probably why they added a few for this one.

OT: Well, maybe Epic has decided to be less "SUPER-SERIOUS!!!!!!" about their games since the Bulletstorm Easter Egg with the gun with flaming breasts on it. Here's hoping his character will either have lines designed in a similar way to those commercials, or he will at least ride a horse (or equivalent Gears creature) backwards.

icyneesan said:
If there isn't some sort of Old Spice parody in Gears 3, I'll be solely disappointed.
Click to expand... 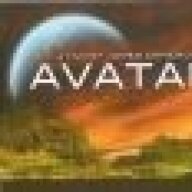 Onyx Oblivion said:
Did you imply that Ice T is sexy?

unless its driving sections, then that is all null and it becomes insanely hard no matter what.


OT: This is interesting..funny to see how this plays out in the actual game, I'll definitely be spending my cash on it, I can't wait to finish up the game and play PROPER co-op a good 20-30 times with friends.
S

this isnt my name said:
Claudia Black is in gears 3. Damn was she in 1/2 I dont remember hearing her.
Click to expand...

Odds are she's voicing Sam, the girl with the brown hair that is in the team picture. Good call, as not only do they look kind of alike, but Sam's personality should be something Claudia is familiar with because of her other roles.

On topic: Since the Gears storyline has been following the Halo storyline (Gears 2 even had The Flood), if we end up fighting side-by-side with the Locust to stop the Lambent, I'm going to be both very pleased with myself for calling it, and really angry with Epic because they couldn't think of anything else. Looking forward to this game no matter what though.
Show hidden low quality content
You must log in or register to reply here.
Share:
Facebook Twitter Reddit Pinterest Tumblr WhatsApp Email Link
Top Bottom