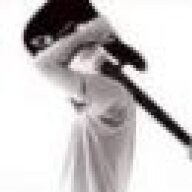 Games play best when their interfaces are transparent, and the disconnect between player and game starts to vanish. Loading up game screens with buttons only serves to diminish immersion. I'm looking at you, Twilight Princess, and the ugly graphical representations of the Wii controller you stick all over the edges my screen. I know it's a Zelda tradition to clearly show the controls mapped to Link's tools at any given moment, but must I really admire such a beautiful game through a tangle of Wii remote glyphs? I have to believe the minds behind Nintendo's most brilliant first-party titles can do better.

The problem, though, is something along these lines: If you're doing an action in a cutscene, it's going to be something that you don't normally do. Resident Evil 4, for example, does not have any button that you can press to kick a zombie in the head, except during the kicking-a-zombie-in-the-head cutscene. How is the player supposed to know what button kicks the zombie in the head, when it is such an infrequent occurrence that it needs a cutscene dedicated to the event? It can work in situations where the flourish is based on something a known button already does - pressing the sword button to perform a fancy sword move, for example - but how do you present players with a variety of unprecedented options without telling how to perform them?

Obviously, the huge controller glyphs are ugly. However, this is still fundamentally a problem of user input. That means it's not specific to games, but is pervasive throughout software design. Let's take a page from the book of standardized Windows form menus. These are a handy example of an input cue that is both subtle and explicit. Notice how one letter is underlined? Press Alt to focus on the menu (a common enough standard that it is usually not shown at all), then press that underlined letter's key. There's no big ugly "Alt-F" tooltip hovering over the File menu, though. No obtrusive, ugly, patronizing reminder. It strikes an excellent balance between subtlety and clarity.

Make the cue too vague and your player will have no idea what to press, if they don't do it normally. Make it too bright and you get articles like this one. What we need to look for are elements that do it right. I think color-coding is an avenue that could be explored, personally - except that color seems to be vanishing from consoles entirely. Handhelds have it easy, since you can refer to the positions of the buttons relative to the screen, but there's a woeful lack of standards to determine what the face buttons do, once you have more than two of them. On the Wii, you could highlight an area of the screen to move the cursor to and perhaps press a button, but that only deals with pointing, not waving....

This could just be boiled down to a game design issue. If you're making your player do something that they have not done recently, then you have to tell them how to do it. If giving them explicit instructions is bad and subtler instructions are infeasible, then the only remaining option is to not make the player do anything that they haven't already done. I should clarify - something that they haven't already done in that game. I don't know if that's the best answer... but software design is about compromises, and in this case we can treat games as software.
L

I believe the next evolution in these cutscenes will be something along the lines of Prince of Persia, but with more available options. Or rather, in God of War, upon grabbing an opponent, you can choose multiple moves to perform, all in a very cutscene-ish style. If they were to open the cutscenes to more customizable options (offering the player his own choice of action, rather than a narrow chain of buttons), then the cluttered could be moved off the screen.
G

I honestly have no idea how you could fix this problem while retaining the right sort of win/lose interactivity (not my job really), but I have to agree that prince of persia has done it right time and time again.

Even back in the warrior within days. When you climb on a giant, you move left and right to avoid his grabbing hands according to the character animations you see on screen. When the enemy is getting near death, perform one of a selection of moves to trigger a short but always cool dismemberment sequence. Never any obtrusive on screen cues and never any pictures of controllers or buttons. Perfect. 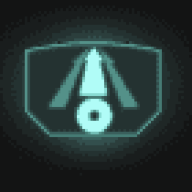 The Speed Kills are certainly more immersive than standard 'Press X to Not Die' quick time events, but the uncertainty of when to press the button due to the less-than-obvious shimmer effect and dagger gleam means they're quite hard to pull off.
Show hidden low quality content
You must log in or register to reply here.
Share:
Facebook Twitter Reddit Pinterest Tumblr WhatsApp Email Link
Top Bottom