How does one game become the poster child for an entire genre?

Jordan Deam said:
God of War's solution is deceptively complex. First, it took control of the camera away from the player. This is something of an "all or nothing" gamble: If players ever want to move the camera to allow them to look in a certain direction but find themselves unable to, the game is effectively broken. But God of War's level design avoided this scenario by perfectly laying out each room in such a way that players rarely even realize there is a camera. It's an incredibly intuitive and, dare I say, cinematic approach to level design, and it even frees up a second analog stick for dodge maneuvers as a bonus.
Click to expand...

I wonder why so few developers consider this approach. I wouldn't call it intuitive like you did, because it's such an old concept.

I think ever since the early Mario 64 games people have been noticing that 3D camera work is a tricky and often annoying component. A fixed camera won't work in every game, especially one with large open environments, but for linear brawlers like GoW it is perfect. I think it's good if that control is taken out of the player's hands within limits and only if it's done well. When Blizzard announced that Diablo 3 would stick to an isometric view I almost cried tears of joy...only to realise they dropped manual stat progression, goddammit.

I would totally play Gears of War meets Railroad Tycoon.

As to the topic at hand, however, I think it really depends on perspective. God Of War may be the posterchild for 3rd person action/combat games but I personally find the Team Ninja Ninja Gaiden games to be so much better. It may be commonplace for others to call, say, Dante's Inferno a God Of War Clone/Ripoff/Etc. but when I'm describing God Of War I tend to say that it's like Ninja Gaiden just with easier less technical combat and the greek gods added in.

There isn't a single mechanic in God of War that Hideki Kamiya didn't come up with for Devil May Cry. Give credit where it's due. God of War got its "gold standard" award because it wasn't Japanese thus the asthetics are more palatable, though all the design elements gameplay-wise are definitely Japanese.

Well, second place isn't so bad, right? I mean, especially when the thing you're being compared to hasn't had an iteration in a few years, right? Oh, what's that? You decided to try and put your second place winner on the market a month before the Titanic Super Giant comes out with the new, third part? Oh, wow, don't you feel insignificant. Not only does your product get measured up to the first two amazing, mindblowing, breathtaking installments, but now it's got to measure up to something that's received nothing short of a wall of "perfect" scores that has been in development for years?

Wow. That's harsh. Not even the coldest day in the locker room is that disappointing.

On the bright side, it does mean that that titanic super giant has rightfully earned their place. Whats sad is that other high-ranked titles can't claim the same, because they were in fact beaten out by not only the current titanic masterpiece of not only their own genre, but of other media. Think about Uncharted, where not only was it beaten out in the shooter and puzzler categories, but by the movies for National Treasure and Indiana Jones. Certainly, its a stellar example of gameplay, graphics, nosepicking, etc., but in describing it, we resort to calling it one of the things it uses for its idea, which is to say exploring ancient doo-dads, surviving chase scenes and bad guys, and becoming slightly more wealthy and renowned by the end of the movie game than you would have been otherwise. God of War...is. It's not like anything else, it is. It knows exactly what it is, and it made itself the biggest and baddest and meanest head-ripping-offist, neck-impalingist, eye-ripping-outist game around. And for that, we Love it.

There isn't a single mechanic in God of War that Hideki Kamiya didn't come up with for Devil May Cry. Give credit where it's due. God of War got its "gold standard" award because it wasn't Japanese, though all the design elements are.

DMC is more about frantic rushing and speed, maintaining its frenetic nature, whereas God of War is more about sweeping, fluid-yet-not-impossible motions, smoothly gliding from one movement to the next, while DMC manage to make it seem jumpy. Were the ideas taken from Kamiya's work? There were probably some designs brought about from his games, but Sony just took them and made them a bit better. It's not the innovation that we love, it's the combination.

The get souls from enemies as experience thing first came up in Onimusha not Devil May Cry.

Wow why are so many people boning over GoW recently >.<
I'm not arguing whether it's a bad game but I'm just seeing journalists and fanboys give reason after reason to hail it as some divine creation that descended from the heavens.
T

Ironically, God Of War has yet to interest me enough to invest in a single installment, even used. I've been playing Brawlers since their inception, and really don't think it's all that special overall.

Just an opinion mind you, nothing definitive.

The fact that it has so many rabid fans alone makes it something special, however I do not think that it will be that difficult to overcome in the long run if someone really puts their mind to it. The thing is that more people today are interested in retreading "Safe paths" and emulating what is working on other products, than really trying to improve anything signifigantly.

That said while I doubt the devs care, they're going to have to do a bit better to get my money. I *DID* buy Dante's Inferno because for whatever reason, despite liking greek mythology, that premise just seemed interesting to me on a level that God Of War never was.

Remind me of Yahtzee and his little Foray with this mentioning...

Its a little annoying at times, and, I think gets peoples expectations up sometimes (or does, depending how you look at it). Tis a shame really

The get souls from enemies as experience thing first came up in Onimusha not Devil May Cry.
Click to expand...

In which Hideki Kamiya was also involved in, yay CAPCOM. I should have said "Kamiya didn't come up with... period."

Jaredin said:
Remind me of Yahtzee and his little Foray with this mentioning...

Its a little annoying at times, and, I think gets peoples expectations up sometimes (or does, depending how you look at it). Tis a shame really
Click to expand...

Makes me wonder if Jordan is being meta by using the phrase to make his argument seem:

After all, we've watched developers create new iterations of pretty much the same first-person shooter for the last 15 years, but no single title or series has risen up to claim the title of "FPS Archetype."
Click to expand...

Just to nitpick... but after doom came out for several years all FPS games were deemed "Doom Clones"

Apart from that excellent article

But Dante's Inferno wasn't this.

It was a clone of God Of War, so close in fact that some gamers were wondering if Sony could sue EA over it. [http://lawofthegame.blogspot.com/2010/02/lgj-dantes-infringement-or-lack-thereof.html]

In my review [http://www.xboxworld.com.au/games/xbox-360/dantes-inferno/review.htm] I talk about how it seems like the developers only understood the poem at a very basic level.

They completely missed the Contrapasso aspect of the poem that could have been so easily worked into the game, making something interesting and new for gamers to experience.

Instead, they just went all "violence and sex is mature" and ruined a good idea. 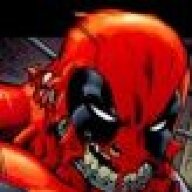 There's too many flavors in the brawler genre that God of War can really be said to "define" the genre. Awesome games though.
S

Kind of a shame no one remembers that Dynasty Warriors did almost everything Onimusha, DMC etc do, before they did.

God of War is mainly ab example of everything coming together to strengthen the whole product in the end.

I still don't see how God of War is the standard. I always figured everyone agreed DMC was the standard. Why is God of War the standard? Do we have a committee to decide these things? DMC had locked cameras, and IMO it's combat is superior to God of War's in every single way.

Why would I have what, in my eyes is an inferior game as the standard which to set everything?

Also, let's be fair. God of War is VERY similar to Rygar. What's that? You haven't played it? How about you let these two chaps put it in perspective for you:
http://www.youtube.com/watch?v=oJY548vbzlk

God of War did NOTHING original.
NOTHING.

Yet it's constantly hailed as amazing and every game that's LIKE God of War is ostracized because of it's similarities. Why, then, does God of War get off scot fucking free?

I just literally cannot believe people simply IGNORE things like this. Not even just casual players. Members of the press should KNOW these things, they should have played these games. I can't possibly be the only person whose recognized the similarities of God of War and Rygar and it just blows my mind that people whose job it is day in and day out to write about video games just don't KNOW about these games. You should! Even if you haven't played them, you should know they exist. They aren't hiding, they aren't unknown.

How do these things happen? I'm really losing my faith in gamers of all walks of life. 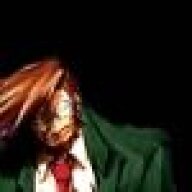 It's true. Honest, the first impression I got when playing GOW for the first time was "Cool this feels like DMC".
M

Simple, if you have played God of War you know it did pretty much everything right. The prize doesn't go to first place in this kind of thing, it goes to the people who do it best. I can't think of any game with the same components as God of War let alone any game I loved as much.

Combat visceral, characters don't fuck about, hero is pure ************ to the core and you still can't help but love him, every last quick time event was beautiful and exhilirating.

Name a game that beats God of War on the same terms.