Opinion on the "Fantastic Four" films

While I've never really been an invested fan of Fantastic Four or comic books in general, I've always liked the first live-action Fantastic Four film. Not the sequel, which I had an overall "meh" feeling towards (although the confrontation between the Human Torch and the Silver Surfer was pretty cool), but I think that the first one had a nice plot, likeable characters, and an engaging storyline. It's by no means the best superhero film, but I still think it's good and worthy of multiple views.

The first one almost wanted to be a character study, not a superhero film (but didn't have the characters, writing or acting to pull it off). They only really use their powers at the end, and by that point, I was wondering why we even bothered to watch them for two hours.

The second one at least had them, y'know, be superheroes. The only problem was that the action scenes were dull and not very creative. But at least it was making an effort.

Both movies were pretty awful. Coming from a Fantastic Four fan this may be rooted in how blatantly inaccurate so much of the films are to the source material, but Marter did a good job summing up what's wrong with the movies outside of that.

Those movies are so lucky that Steel exists, or else they would be the worst big-budget superhero movies to ever exist. 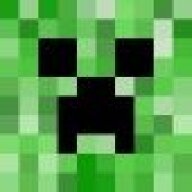 The first fantastic four was ok. I didn't feel like I had lost an hour of my life, but I have no inclination to ever watch it again or recommend it to anyone.

The second one was bad. Not the worst recent superhero movie (Green Lantern gets that honor), but it was pretty bad.

Fantastic Four is 0 for 3 in successful adaptations, the worst record of any superhero/comic franchise to date.

It makes me sad that so far nobody really "gets" the oldest family in comics.

What? Fantastic Four movies? With Chris Evans as the Johnny Storm, also known as The Human Torch?

Nah, that's just silly, he can't be The Human Torch and Captain America, so I'm going have to call shenanigans on what would probably be terrible movies.

They didn't completely suck, and they weren't boring or insulting, but BOY did tgey have faults. And "Dr. Doom" got completely raped.

Ah they weren't that bad considering. I just see them as cartoons.

I mean they aren't as bad as elektra.

The first one was the worst superhero movie I've ever seen by miles and miles. The second one didn't try really, and just went with goofy shenanigans and so-so special effects instead of a plot or interesting characters. I kinda liked the second one.

grey_space said:
Ah they weren't that bad considering. I just see them as cartoons.

I mean they aren't as bad as elektra.

I liked Elektra more. At least it was entertaining (and somewhat shorter).

Marter said:
I liked Elektra more. At least it was entertaining (and somewhat shorter).
Click to expand...

But not like the first Mortal Kombat. which rocked.

The FF movies at least had a certain childish charm even if they did fuck around with canon.

Fappy said:
Both movies were pretty awful. Coming from a Fantastic Four fan this may be rooted in how blatantly inaccurate so much of the films are to the source material, but Marter did a good job summing up what's wrong with the movies outside of that.
Click to expand...

I'm not really a big FF fan, and only know about them insofar as they frequently crossed over with Spider-Man.

I'm pretty sure the movies were awful on their own merit.

The first movie was more interested in how super powers affect one's early morning bathroom routine than in talking about the characters or the plot.

As to the second movie...Honestly, the only thing I remember about it is being distracted by how absolutely fried Jessica Alba's hair was by that dye job.

So no, neither movie made a good impression on me.

I honestly don't think the first movie is THAT bad... it is by no mean good and it has a lot of stupid going on (Top of my head: They are hailed as heroes for saving people on the bridge... but they created the accident in the first place!)... but the movie is actually interesting when they are just interacting between each other.

It totally falls apart when it remember it's about super heroes tho.

The second movie is worse... because it's mainly about them being super heroes.

Doom is terrible in both movie, which is amazing considering how great he is in the comics.

The first movie has something that really nags me going about it tho... the 'I want to be normal' Schtick. I can understand for Ben, who's power really mess up his life... and I think Johnny is actually reacting the way most people would if they suddenly found out they had super power. But why do Reed and Sue want to lose their power exactly? It makes no sense... they have power with no actual drawback of anykind and are both extremely powerful in their own way.

They were both mostly awful. The first one had a bit of potential. Chris Evans was perfect as the Torch, and Michael Chickliss was great as the voice of Ben Grimm. But not so much the body, in either form. (The Thing so should have been CGI, or at least a full animatronic and not the bad makeup job. Heck I think Roger Corman got the look better in his horrible unreleased 1980's version)

Jessica Alba is a good physical actress. She moves well and has a certain catlike grace and playful sensuality. Whereas her ability to deliver dramatic lines is not her strongest asset. She would have been much better suited to a role such as Black Cat in a Spiderman film or The Wasp in an Avengers film. The very nature of the Invisible Girl was running counter to her strengths as an actress. sue Storm needed someone who seemed to more naturally be an uber smart nerd girl, not "the hot chick". This was made worse by some of the Marvel Ultimate FF books sort of picturing Sue Storm as more looking like Julia Styles.

Ioan Gruffod (sp?) as Reed Richards and Julian McMahon as Doom were just completely and utterly awful, and killed the movies for me. They were so far outside the established characters as to be painful to watch.
Show hidden low quality content
You must log in or register to reply here.
Share:
Facebook Twitter Reddit Pinterest Tumblr WhatsApp Email Link
Top Bottom