piinyouri said:
Being that it's only up to the channel owner, I don't see a problem with it.
If a channel I enjoy starts doing it, I stop watching, and I'd imagine a lot of others would too, equating of course to lost subscribers, which no channel owner wants.
Click to expand...

I wouldn't doubt a lot of providers would do just that if they though it was true. Now, I have no idea if it is, but I'm sure if it is we'll see a fast model change.

OT: Most of the stuff I watch is worth what I pay for it. Ad time. I won't be paying for it. If they go premium, I won't bother. However, as a separate service for certain channels (this seems more a television style thing), I MIGHT consider it.

In fact, I've long wished more providers would come up with pay services. I'd kill to be able to buy JUST HBO. I'm not paying a hundred bucks a month for channels I don't use in order to pay extra for HBO, but if they charged me, even at a premium price, I might. And if this was all through a service I already use, like Youtube, even better.

As it is, the options look like crap and not worth my money, but as long as it's not creeping into my free(ish, since I'm still burning time to pay for them) programming, I don't give a damn.

lunavixen said:
As long as the channels i watch don't become subscription, it's okay because it doesn't impact me, but once it does, those channels will be losing a subscriber
Click to expand...

Pretty much this. There are very few Youtube uploaders I'd consider worth paying to watch, considering most of them upload an average of about thirty minutes of content a week.

Youtube's buffering is crap NOW, but It is not a crap service b/c it's free. Moreover, why would I pay for any of the premium channels listed?

Youtube is youtube (and crappier since Google acquired it). If they want to be Netflix, they should create a separate service.

Here's hoping this becomes something akin to Netflix except world wide.

There's no way I'd be willing to pay a subscription to any of the channels I'm subscribed to at the moment, but I'd be all for paying a $5 a month for the latest episode of Bob's Burgers, South Park, the Walking Dead etc to show up in my Youtube feed.
A

I don't like the idea, but hopefully not many channels I want to watch will use this service. I don't see myself paying for them.

Basically, yes it's a potential slippery slope, if we get too far down it, youtube could find itself no longer the main video site on the web. 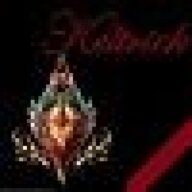 Seriously guys? The community and artists on Youtube are what draws traffic. They know this. It's not like Youtube themselves is generating anything that's really of note. Since youtube is not about to make YOU pay for Ray William Johnson's videos, I think it's safe to say this is an okay step. They have internet dominance due to being the internet video hub, for people to easily and freely share their own content.

As everyone has stated, if they DIDN'T keep it free and easy, they would be shooting themselves in the foot. They are not about to scare off the fans and creators who keep their site going, by charging for its use. It is the same reason FACEBOOOK or Twitter or Google don't charge. They make more money, and sustain their traffic with the system they have, and they would actually LOSE money and clout if they started attaching fees. People would just gravitate away to free things. if Youtube starts charging, people will simply not use youtube anymore, and blip or something else will take it's spot.

They know this too. Their system is working for them. Don't expect them to be charging a subscription, or access fee to other people's channels anytime soon. I'd actually be okay if a youtube artist, or channel owner could make their own premium content, and charge for it, but Youtube as a company wont, anytime soon.

i dont know any of these channels but based on the names, it seems like they are trying to replace television. you dont get cable tv for free so it stands to reason that these wouldnt be free either. this doesnt really make me concerned that ill eventually have to pay $5 to watch the content patch every night

The worst part to me was the idea of paying monthly per channel. One of the channels was asking for $10/mo just for their channel, when Netflix charges less than that for like, 100s of channels of professionally shot/animated/written material. So...no way. No channel that I subscribe to is worth $10/mo, but it has been worth keeping a program off to help them out.

Agreed, it's something to remain skeptical of.

If the channels I watch on a regular basis decide to adopt this BS system then those channels can fuck right off.

For the time being it looks like this is a system for content that would also/otherwise be on TV and that the subscription resembles that of a TV license or something. Which is good for me because I gave up on watching TV years ago.

Well, that kind of sucks.

I'm increasingly fed up with YouTube in general. Yeah, yeah, "entitled" modern Internet user wants free stuff... I wouldn't mind it so much if there were more viable alternatives, but the fact of the matter is that while other video sites exist, if you want to get something seen, it's on YouTube. And YouTube has gone from the glorious wild west frontier where you could catch recent TV shows if you were willing to watch them in seven-minute chunks to this monstrosity where you're exposed to five different advertisements as you struggle through to watch... a thirty-second advertisement that you actually wanted to watch.

(For @$%#'s sake, Google... you can't make me believe that you, of all people, are getting charged that much for bandwidth.)

I'm not unwilling to watch an ad or two to pay my way, honestly, but trying to get me to watch a video advertisement that's longer than the content I'm actually trying to access and then popping a banner ad over the bottom third of the viewing window? That's just bullshit.

...Uh, off on a tangent. Subject at hand, though: Monty Python, bless 'em, not long ago released more or less their entire show on to YouTube for free in their own channel. The impression I get is that they basically said, "Everyone is ripping off our stuff anyway, and we're getting exposure, and they think we're still funny, which is sort of flattering. If we do it for ourselves we can get some goodwill and actually bring people back to buying our products, since if we release it ourselves we can have proper attribution and links and all that good stuff."

So, now, if you have even a relatively narrow audience, instead of doing that, you may say, "Hey, YouTube, how come I don't get my own paid channel"? There are downsides to a big noisy marketplace where you shout and wave your arms and maybe still don't get heard, sure. But I think I still prefer that to a bunch of gated compounds where you pay your entrance fee and then find out the creator's content is shit.

Oh look, two thirds of them are unavailable.

The really funny part is that I'm in Canada, which is essentially the US in every single bloody way involving the internet. I'm actually unsure of what the rationale is when they choose which ones are allowed and which ones aren't. 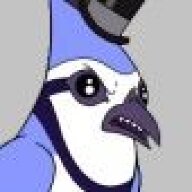 So long as the main site is free, I'm fine with it. Besides, there's always piracy.

...alright, I'll just not watch those channels...lucky I never watched them in the first place. Lets just stick to that though, if ever video became "pay to watch" I think I'd end up watching tv.

BanicRhys said:
Here's hoping this becomes something akin to Netflix except world wide.

There's no way I'd be willing to pay a subscription to any of the channels I'm subscribed to at the moment, but I'd be all for paying a $5 a month for the latest episode of Bob's Burgers, South Park, the Walking Dead etc to show up in my Youtube feed.
Click to expand...

This. I doubt many of our "traditional" YouTube channels are going to become subscription-only because generally they don't produce enough worthwhile content a month to justify actually paying for access. This new system however could allow TV series or better quality Internet shows to develop their own online niche and I'm all for that. They aren't going to replace the free YT shows we watch and so there's no need for anyone to worry.

Well, a quick check shows me these all are TV channels that you'd have to pay for to get normally. That said, I have never heard of them and none of them interest me. I also doubt that many people who watch those channels will actually pay for them anyway as they are probably already paying to watch them on TV.

So long as the people I watch don't do anything, I'm fine.

lacktheknack said:
Oh look, two thirds of them are unavailable.

The really funny part is that I'm in Canada, which is essentially the US in every single bloody way involving the internet. I'm actually unsure of what the rationale is when they choose which ones are allowed and which ones aren't.
Click to expand...

Ugh this always pisses me off to no end. The internet is supposed to be open and free, since when did they start drawing boarders around it? And being Canadian it's even worse than the BS region locking because with that we at least are grouped into the same category.

I don't really see the problem.

They are charging for "premium" content and not user made content. This isn't that much different form Netflix except that it got free content too. I guess this could mean a bad future for Youtube, but I'm not too worried since it's up to the person who owns the channel. 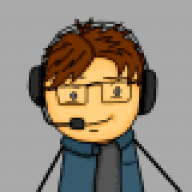