Since the in-house apparently put the PC so low in consideration that they would let another studio handle it completely, perhaps it's a GOOD thing that they aren't the ones doing it? 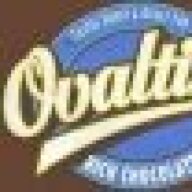 I cannot wait for this game and I thought I was getting it on the PC so I could nostalgia so hard my brain imploded but there goes that dream. Now I will play it on my xbox and be reminded every step about Invisible War.

lostzombies.com said:
I have no faith in the game regardless. I remember Deus Ex:2 far..FAR too well.
Click to expand... 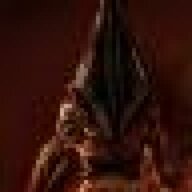 Well no pre order for me.
M

Ugh, well I can't say I had high hopes for the game anyhow. Actually I'm just finishing up playing Invisible War and I have to say the game play is easily worse than I remember.

Honestly, so long as the new game keeps the skill system, the large levels (none of this loading screen to enter the coffee shop bull) and the multiple ways to get through the levels of the original I'll be relatively happy. However, I never had much faith in Deus Ex 3, so I'll be waiting and seeing. This news doesn't change much for me.

Irridium said:
They did Kane and Lynch 2, not 1.

Granted Kane and Lynch 2 wasn't that great either. Since if you wanted to play on a LAN, you need to use a 360 controller. And this is not mentioned anywhere.

I am completely baffled by this...
Click to expand...

Not online, but on a LAN. But yeah, still stupid as hell.

Ok so it might be decent since its getting a while studio porting it.....mmmmmmm

Doom972 said:
Sound like this is going to be a repeat of Deus Ex: Invisible War.
The original Deus Ex was so great because it was developed for the PC and so the limitations of the consoles weren't a problem.
Click to expand...

But the game was ported to PS2, mostly intact. That certainly says something, doesn't it?
Click to expand...

Porting from PC to console usually just means reducing graphics/level size so the console could handle it.
Porting from console to PC means making it compatible with different types of hardware, allowing the player to customize settings, etc. These things are more complicated and take more time and effort. Giving a third party a console game with a time limit and strict budget to make a PC port always ends with a buggy game that requires much stronger hardware than it should.
I'm glad that they announced it because I tend not to notice this kind of stuff until it's too late.
I won't buy the augmented edition and perhaps wait a while for reviews and maybe a price drop.

The First few awesome trailers for this game had pushed my proverbial "interest meter" pretty high for this game.

Now it seems that the sole purpose of Eidos Montreal and this Nixxes people, is to try and whittle that meter into the negative.......and it's getting there, trust me.

jeretik said:
This was never going to turn out well, people. Keep in mind that the guy in command is not Warren Spector and he doesn't have a clue about Thief and System Shock; therefore, he cannot make a good Deus Ex game.
Click to expand...

Okay, that's a little ridiculous. Unless you're being ironic. I honestly can't tell.

Brilliant Game but on the PC suffers from massive slowdown when traveling at speed regardless of hardware, dsyncing between players in Co-Op especially while driving. Also requires a processor to be running at exactly 3.2ghz or will speed up/slowdown accordingly.

Buggy and broken beyond all hell. Sound only comes through one speaker during cut-scenes. Buttons change what they do from the menu's. Loading times from hell. Uses only 3 out of 4 processors and prone to crashing... just to name a few.

A PC game that does not support the mouse and no menu option to quit the game? Classy.

Menu's all in consolenese, no graphic settings outside of the 3 default graphic modes.


Edit: hell I can add you a few more.

Great games but have the UI from hell. All menu's have been designed for the console crowd and inventory management is absolute hell for the PC. This shows itself big time in New vegas with all the gambling games using arrow keys and you have to use the keyboard shortcuts to do any of the actions because the mouse click detection only works on certain parts of the words.

Lara Croft and the Guardian of Light

Beyond Good and Evil

Messed up sound, Video to Voice desync in cutscenes, terrible mouse and keyboard controls. Requires a ton of fussing just to get it running.

Chock full of goodies like it telling you not to turn off your console while saving and the game asks you to press various 360 control pad buttons throughout the game.

All menu's in consolenese. Keyboard controls are hell. Game is very much intended to be played with a 360 pad and makes no qualms about it. Graphic options consisting entirely of "Low, Medium or High" and in game display options of "adjust your brightness and contrast!"


I could go on, I mean I haven't even scratched the surface of games that were good on the console that suffered massively on the PC due to poor porting.


As for Console - PC ports that do it right I will even help get you started. Batman: Arkham Asylum... now all you need to do is find 4 more. Good luck. 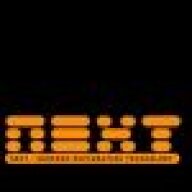 This makes me nervous, particularly when it comes to patch support. It could go either very well or terrible. Time will tell.

Dont forget that everytime that the game's PC community made a 3rd party patch to include options to change game options, like field of view, bastards at gearbox would patch it out!

PC Ports being half-assed, low budget works is just par for the course.
After all, business trumps everything. Eidos can't afford any dalliance now, especially now that their parent company took a major hit to their profit margins. They must focus on the console version(s). The PC version is going to be inferior since Eidos still controls the core gameplay development process; that much is certain.

Actually getting a decent port with solid controls, a better/adjusted interface and fewer bugs would require time, money and effort, and Eidos just flat-out admitted that it lacks two of those.

Assuming we don't get a repeat of the disastrous launch of Invisible War for PC (which was unplayable out-of-the-box), the game might still be worth playing on its own merits.

Well damn. Luckily I have Xbox, but I was looking forward to playing this one on PC. 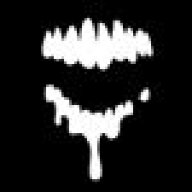 lostzombies.com said:
I have no faith in the game regardless. I remember Deus Ex:2 far..FAR too well.
Click to expand...

GrizzlerBorno said:
The First few awesome trailers for this game had pushed my proverbial "interest meter" pretty high for this game.

Now it seems that the sole purpose of Eidos Montreal and this Nixxes people, is to try and whittle that meter into the negative.......and it's getting there, trust me.
Click to expand...

Didn't you play the first Deus Ex title after seeing the trailers? So that you could catch up with the continuity? Well, I guess something good came out of it!

OT: Looks like Eastern European devs will be getting all the love from the PC community...

EDIT: Checked out Nixxes, looks like it's a company that specializes in ports and has ample experience with PC ports specifically, and also a company that has been in business for a rather long time and employs some (as far as I know) highly competent (ex-)demoscene wizards. This makes me more confident that the port will be good if anything.